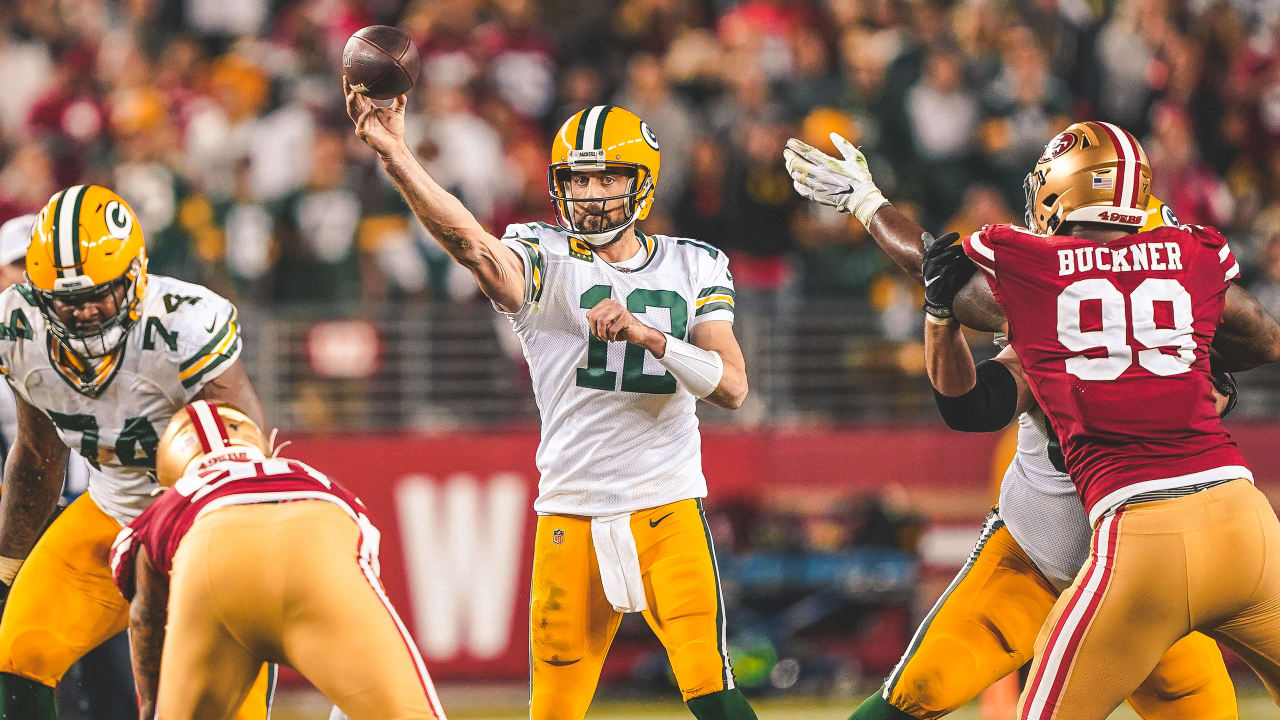 The San Francisco 49ers are one win away from a trip to Miami to close out the 2019-20 NFL season. However standing in their way are the No. 2 seeded Green Bay Packers. Aaron Rodgers and Co. are looking for redemption in their second trip to the Bay Area following the 37-8 loss to the 49ers in the regular season.

Packers.com writer Wes Hodkiewicz joins us to discuss several key topics heading into Sunday’s NFC Championship matchup. Here’s what Hodkiewicz had to say about Green Bay’s rematch and key players to watch for on Sunday.

Q: Green Bay was able to quickly wash the bad taste out of their mouths after that Week 12 contest against the 49ers, winning out the final five games of the regular season and earning the No. 2 seed in the NFC. Now looking ahead to Sunday’s rematch, what’s the mentality of the team heading back to Santa Clara?

Hodkiewicz: Confident. The Packers have won six straight since that loss, three at home and three on the road. Finally getting a win inside U.S. Bank Stadium not only gave Green Bay its first NFC North title in three years, but I think it also was important for the psyche of this team. The Packers survived a nail-biter against Detroit but then put their first-round Bye to good use with a fast start against the Seahawks. The Packers feel like they learned a lot from that loss to the 49ers. I believe that was a measuring-stick game for Green Bay to see where it still needed to improve.

Q: Za’Darius and Preston Smith shared 4.0 sacks in the Divisional Round against Russell Wilson, who isn’t the easiest quarterback to corral. The two have had a monster year, combining for 25.5 sacks. What has allowed successful first seasons for the duo in Green Bay?

Hodkiewicz: General manager Brian Gutekunst was banking on the Smiths having their best football still in front of them when he signed Za’Darius and Preston to lucrative deals last offseason. He was spot on in that hypothesis. The Smiths have been a revelation for the defense and the locker room. They’ve changed the culture on that side of the ball and been at their best in the biggest games the Packers have played. Za’Darius also began lining up everywhere in the defense after the first matchup with the 49ers. I imagine his utilization will look much different than the last time these two teams squared off.

Q: Davante Adams was the highlight of the Packers offense against Seattle in the Divisional Round, breaking Playoffs records with his eight-catch, 160-yard, two-touchdown performance. Why was the Rodgers-to-Adams connection such a problem for Seattle, and what makes Adams so dangerous in Green Bay’s offense?

Hodkiewicz: Rodgers trusts Adams as much as any receiver he’s played with. He said after Sunday’s game he’d put his connection with Adams right up there with Jordy Nelson, whom Rodgers played with for 10 seasons. They’re two of the best to play their respective position but the attention to detail is what makes that relationship so strong. The Packers moved Adams around a lot against Seattle and challenged the Seahawks to travel either Shaquill Griffin or Tre Flowers with him into the slot. They didn’t do it and Green Bay took advantage of that mismatch. Adams made several jaw-dropping catches in that game to propel the Packers to this game.