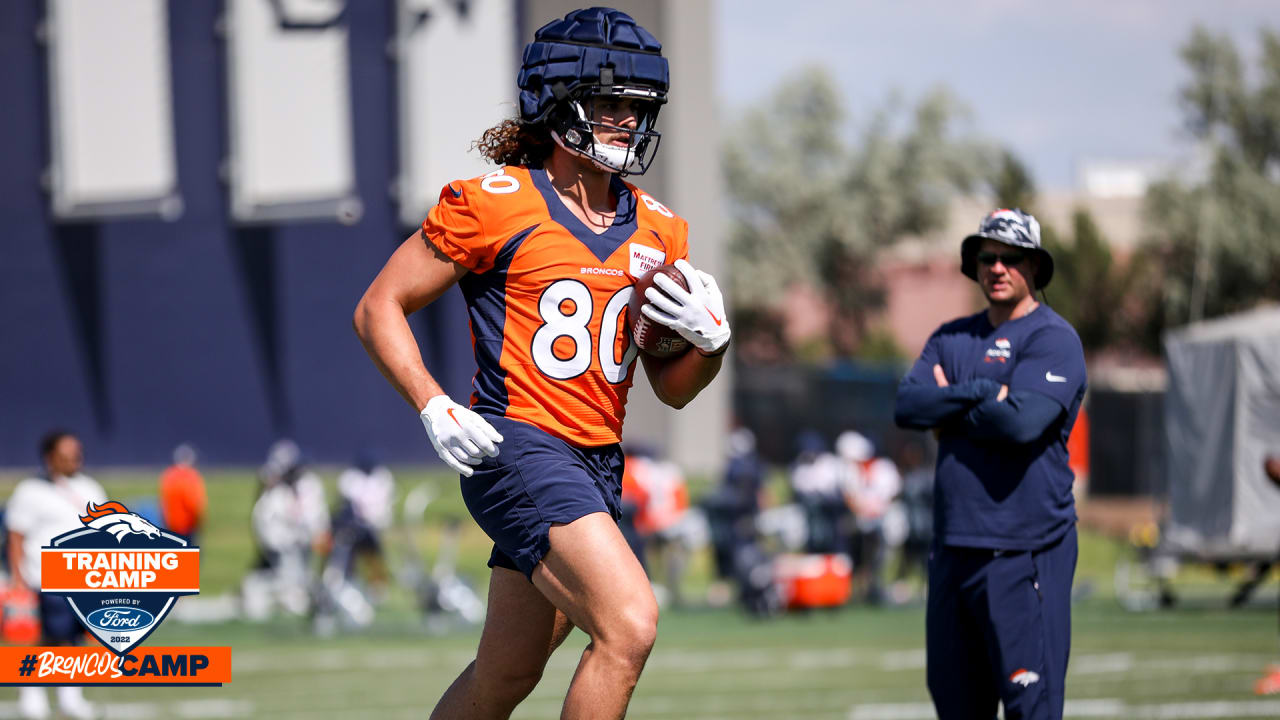 ENGLEWOOD, Colo. —When the Broncos drafted Albert Okwuegbunam in 2020 and Greg Dulcich in 2022, the Broncos hailed their athleticism and ability to create mismatches.

“From a tight end standpoint, those guys are always the most unique, dynamic guys out on the field because they can do so many different things,” Paton said in late April of Dulcich. “When you have a guy that can stretch the field like he can, it’s really exciting. … It’s not just the intermediate stuff — but the [impact he makes] truly down the field. At the same time, [he has] the ability to strain and block in the run game. I think he showed a lot of stuff.”

Following Tim Patrick’s season-ending knee injury, both Okwuegbunam and Dulcich may need to quickly live up to their potential.

Over the past three seasons, the Broncos have totaled 43 passing touchdowns in the red zone. Patrick is tied for the team lead — with former Broncos tight end Noah Fant — with eight touchdowns. Courtland Sutton ranks third with four scores, and Albert Okwuegbunam, Melvin Gordon III and Javonte Williams are tied with three scores apiece. No other current Broncos has more than red-zone touchdown over the past three seasons.

The Broncos will naturally need a player or two to step up in Patrick’s absence, and it could fall on the bigger-bodied Sutton, Okwuegbunam and rookie tight end Greg Dulcich.

“[They’re] going to have to be,” said Head Coach Nathaniel Hackett when asked if Sutton, Okwuegbunam and Dulcich would be the players who could step up. “Flipping it, obviously very upset [Patrick’s] not here, but now here’s an opportunity for somebody to step up. Especially in the red zone, to have the opportunity to make some touchdowns, utilize some different people, that’s what we’re going to have to do. And in that area, you always want everybody to have to cover the whole field … and all the skill guys. It’ll be exciting to see who is going to step up. Somebody’s going to have to.”

The Broncos’ tight ends may also need to step up in the middle of the field to replace Patrick’s sizable frame. The 6-foot-4 Patrick was able to haul in 50-50 passes and box out smaller cornerbacks. Okwuegbunam (6-foot-5, 258 pounds) and Dulcich (6-foot-4, 245 pounds) may be bigger than an average receiver, but they both have impressive speed and quickness for tight ends. Both players could serve as an advantageous piece if they are split out from the line of scrimmage.