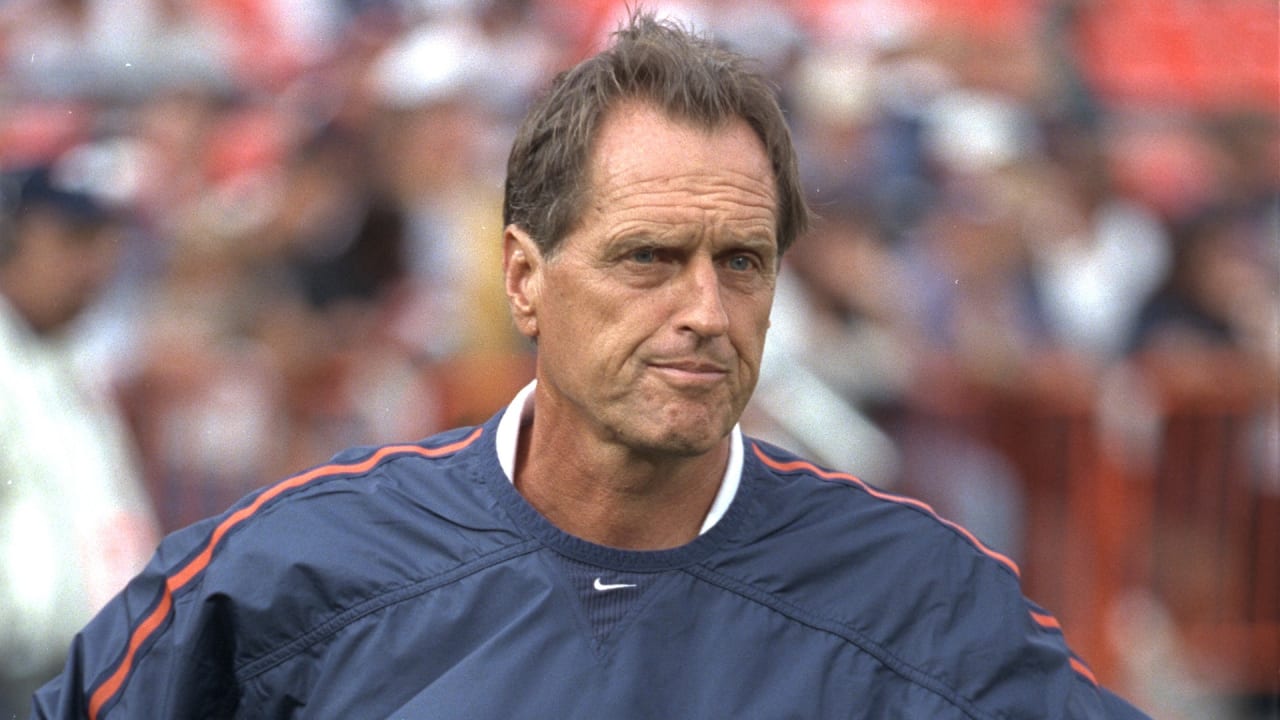 One of the other ways Gibbs contributed to the culture, at least within the offensive line room, was with something that came to be known as the kangaroo court.

The kangaroo court, which applied just to the offensive linemen, would fine its members for any violations in speaking with the media, among other things. It became a quirky and somewhat infamous local side story as Denver went on its back-to-back title runs.

“If there was an article written in the Boston Globe and Tommy Nalen thought he was going to sneak [something] — Alex had spies all over the country that would send in the newspaper,” Schlereth said. “They’d FedEx overnight the newspaper clippings. …

“If I did something for the Anchorage Daily News, he’d find a way to get it and he’d have it in the meeting room. So you thought you could get away with it with your local paper or you did something for the University of Idaho or Spokane Tribune or whatever. That son of a gun would find it and he’d have it. Like, he would have the physical [copy] — not quotes, like faxed over. He’d have the actual paper. It was incredible.”

Fines were mostly just distributed for speaking with the media, but it occasionally included other faults, as even the head coach soon discovered. Once, after naming Gary Zimmerman a game MVP for his performance in a Monday night win over the Raiders, Shanahan received a $310 fine for “kissing up” to the veteran tackle, Adam Schefter reported in 1996. Zimmerman, a co-creator of the kangaroo court, was not exempt and was himself fined for receiving the honor.

Then, near the end of the season, the kangaroo court would pool the money it collected for a group outing. Before Super Bowl XXXIII in 1999, they used the funds to rent three white limousines and pay for their nearly $1,900 bill at Joe’s Crab Shack in Miami Beach.

Though a league-wide media policy revision later outlawed the no-talking policy in 2007, the camaraderie built by it in the Broncos’ offensive line room lasted quite some time.

“It was in jest and in fun, but it was just another game within the game,” Schlereth said. “One of Alex’s big things was to create this environment where we were completely committed to one another. Completely sold out for one another. That was part of the game.”

Shaping that bond may have been Gibbs’ biggest impact on his players. The on-field success made quite an impression on them, but it pales in comparison to the other things he did, like an end-of-week tradition where the conversation departed from the bounds of football.

“One of the things I enjoyed more than anything, was on Friday afternoons, we’d shut down the meeting a half-hour early, and he’d put a topic on the board,” Schlereth said. “It was a life topic. We’d have a discussion. Part of that was building the culture of our room.”

Football may have brought these men together from their roots that ranged from Alaska (Schlereth) to rural Georgia (Tony Jones), but the opportunity to connect people from such different backgrounds for more than just the sport was invaluable for Gibbs.

“You’ve got guys that are coming from different parts of the country, different schools, different economic backgrounds and social backgrounds,” Schlereth said. “He just wanted us to be really tied together, to really understand that even though we may have some differences and we grew up in different parts of the country and had different experiences, we’ve got to be in this thing together. So, let’s embrace the fact that some of those differences are what makes us great together as a group. It was really cool. We were just very tightknit.”

Those bonds remained well after Schlereth’s and his teammates’ playing days were done. Before Gibbs passed away due to complications from a stroke, several of his former players made their to his Phoenix home to visit with the man who had so impacted their careers and their lives.

Tags: he was would