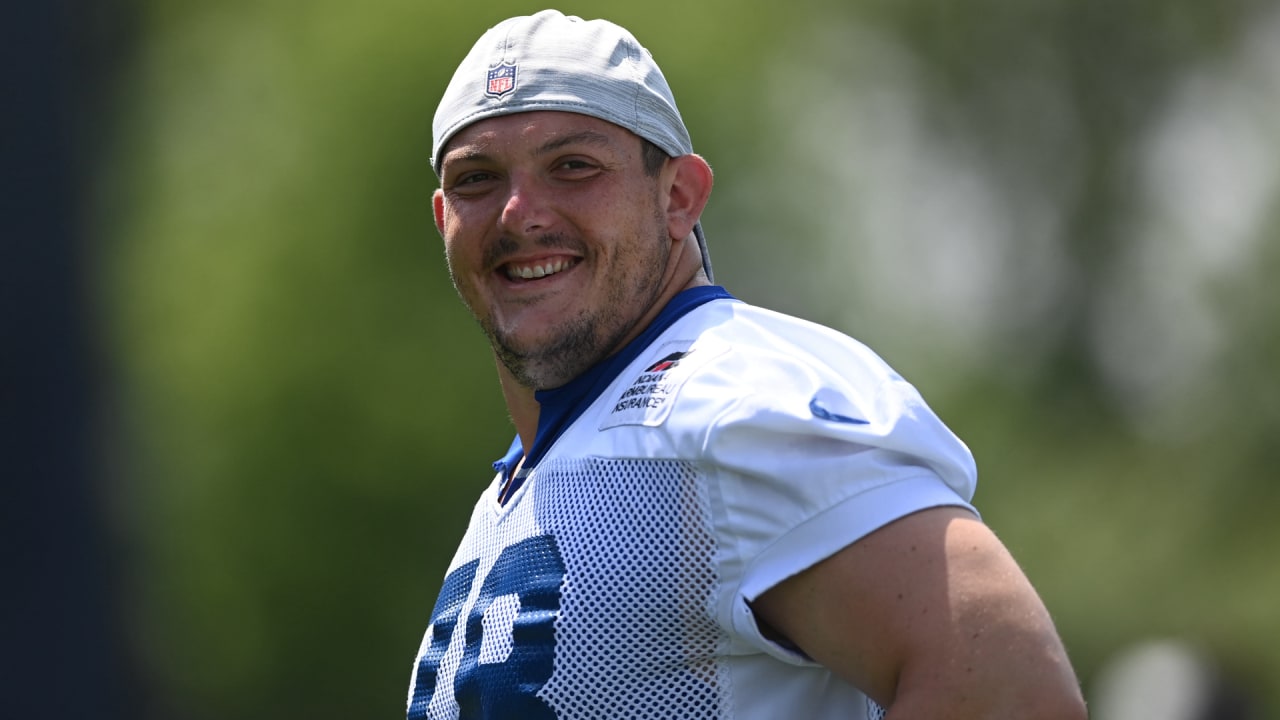 When the second annual Tee Off For Tyler Charity Golf Classic kicks off Monday at the Bridgewater Club in Westfield, the Colts will be there – as they’ve been for the Trent family over the last few years.

You probably remember Tyler Trent’s story – his courageous battle with osteosarcoma, his inspiration for Purdue’s massive win over No. 1 Ohio State in 2018 and the legacy he built for cancer research in life and death. The Colts, through the generosity with resources and time from Owner and CEO Jim Irsay, chief operating officer Pete Ward, general manager Chris Ballard and countless others, supported Tyler and the Trent family behind the scenes.

Ballard visited Tyler at his home in Carmel every week during the fall of 2018. Tyler and a group of those close to him – including his family and Trey Mock, the man behind the Colts’ mascot “Blue” – flew on Irsay’s private plane to Nashville to watch Purdue play in the Music City Bowl just a few days before he passed away at the age of 20.

“He was just so humbled that they would take the time and make the effort to encourage him and show their support for him,” Kelly Trent, Tyler’s mom, said. “It really is what bolstered him through the end of his life. We say all the time really all of the sports figures – the Colts being among them – are what kept him alive longer. And we really believe that.”

“I know they’re busy, I know they could be doing a million other things,” Kelly Trent said, “so we’re just incredibly grateful.”

“Losing a child is the most painful thing and the way they live their lives every day and try to honor him and just meeting his brothers is really special,” Kelly, who participated in last year’s Tee Off For Tyler outing, said. “I didn’t know (Tyler) personally but you can always tell the effect he had on people by the way a charity golf outing goes. It’s just so well done, the sponsors are fantastic and they raise a lot money for pediatric cancer, which is amazing too.

“It’s about raising money and for them, it’s that their son’s name never gets forgotten.”

Ehlinger, who in 2018 quarterbacked Texas to a Sugar Bowl win over Georgia, remembered Tyler’s story well and was happy to do what he could to help the Tyler Trent Foundation – even if he’s a self-admitted “terrible” golfer.

“Pediatric cancer is obviously horrible and any way that we can support as an organization with the platform that we’ve been given to help for a great cause, we want to and are honored to and are glad that we’ll be able to be a part of it,” Ehlinger said.

Supporting research for pediatric cancer and osteosarcoma (a type of bone cancer) was Tyler’s passion, Kelly Trent said. And through the support of teams like the Colts, as well as Purdue University, the Indiana Pacers, sponsors, private companies, individuals and, of course, his family – Tyler’s passion will continue to make an impact for years to come.

“You look at from the very top of our building to the very bottom, it’s all about community-based stuff,” Kelly said. “Obviously winning is hugely important, it’s No. 1, but what we can do in the community and the lasting impression that we have among people, especially kids – and (Tyler’s) story touched a lot of people.

“It’s awesome it’s an honor to be there and to donate money, donate things to be auctioned off and raise money so hopefully kids don’t have to go through the same things.”