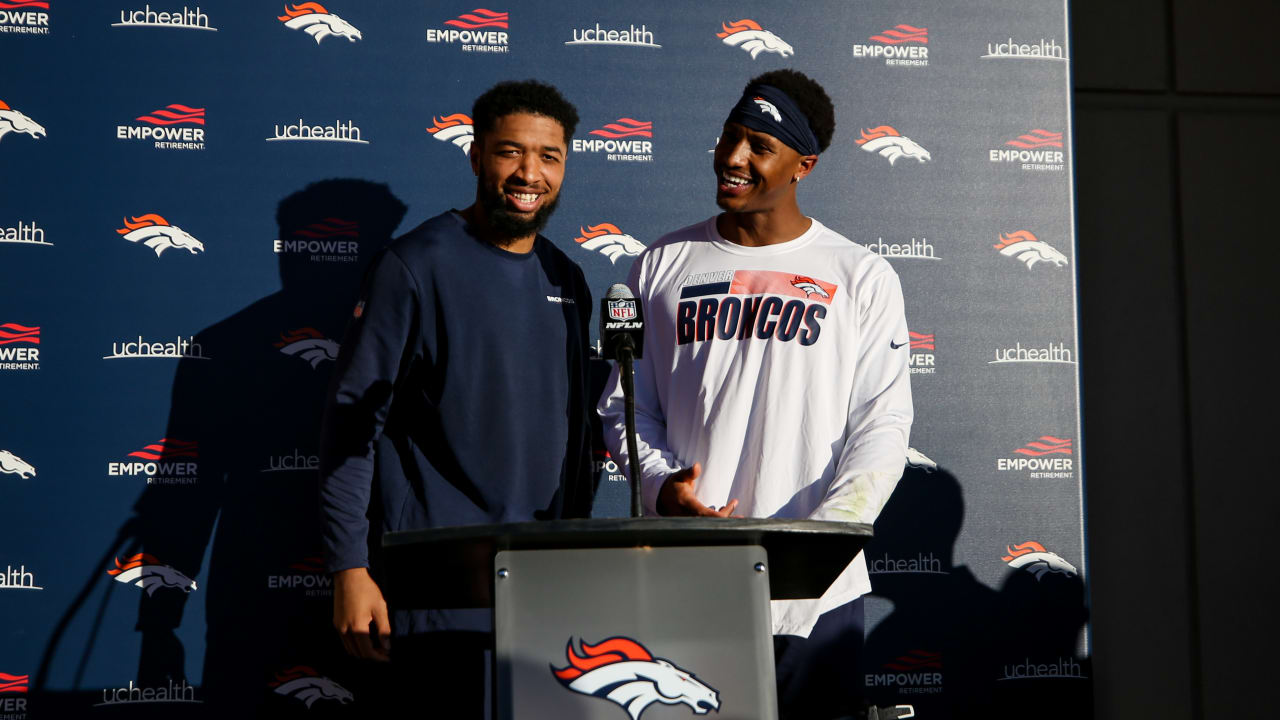 ENGLEWOOD, Colo. — As the 2021 season continued and the Broncos crept closer to free agency, some outside the organization believed Denver was inching closer to a difficult choice.

The Broncos’ top two receivers were both slated to be free agents at the end of the year, and there was no guarantee both would be back in Denver.

Inside UCHealth Training Center, though, General Manager George Paton and the Broncos were always determined to retain both of the play-making receivers. Paton said he and his staff would meet weekly — sometimes daily — to discuss their plans to retain key players, and Sutton and Patrick were focal points of those conversations.

“All along we wanted both,” Paton said Monday, “and that was our priority to get both done.”

Paton and the Broncos did that over the span of three days, as Patrick signed a three-year deal on Saturday and Sutton inked a four-year contract of his own on Monday.

The Broncos were able to finalize both deals without entering the uncertain world of unrestricted free agency in 2022.

“Once players get out in the open market, you just never know,” Paton said, “and these are two players we really wanted to lock down.”

Paton has now extended four key players during his short tenure as general manager, as he signed safety Justin Simmons and defensive end Shelby Harris ahead of free agency in March.

Between those deals, the ones in free agency and the ones before he arrived in Denver, Paton has been involved in dozens — if not hundreds — of deals during his time with NFL front offices. The Broncos’ ability to retain both Sutton and Patrick, though, felt unique to Paton.

“These two feel really good just because of what they’ve been through,” Paton said. “They’re two of our core players. [They] are important parts of what we’re building as a team. And it’s a priority for us to reward and secure these types of players for the long term.”

The Broncos’ desire to keep Sutton and Patrick would hardly have mattered if both players weren’t committed to remaining in Denver. Both players chose to sign extensions rather than test the market next spring, and they both expressed their desire to remain with a team that believed in them.

“I was ready to sign right away,” Patrick said. “I’m forever thankful for the Broncos because they didn’t have to sign me. I could have been out of the NFL. Just by them giving me a chance, it made all this possible.”

Added Sutton: “This is home. This is home. Denver gave me an opportunity, you know, and getting drafted was one of the best days of my life. And I’ve always said that being a Bronco was something I want to do for life and to be able to have this opportunity, it’s a blessing. I’m honored to be able to represent the Denver Broncos and continue to represent the Denver Broncos … and carry us to a lot of wins.”

Head Coach Vic Fangio said Patrick and Sutton were the “type of players you want to reward” and called the situation a “win-win” for both the players and organization. It may also served as a motivational tool for young players.

“When you reward your guys who work the hardest, the young guys are watching,” Paton said. “I think it rubs off. It really helps with your culture moving forward.”

And as the Broncos turn ahead toward the rest of 2021 and beyond, completing the deals with Sutton and Patrick should give the Broncos the flexibility to continue to improve the roster.

It was always a priority — and the Broncos got it done.