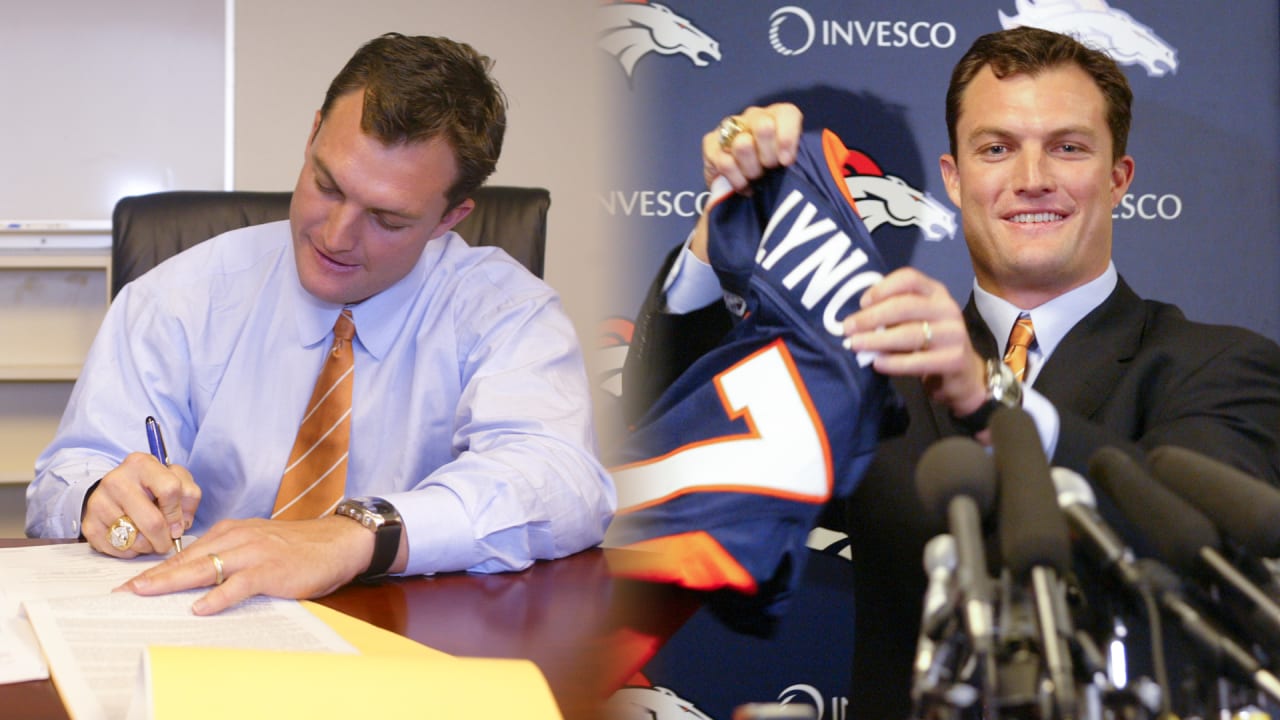 But that was just a moment in time, both for the Broncos in their history of success, and for Lynch, who in 2021 was named to the Pro Football Hall of Fame.

“You know, I gave it everything I had and we won the Super Bowl in Tampa, and I put everything into it in Denver,” Lynch says. “So I always said I was OK with whatever happened regarding the Hall of Fame.

“But when it actually happened, from the moment I got that knock on the door, I knew it was a game-changer in my life.”

Lynch made it in his eighth year in the room. And as our Denver voter, Jeff Legwold, always reminds me, “If you get in the room multiple times, your chances get very good.”

The voters stuck to that above principal, and a most deserving guy is in the Hall of Fame. Lynch is the first player to be named to the Rings of Fame of his two teams in the same season.

I remember when he first signed with the Broncos as a free agent. He remains the only player we ever signed who gave T-shirts out to the press at his opening press conference.

But the T-shirts were not about John, they were in promotion of his charity. Classy guy.

That was and is John Lynch, and it reminds me of one of the noblest goals of free agency, of where the Broncos and all the other teams are now.

Let the free agency chase begin, with every team looking to add one or more lynchpins to their roster.

Congrats again, John, on the Hall of Fame.

You have always been a Lynchpin.