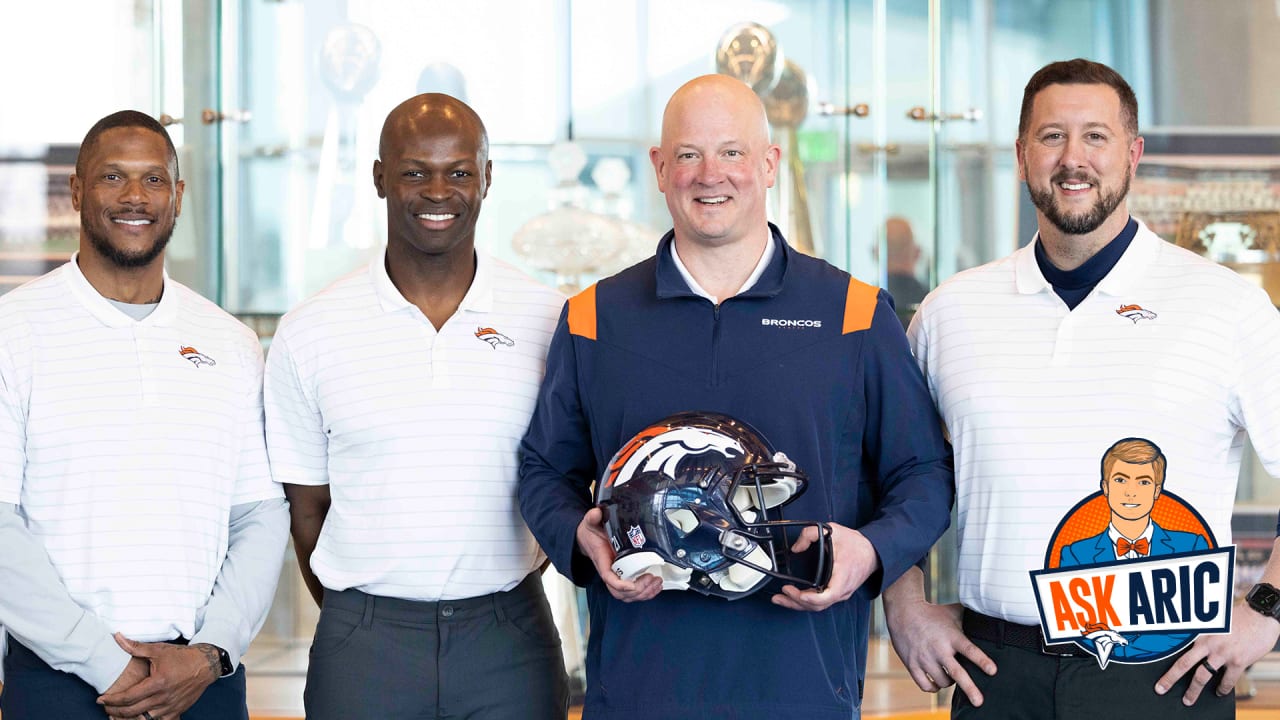 As we near the end of February, the Broncos have finalized their coaching staff and will soon turn their attention toward the 2022 NFL Combine.

In Denver, all eyes are still on which moves the Broncos will make with a healthy amount of cap space and five draft picks in the top 100 selections of this year’s draft.

In this edition of “Ask Aric,” I’m tackling questions about where the Broncos need to make improvements, how Denver’s defense could change, how quickly to expect success and much more.

To submit a question for a future edition of Ask Aric, click here.

What is the most important issue that needs to be addressed in order to get to the Broncos back to their winning ways? – Deanna P.

Deanna, I look at a few different areas. On offense, the Broncos have to get better, more consistent play at the quarterback position. They’ve built a solid young core around that position, but without enhanced play at that position, it’s going to be difficult to consistently compete. On defense, Denver must find a way to create more turnovers and get critical stops. As Justin Simmons told me in the lead-up to the Super Bowl, there were several games last year that could have swung in Denver’s favor if the team had made one final stop. Under Defensive Coordinator Ejiro Evero, the Broncos must make the critical plays. Finally, consistency is a big piece for the Broncos. As General Manager George Paton mentioned at the end of the season, the Broncos’ turnover at the head-coaching position has made sustained success quite difficult to attain. Under Nathaniel Hackett, the Broncos must build a system and culture that can span the coming years.

Why not make an offer to Jacksonville for [Trevor] Lawrence? – Jason R.

These two questions were part of a trend of people asking if the Broncos should go after a young quarterback that they may be able to acquire for less draft capital than it would take to acquire a veteran player. A few points here. First, there’s been no reports to suggest that any of the top-tier young quarterbacks are available for any price. Second, even if they were, there’s no guarantee that the price would be lower than it would be for a veteran. The young players may not be proven, but they’re on their rookie deals — a big advantage in team building — and have plenty of potential. A team that selected a quarterback with the first-overall pick — a player who has been talked about as a generational-type talent — or a team that traded up to acquire their quarterback will likely be unwilling to trade that player, no matter the price.

What edge rushers might the Broncos target in free agency and the draft? – @ctcoffmaTV

Von Miller and Chandler Jones are both among Pro Football Focus’ top five players who are slated to be available when free agency begins, and Jadeveon Clowney, Emmanuel Ogbah and Melvin Ingram III are also listed among the top options in this year’s class. In the draft, Aidan Hutchinson and Kayvon Thibodeaux will likely be off the board before the Broncos select at No. 9. Michigan’s David Ojabo and Florida State’s Jermaine Johnson II, though, should be available and could be options for Denver.

Evero’s comments during his introductory press conference suggested the Broncos would run a similar system to the past three years, and they’ll keep their 3-4 base defense in place. There will be some tweaks, though, and I’m most interested in the Broncos’ pass rush. Evero mentioned the need to affect the quarterback, no matter how many rushers it takes. Of course, if you can get home with just four rushers, that makes things easier on the rest of the defense. Between that comment from Evero and Paton’s comment at the Senior Bowl about adding an edge rusher, that would seem to be a focus for Denver in free agency or the draft.

Given the nature of having an all new coaching staff, do you in your opinion think we can expect production right away or will it take some time? – @BrandonWalk

Brandon, that’s a good question. Typically, you would expect an offense to take longer to jell than a defense, but I’m interested to see if that’s the case for the Broncos. Head Coach Nathaniel Hackett has play-calling experience and has helped guide some of the league’s best offenses in recent years, which gives me hope that the offense can click quickly. Of course, a lot of that will depend on who is under center. The defense will be more interesting to watch, as Evero will be calling plays at the NFL level for the first time. The system will be familiar, which should give the Broncos an edge, but I’m curious how quickly Evero and the Broncos can find a play-calling rhythm that puts them in position to succeed.

What position (other than QB) do you think is a priority for the Broncos to address? – @TheTrueJake58

We mentioned outside linebacker earlier in this mailbag, but there’s a few other spots I’ll be watching. Right tackle, inside linebacker, slot cornerback and running back are all of interest to me. For more on those positions, it’s worth reading what Paton had to say about those spots (except cornerback) when I spoke with him at the Senior Bowl. Of note: Paton said he believes this draft class is strongest along the offensive and defensive line.

When the offseason began, I guessed the Broncos wouldn’t pick at their slated No. 9 spot. I’ll stick with that projection here, and if the Broncos still hold their first-round pick, I’ll say they trade back again. Perhaps there’s a way to secure a high-upside pass-rusher and right tackle in the first couple of rounds while also keeping — or adding to — their draft capital for 2023.

Which players on their rookie contracts face the biggest season next year to determine if they get long-term deals? – SmallBaller

The players from the Broncos’ 2019 draft class are poised to enter the final year of their rookie contracts, which means Noah Fant, Dalton Risner, Drew Lock and Dre’Mont Jones could be free agents after the 2022 season. The Broncos, of course, have the option to pick up Noah Fant’s fifth-year option, which would keep him under contract through the 2023 season. Paton said in late January that the coaching staff would need to dive into the roster more before the conversations about personnel decisions begin. The Broncos waited until after the first round of the 2021 NFL Draft to pick up Bradley Chubb’s fifth-year option, so it could be a while before Fant’s future becomes clear. Chubb, who enters the final year of his rookie deal, is also a player to watch, as the Broncos must decide whether to extend the former fifth-overall pick. I think he, Fant and Dre’Mont Jones — who posted 5.5 sacks over the second half of last season — are the most intriguing players heading into the tail end of their rookie deals.

Who gets the franchise tag? – Kenny S.

Kenny, it’s not impossible for the Broncos to use the franchise tag this year on one of their impending free agents, but I’d be surprised if that happened. Courtland Sutton may have been a candidate, but the Broncos were smart to get a deal done with him during the season. After franchising Justin Simmons the last two years, it seems like it will be quiet for the Broncos on that front in 2022.