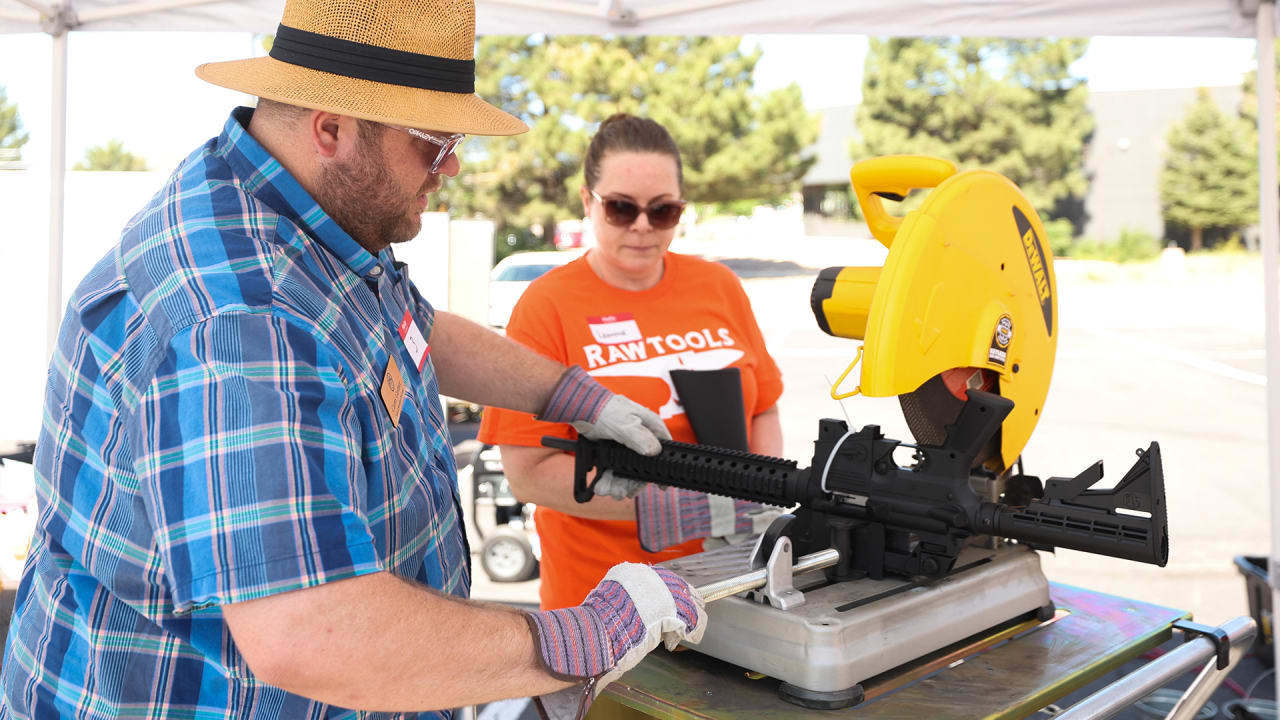 AURORA, Colo. — Late in the 9 o’clock hour on Saturday morning in the Denver metro area, it was already getting hot.

In the parking lot of Aurora’s Heritage Christian Center, it was the kind of heat that radiates off pavement in palpable waves, when sitting in a car can feel more uncomfortable with each passing minute under the bright Colorado sun.

Still, people in 10 to 15 cars sat in the lot waiting for the clock to strike 10 a.m., when the Broncos’ gun buyback would start. Through a collective partnership with councilmembers from Denver and Aurora, as well as local nonprofit RAWtools, the Broncos have supported a monthly slate of eight of these buybacks, which began in March and will continue through October.

This one, though, may have been more highly anticipated than the previous three because of recent events. In the weeks leading up to the buyback, the nation had been rocked by two of its most shocking mass shootings in recent memory, one at a grocery store in Buffalo and one at an elementary school in Uvalde, Texas.

Saturday morning, 111 firearms were collected in exchange for Visa gift cards valued up to $250 per firearm during the drive-through event. Participants remained in their vehicles but were able to watch as the guns were effectively disarmed, cut in three places as the ATF recommends.

Before they departed, participants were also offered the chance to take an anonymous survey, and it was clear that the recent tragedies urged them to act.

“We asked on the survey, ‘How did you hear about this gun buyback event?'” Vice President of Community Development Allie Engelken says. “And there were many individuals who said that, ‘After Uvalde, after Buffalo, I Googled how to get rid of a firearm and this is what came up.’ So I think individuals are looking for a way to take a step or to take action.”

While the donation of more than 100 firearms — and more than 450 over the four buyback events so far this year — may not guarantee the prevention of mass shootings altogether, it does prevent any chance of those donated guns being used in any kind of tragedy, including suicides, which accounts for three-fourths of the 850 annual gun deaths in Colorado, according to the CDC.

“At its core, the program focuses on harm reduction,” Engelken says. “While removing one firearm may not end the challenges of gun violence across our country, it has the potential to save a life in or outside of a home.”

And in that way, the destruction of guns — of which about half were semi-automatic and nearly a dozen were assault-style rifles —  could be a very powerful experience.

“It’s very emotional, and it’s very cathartic,” Engelken says. “It’s very emotional to see the guns being cut and destroyed onsite, knowing that they wouldn’t fall into the wrong hands or be utilized in any type of crime from that moment on.”