This offseason has brought the Seattle Seahawks‘ biggest defensive shift of the Pete Carroll era.

With training camp opening July 27, let’s take stock of the latter. After examining the offense last week, here’s a position-by-position look at the Seahawks’ defense with a verdict on whether each is better, worse or the same as 2021.

Better, worse of the same: Better 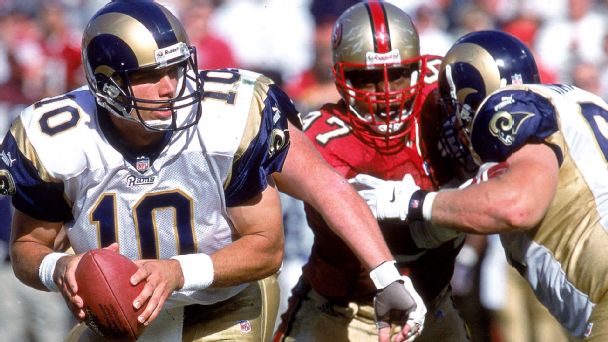 • How Bryant Young got into the HOF
• Gronk embraces next stage in life
• CB duo powering Dolphins’ secondary
• Is the Packers offense better or worse?
• How Seattle’s defense has changed

So much else has happened with the Seahawks that perhaps their most significant offseason acquisition has flown under the radar. But consider this: the two-year, $19.055 million deal Seattle signed Nwosu to in March carries the highest annual average of any contract they’ve given to another team’s free agent under Carroll and general manager John Schneider.

That reflects two things: they’re not big spenders in free agency, and they view the 25-year-old Nwosu as an ascending player who will boost their pass rush. He’s much younger than Dunlap and a much better fit for a new front that will favor smaller, quicker bodies on the edge. Dunlap was excellent after his midseason arrival in 2020 and again during a strong finish to last season but was a non-factor during the first 11 games of 2021.

Mafe will factor heavily into the edge-rushing rotation. He generated first-round buzz among some draft analysts before Seattle chose him early in the second round.

Better, worse of the same: Better

“Better” is an easy call with a pair of notable additions and no significant losses. Harris, acquired from the Denver Broncos in the Russell Wilson trade, has a combined 14.5 sacks over the last three seasons and a knack for knocking down passes at the line of scrimmage. Jefferson returns after two seasons away with the Buffalo Bills and Las Vegas Raiders, respectively.

Nkemdiche played sparingly in the second half of last season as the Seahawks gave Collier more snaps. Collier had a strong offseason, according to new coordinator Clint Hurtt, but the 2019 first-round pick has a lot of competition for playing time in what will be a make-or-break fourth season.

Better, worse of the same: Worse

Barton would have been a full-time starter earlier in his career had the 2019 third-round pick not been stuck behind a future Hall of Famer in Wagner and another excellent linebacker in K.J. Wright. With Seattle releasing Wagner in March — parting with the last holdover from their dominant defenses of the Legion of Boom era — Barton is getting his long-awaited chance.

“I think people are going to be surprised at how well he plays,” said one Seahawks talent evaluator of Barton.

The Seahawks might have their fastest linebacker corps in years with Barton joining Brooks in the starting lineup, but they figure to miss Wagner’s experience.

Better, worse of the same: The same

This is pretty much the same group as last season, with all their key players back and undrafted rookies making up the only additions.

Health and scheme could be big difference-makers for Adams. The Seahawks believe the changes to the way they’re using their safeties will make him harder for opponents to pinpoint. That was a factor in his disappointing 2021 season, as were more injuries. He had offseason surgery on his twice-torn left shoulder labrum as well as repeat surgeries on two fingers on his left hand.

Better, worse of the same: Worse

The Seahawks made an understandable decision to not top the three-year, $33 million deal Reed got from the New York Jets. But when they let their best cornerback walk in free agency, didn’t sign a sure-fire starter to replace him then waited until Day 3 to draft one, they set themselves up to take a step back.

That would have been a different story if either Derek Stingley Jr. or Sauce Gardner fell to them at No. 9. With both gone, they took Bryant in the fourth round before doubling up with Woolen in the fifth. Woolen is a developmental prospect, whereas Bryant has the ball skills and savvy to beat out Burns and others for a starting job right way. Brown, who’s coming back from a knee injury that ended a strong start to his rookie season, could factor into that battle eventually.