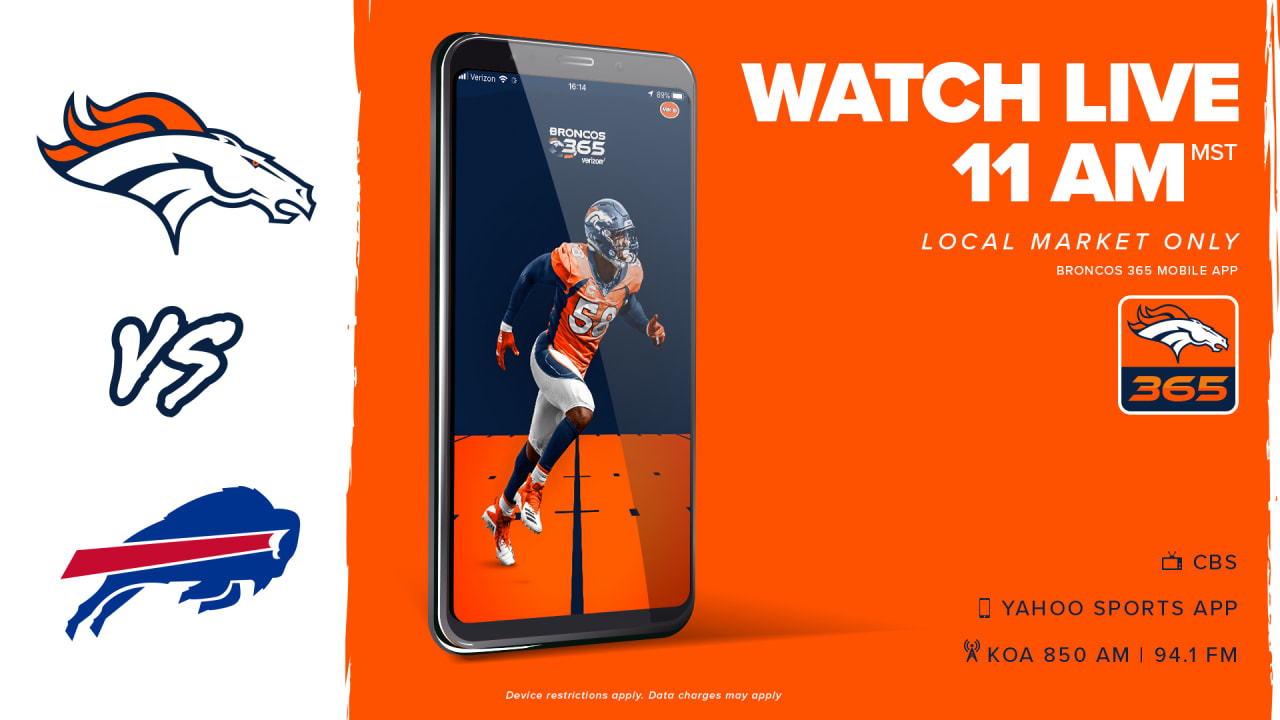 In their second consecutive game on the road, the Broncos (3-7) have yet another tough test in preparing for Josh Allen and the Bills (7-3).

This week’s game will feature two dominant defenses: The Bills rank third in overall defense, while the Broncos rank fourth.

Denver’s main challenge will be defending wide receiver John Brown, whose connection with second-year quarterback Josh Allen has proved invaluable. Brown is third in the AFC in receiving yards (817) and has tacked on four touchdowns to boot. Allen found Brown nine times for 137 yards and two touchdowns last week, and the performance earned Allen AFC Offensive Player of the Week honors.

Expect ninth-year cornerback Chris Harris Jr. to take on that challenge with the speedster Brown while pass rusher Von Miller works to put pressure on Allen in the pocket.