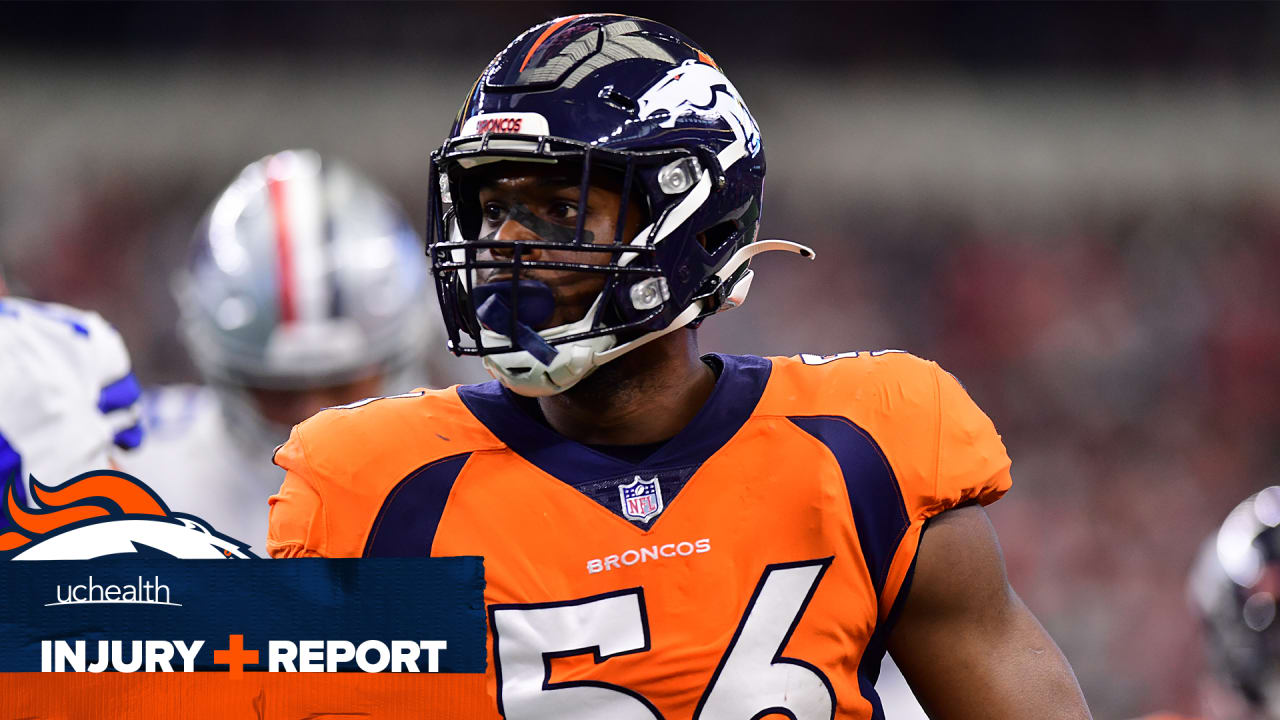 DENVER — Please see below for an updating list of the Broncos’ injuries from Denver’s Week 10 game against the Eagles.

The Broncos replaced Browning with rookie linebacker Curtis Robinson, who was elevated from the practice squad for the game.

Postgame update: Head Coach Vic Fangio said after the game that Browning’s back injury that he suffered during the week lingered and was aggravated on Sunday.

“He had an issue with it during the week, came back and practiced Friday,” Fangio said. “[At] Saturday’s walkthrough he was fine, and then right before the game he said he didn’t know if he could go after pregame. I gave it a try; didn’t last long.”

Fangio said he did not yet have an update on Browning’s condition.

As Broncos begin stretch run, full focus is on…

What we know, what we don’t know on Thanksgiving