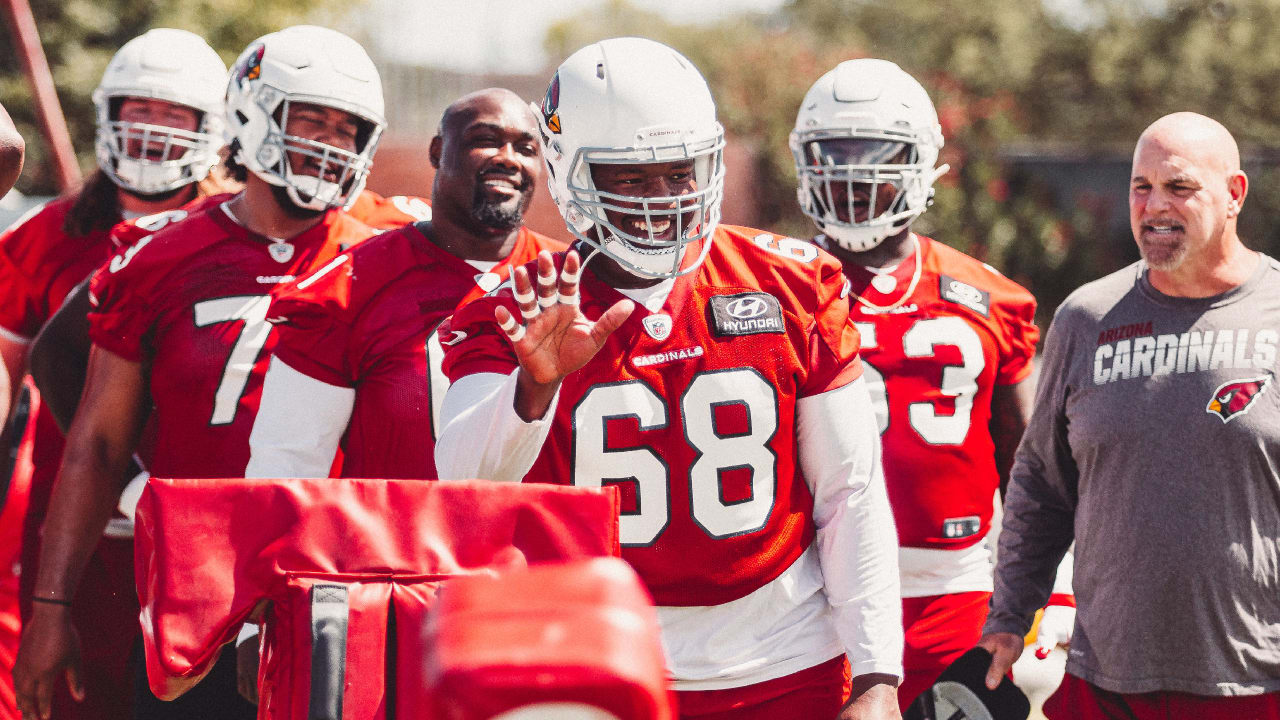 For Juneteenth, Cardinals offensive lineman ﻿Kelvin Beachum﻿ penned a first-person column about the holiday and shared it with azcardinals.com.

Today is Juneteenth – the 156th anniversary of the day 250,000 enslaved people in Texas learned of their freedom via military order, nearly two-and-a-half years after the Emancipation Proclamation was issued.

As a Mexia, TX native, it’s hard to reconcile feelings of celebration and feelings of sadness.

Forty years ago, on June 19, 1981, Carl Baker, Steve Booker, and Anthony Freeman died in the custody of three officers at Comanche Crossing on Lake Mexia. Mexia is the place where one of the first Juneteenth celebrations in America was ever held. It’s actually the place where the term “Juneteenth” was coined because of the large three-day celebrations held on its grounds. On a night of meaningful celebration for so many, three black teenagers lost their lives in the most senseless, tragic way. We cannot deny the importance of this day. It should be a part of every history teaching. At 32 years old, I’m still learning.

Juneteenth was always celebrated in my home. Friends and family would gather to eat and fellowship and honor Emancipation Day. We understood the significance. Our parents did well to teach us. Juneteenth at Lake Mexia was always lively and well attended. It almost felt like a family reunion for the community. While it seemed as though the whole city attended, my parents never allowed me or my siblings to attend the nightly festivities at Comanche Crossing, and I never knew why until after college. We would host family reunions at Lake Mexia on other weekends throughout the year, but nighttime on Juneteenth was always off limits. Because of what my parents experienced during earlier Juneteenth festivities, they always shielded their children. As a father now, I can understand their fears and urgency to keep us protected.

I have since learned that Carl Baker, Steve Booker and Anthony Freeman were arrested on June 19, 1981 for possession of marijuana and put into an aluminum fishing boat to be transported to the other side of the lake where the Limestone County Sherriff’s Department had set up a makeshift precinct for the event. They were handcuffed, not given lifejackets, and the weight of the six individuals far exceeded the weight limit for the boat.

Less than a year later, all three officers were acquitted of negligent homicide before an all-white jury in Dallas. The lead officer from that night is now a judge and justice of the peace in a different county in Texas.

The trend of death by law enforcement with no accountability is not new. Every time a black person loses his or her life at the hands of police, I am reminded of The Comanche 3 and the tragedy in my hometown.

Juneteenth represents independence and liberation. The sweet, resounding word of freedom will always be cause for celebration. It honors those who spoke up and risked their bodies for our progression; those who fought for a world they knew they might never see.

It’s devastating that a day so important and meaningful is so tainted with tragedy. It’s worse that the tragedy is synonymous with my hometown.

We must face the uncomfortable truths from the past, honor the victories and strides we’ve made, and commit to the work to ensure a better future.

It’s time we fulfill the promise of freedom and justice for all.