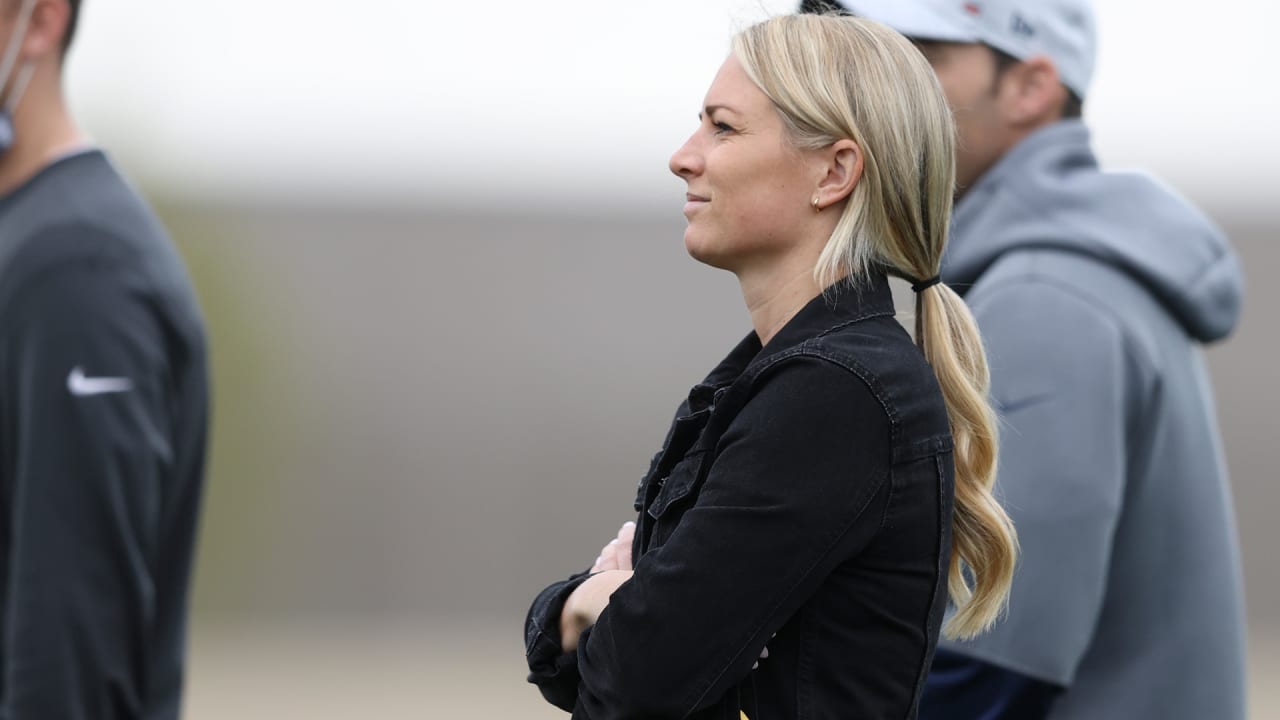 But in a moment that could be all about her and her accomplishments, Kleine steered the attention toward what the moment could mean for other women with an interest in working in sports.

“It is an absolute honor, but I hope someone passes me up soon,” Kleine said. “If anything, I hope it does let women know that there are these opportunities across the NFL. You don’t have to play football to work in the NFL. I hope I set a positive example for all women who want to break into football. I want to inspire women to keep growing in the NFL and throughout all of sports. It is important to show that women belong in sports. There have been so many women who paved the way for opportunities in this league and in football. I’m thankful to them, and I want to have the same impact for others.”

Kleine, who has been an annual speaker at the Women’s Careers in Football Forum and is a member of WISE (Women in Sports and Events) Twin Cities, said she has seen diversity increase across the NFL and that there are a host of “impressive” women in a variety of roles. Kleine said with passion, time and hard work, she believes “anything is possible” for those looking to carve out a spot in the NFL — and Kleine has undoubtedly put in the work over the past nine seasons with the Vikings’ front office.

In her role as the team’s manager of player personnel/college scout over the past two years, she was integral to Minnesota’s football operations. She served as the point person for all off-site scouts, scouted the Midwest region — including Minnesota and the Dakotas — and scheduled and facilitated pre-draft visits. Kleine also coordinated the team’s all-star game and Combine evaluations and managed the team’s scouting interns.

She also made an impact in pro scouting, as she would evaluate pro teams to prepare for final cuts ahead of the regular season. She also assisted with weekly scouting advances. Before her most recent role with the Vikings, Kleine spent four seasons as the team’s college scouting coordinator, a year as a scouting assistant and a year as a scouting administration intern.

With all that Kleine has accomplished over the last decade, it’s only natural to wonder what could be next. In November of 2020, Kim Ng became the first female general manager in the MLB, NFL, NBA or NHL as she was hired to guide the Miami Marlins’ front office. Kleine is just one of an ever-increasing number of women in front offices who could someday break the same barrier in the NFL.

But even if Kleine aspires to lead a team of her own, she won’t let her focus drift from her current role in Denver.

“The only thing I am focused on right now is my role here with the Broncos,” Kleine said. “I have a ton to learn, so I am excited to just put my head down, jump right in and get to work.”