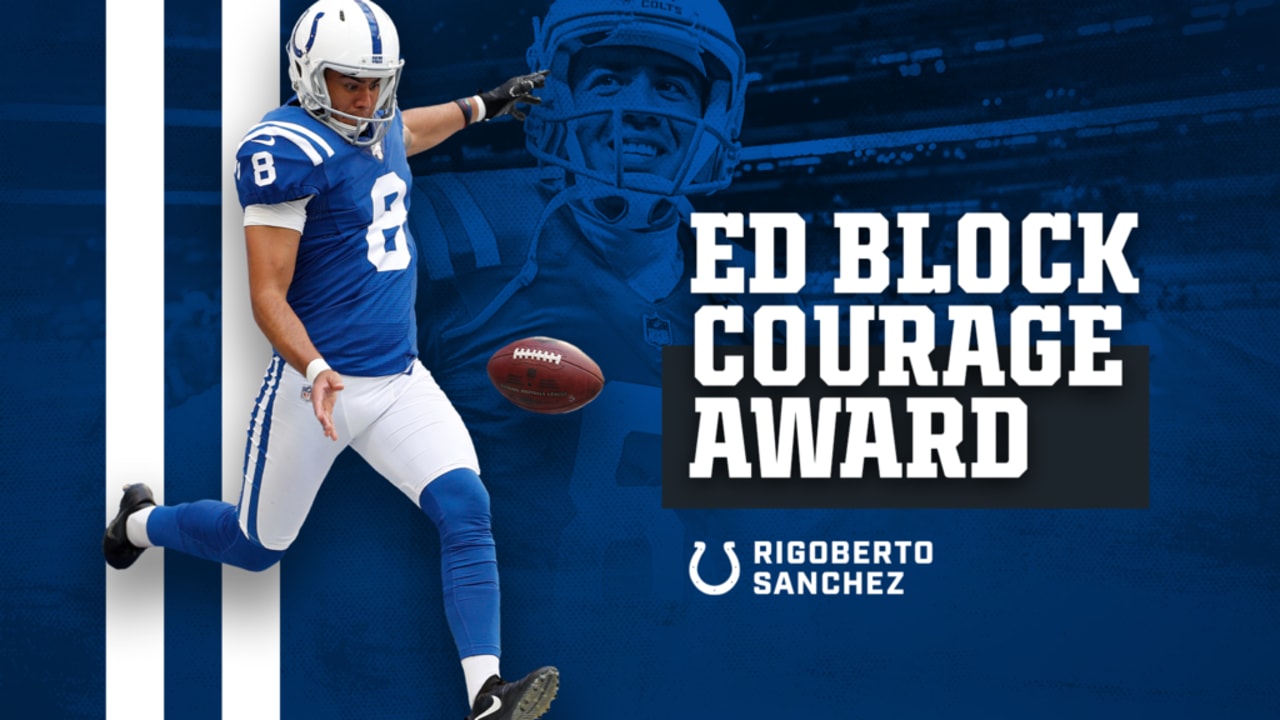 INDIANAPOLIS – Indianapolis Colts punter Rigoberto Sanchez has been selected by his teammates as the recipient of the 2020 Ed Block Courage Award.

The award is an annual recognition for courageous play by an individual, and Sanchez is one of 32 National Football League players who earned the accolade. The players of each member club nominate an individual annually and those chosen are traditionally honored at a banquet in Baltimore each March.

“It’s an honor and a privilege to be selected for this award, especially with the great men that we have in our locker room,” said Sanchez. “I’ve always admired the people around the league who have made the list and I’m blessed to be one of the 32 recipients this year. I’m thankful for everyone who categorized me for this distinguished award. Just know, to always keep going and be the change.”

Sanchez helps lead the Colts’ annual Hispanic Heritage Month Football Camp. In September 2019, Sanchez and nine of his teammates hosted 150 youth, ages 7-13, at the Colts’ training facility where they instructed the youth on proper football fundamentals. A native of Chico, Calif., he hosted his inaugural Rigo Sanchez Youth Football Camp at his alma mater, Hamilton High. The free event took place in June 2019 and was open to 230 kids, ages 8-16. Last year, Sanchez also assisted with a Thanksgiving meal distribution to 50 low-income elementary school families back in his hometown. He has participated in multiple meal distributions in Indianapolis as well.

The award is named after Ed Block who was the head athletic trainer for the Baltimore Colts from 1954-77. He served as trainer emeritus with the club until he passed away in 1983.