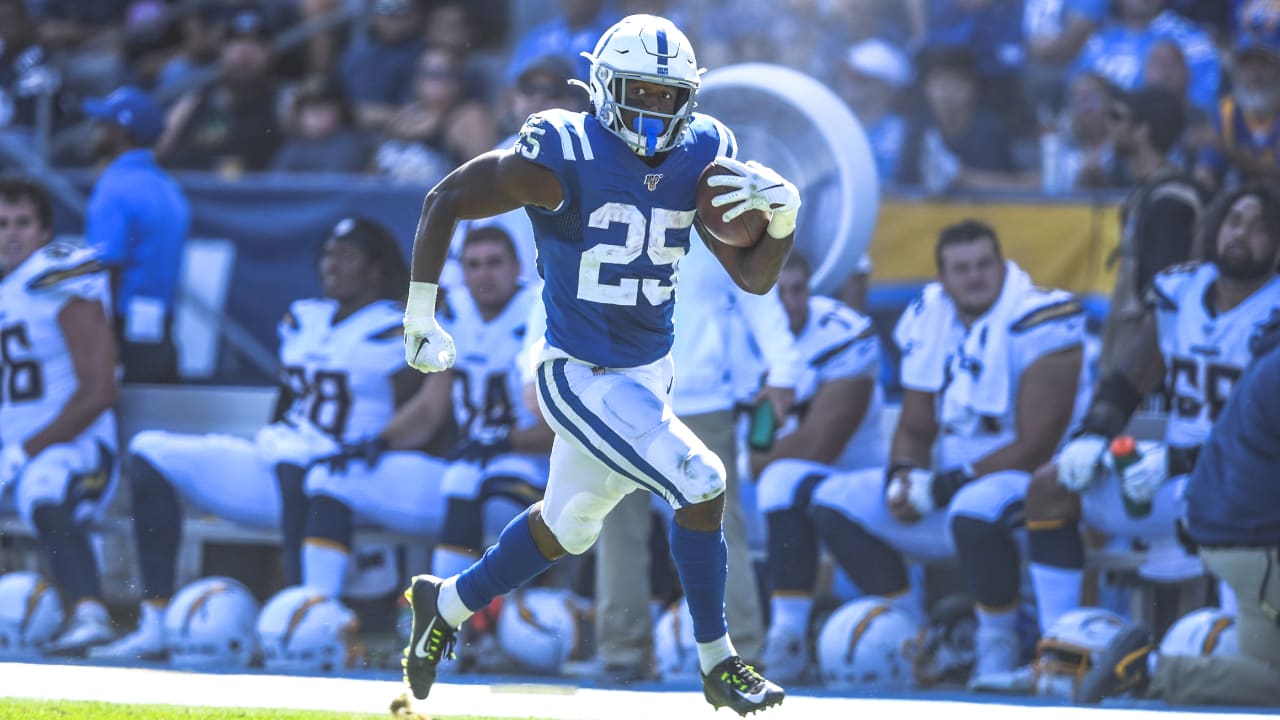 Perhaps the most impressive part about Mack’s breakout season is that he did it all despite missing 2 1/2 games with a broken hand, from which he was able to return before the initial prognosis.

Mack was the Colts’ bell cow, reaching 20-plus touches in seven games, but he maintained his explosion without falling into methodical, chain-mover status.

His offensive coordinator, Nick Sirianni, certainly knows how valuable it’s been to the Colts to have a capable No. 1 running back.

“Yeah, I think you have a good No. 1 back with Marlon that can do a lot of different things who is able to catch the ball out of the backfield, make explosive plays and make guys miss, get in the open field and open it up and pull away from the defense,” Sirianni told reporters late last year when breaking down the Colts’ backfield.

The third-year veteran finished ninth in the NFL by reaching at least 10 yards on 28 carries, was tied for third in runs of 20-plus yards and had one run of at least 40 yards (a 63-yard touchdown in Week 1 against the Log Angeles Chargers). He also had a pair of 10-plus-yard receptions.

Pro Football Focus has a metric called “Breakaway %,” which measures how much of a runner’s yardage is earned on big plays (runs of 15-plus yards). Mack ranked 10th in the NFL in 2019 with a 29.7-percent figure after totaling 13 such runs for 324 yards.

Another part of breaking long runs is avoiding tackles and being able to pick up yards after contact. Mack finished 12th in the NFL in yards after first contact with 693, also ranking 27th with an average of 2.81, and he was tied for 18th in avoided tackles with 39.

It was the 21st season in Colts franchise history in which a runner reached 1,000 yards, and Mack’s total was the most by a Colts player since Edgerrin James’ 1,506 rushing yards in 2005.