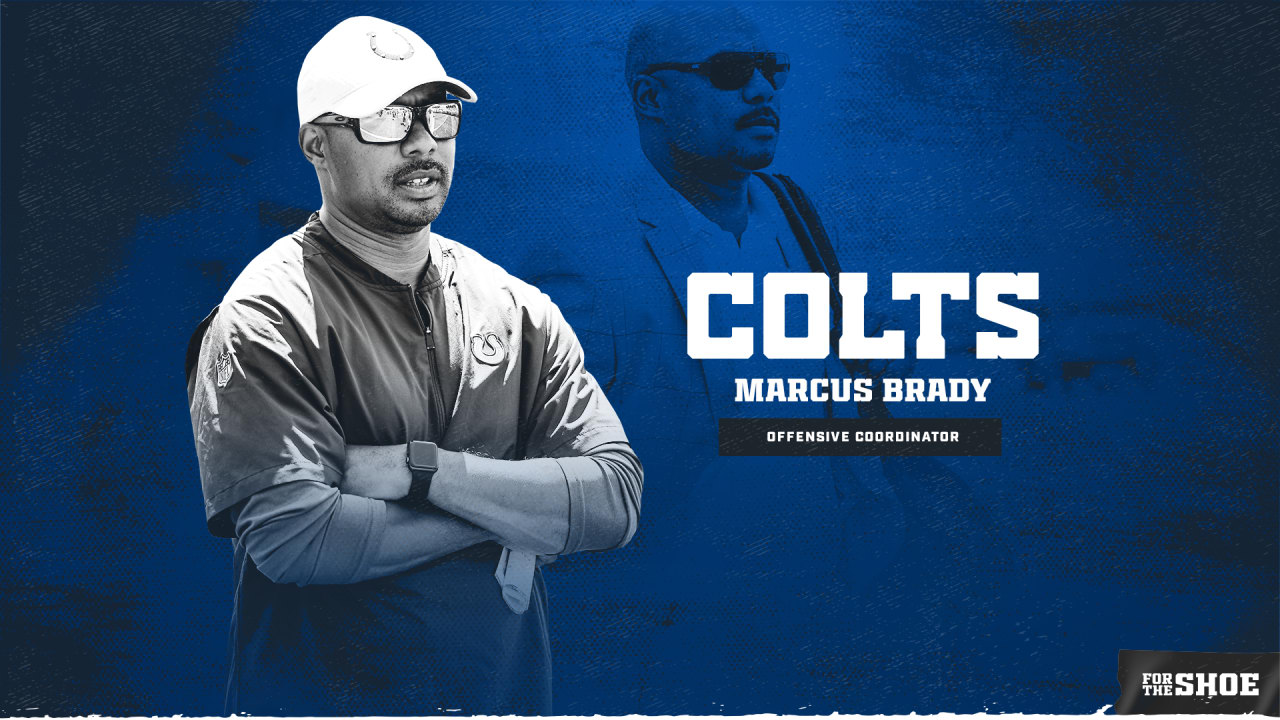 INDIANAPOLIS – The Indianapolis Colts today elevated Marcus Brady to offensive coordinator. He just finished his third season with the Colts and his second as quarterbacks coach. Brady was elevated from assistant quarterbacks coach following the 2018 season.

In 2020, Brady was part of an Indianapolis offense that ranked in the top-10 in the league in points per game (28.2, ninth), rushes of 10-plus yards (64, sixth) and first downs per game (22.8, tied-10th). He worked with quarterback Philip Rivers, who completed 369-of-543 passes for 4,169 yards with 24 touchdowns and 11 interceptions for a 97.0 passer rating. Rivers’ completion percentage was the second-best mark in single-season franchise history and ranked eighth in the league. He also finished 10th in the NFL in passing yards in 2020 as he eclipsed 4,000 yards for the eighth time in his career (tied for the third-most such seasons in league history).

In 2019, Brady worked with quarterback Jacoby Brissett, who started 15 games and completed 272-of-447 passes for 2,942 yards with 18 touchdowns and six interceptions for an 88.0 passer rating. He also registered four rushing touchdowns, which tied for the fourth-most among quarterbacks in the NFL. In Week 7, Brissett was named the AFC Offensive Player of the Week for the first time in his career after completing 26-of-39 passes for 326 yards and four touchdowns for a 126.7 passer rating in a win over the Texans. He established new single-game career highs in passing yards, passing touchdowns and passer rating.

In his first season in Indianapolis in 2018, Brady assisted with an offense that ranked among the best in the NFL in numerous offensive categories, including yards per game (386.2, seventh), passing yards per game (278.8, sixth), sacks allowed (18.0, first), first downs per game (23.2, sixth) and third down conversion percentage (48.6, first). Brady worked with quarterback Andrew Luck, who earned his fourth career Pro Bowl selection and was named the Associated Press Comeback Player of the Year after starting all 16 games and completing 430-of-639 passes (67.3 percent) for 4,593 yards with 39 touchdowns and 15 interceptions for a 98.7 passer rating. He set single-season career highs in completions, attempts, completion percentage and passer rating. Luck’s passing yards and passing touchdowns were the second-best marks of his career. He ranked in the top-five in the NFL in passing touchdowns (second), attempts (second), completions (second) and yards (fifth). From Weeks 4-12, Luck threw three or more touchdown passes in eight consecutive games, which was the longest streak in the NFL in 2018 and tied for the second-longest in league history. In the regular season, Luck completed touchdown passes to 13 different players, which tied the NFL record.