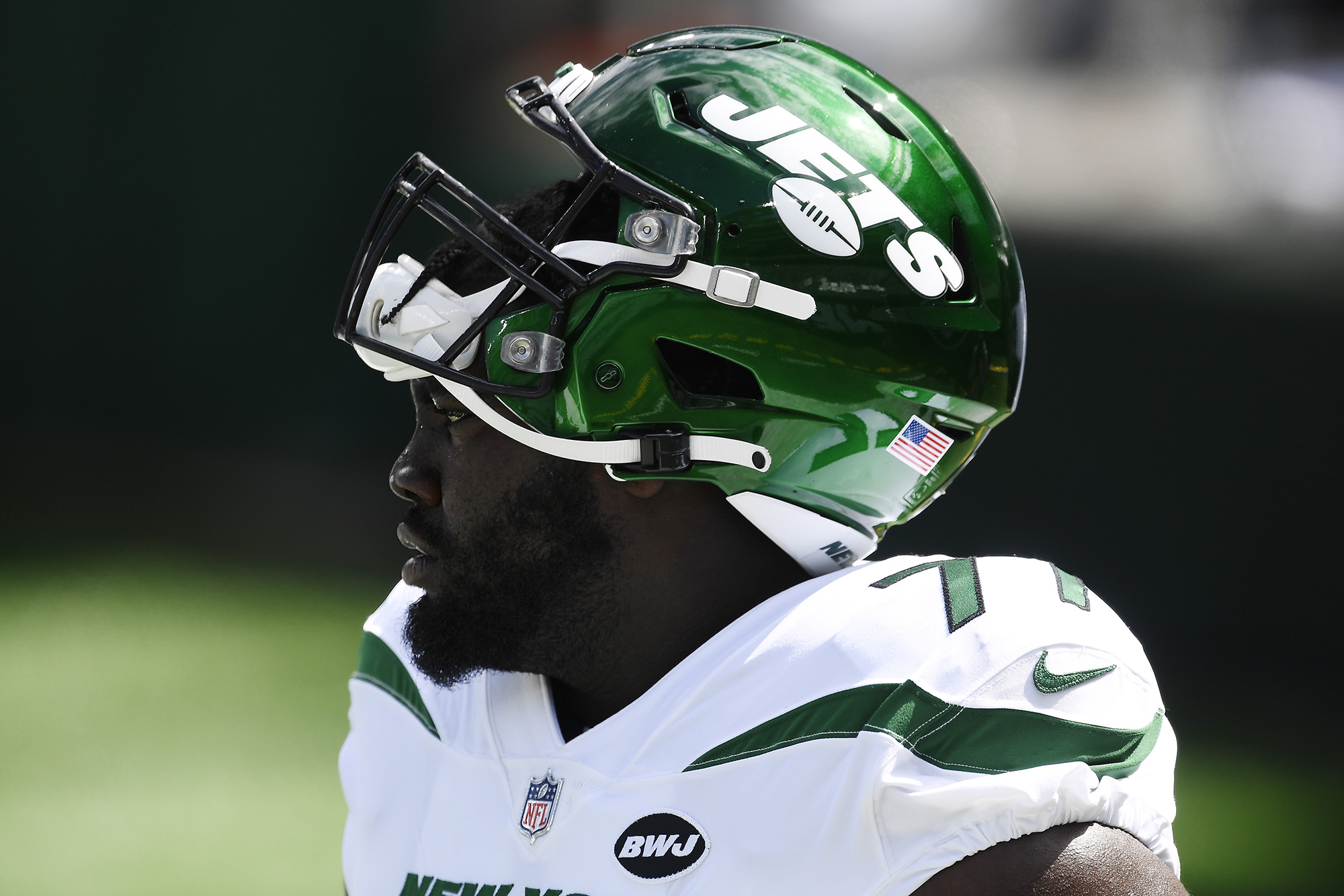 It looks like the Jets won’t have starting left tackle Mekhi Becton available on Sunday against the Cardinals.

The impressive rookie offensive lineman was listed as doubtful on Friday after not practicing all week due to a capsule injury in his left shoulder. He got hurt in the team’s Week 3 loss to the Colts. He tried to play against the Broncos last Thursday after his replacement, Chuma Edoga, went down. But Becton came out prior to halftime because the pain was too severe.

“It’s all strength predicated,” coach Adam Gase said earlier in the week. “When he gets to the point where he feels like he’s got the strength that he’s looking for, the way he plays, that’s when I think he’ll feel good, we’ll feel good. I just know that he doesn’t have that at the moment.”

There was some doubt there would be a game on Sunday after a Jets player presumptively tested positive for COVID-19 on Friday. Players and coaches were sent home from the team’s training center in Florham Park, N.J., and the player in question was retested to see if he was in fact positive. But Friday night the team announced that everyone had tested negative and the game was on. The NFL hadn’t addressed the situation as of Friday evening.

Edoga, a second-year offensive lineman, is expected to start, though at what spot is uncertain. The Jets could move starting right tackle George Fant to the left side and Edoga to the right side.

Wide receiver Breshad Perriman is also unlikely to play and is being listed as doubtful. This would be the third straight game he has missed with an ankle injury.

La’Mical Perine is in middle of Jets’ intriguing…