1. Ranking top needs: When the Patriots’ season ended with a 47-17 playoff loss to the Buffalo Bills in which they couldn’t force a punt, the knee-jerk reaction was that the team’s offseason priorities should look like this: Defense. Defense. And more defense.

Now a month removed, with more time for reflection and study, it still holds true to a degree.

But as Bill Belichick and his staff start putting pieces in place for 2022, the possibility of young defenders elevating into larger roles plays a factor in determining what positions have the greatest need.

Inside linebacker Cameron McGrone (2021 fifth round), outside linebacker Ronnie Perkins (2021 third round), cornerback Shaun Wade (2021 rookie trade acquisition) and safety Joshuah Bledsoe (2021 sixth round) are among those falling into the discussion.

Here is one view of the team’s position-based priority list:

2. Draft plan: How badly the Patriots need a cornerback will be contingent on what happens with Jackson in free agency, and I took note that ESPN draft analyst Mel Kiper rates it as one of the deeper spots in the draft along with edge rusher. “If you say, ‘Who is in my top 10 [at corner]?’ it’s hard to separate the seventh guy from the 15th,” Kiper said on the entertaining “First Draft” podcast with Todd McShay and Field Yates. Kiper added receiver in that group, saying “both slot and outside is going to be a position that creates some opportunities [into] Day 3 as well.” If you’re looking for quarterbacks and running backs, however, Kiper and McShay say this year is leaner.

3. Wolf’s role: When the Patriots announced last week that college scouting director Matt Groh was promoted to director of player personnel, one of the popular questions on social media was what it means for scouting consultant Eliot Wolf, who was often seen with former director of player personnel Dave Ziegler at games last season. At this point, the answer seems to be status quo. Wolf, the son of Pro Football Hall of Fame executive Ron Wolf, is still with the Patriots, and 2022 would be his third season with the team. He interviewed for GM openings in Chicago and Minnesota this offseason, and should be a candidate for other openings next year as well. So for now, he teams with Groh, pro scouting director Steve Cargile and a soon-to-be-named college scouting coordinator (possibly national scout Camren Williams) atop the Patriots’ personnel department.

4. McDaniels’ note: Josh McDaniels penned a classy, thoughtful thank-you note to Patriots fans in Wednesday’s Boston Globe. That he chose the Globe to do so, and not social media, wasn’t an accident. McDaniels might be just 45, but he’s an old soul in that regard. I called the Globe advertising department to try to get a better feel for how much an ad like that may cost, and was told by one representative a ballpark of $20,000.

5. Wynn checks in: Starting left tackle Isaiah Wynn didn’t play in the playoff loss to the Bills because of hip and ankle injuries. Wynn was at Gillette Stadium last week working out, serving up a reminder that players’ recoveries sometimes extend well into the offseason. His presence was likely part of the standard offseason medical check-ins for players coming back from injury.

6. Staff taking shape: The more time passes, the feeling from this reporter is that it’s less likely the Patriots’ coaching staff has any more major additions. If that’s the case, this is how I view the core of the staff, with some specific roles/titles/responsibilities still to be determined.

7. Brain drain: Bill Belichick has lost some valuable coaches in recent years, and that “brain drain” has been a popular media-based topic of discussion in New England. It might be real by the time games start to be played. But for now, one point easy to overlook is that Belichick is still turning to valuable resources such as Ernie Adams and Dante Scarnecchia on a part-time basis in the offseason — for prospect and scheme evaluation, among other things. They remain connected to the team, and soon-to-be-retired running backs coach Ivan Fears is likely to as well. 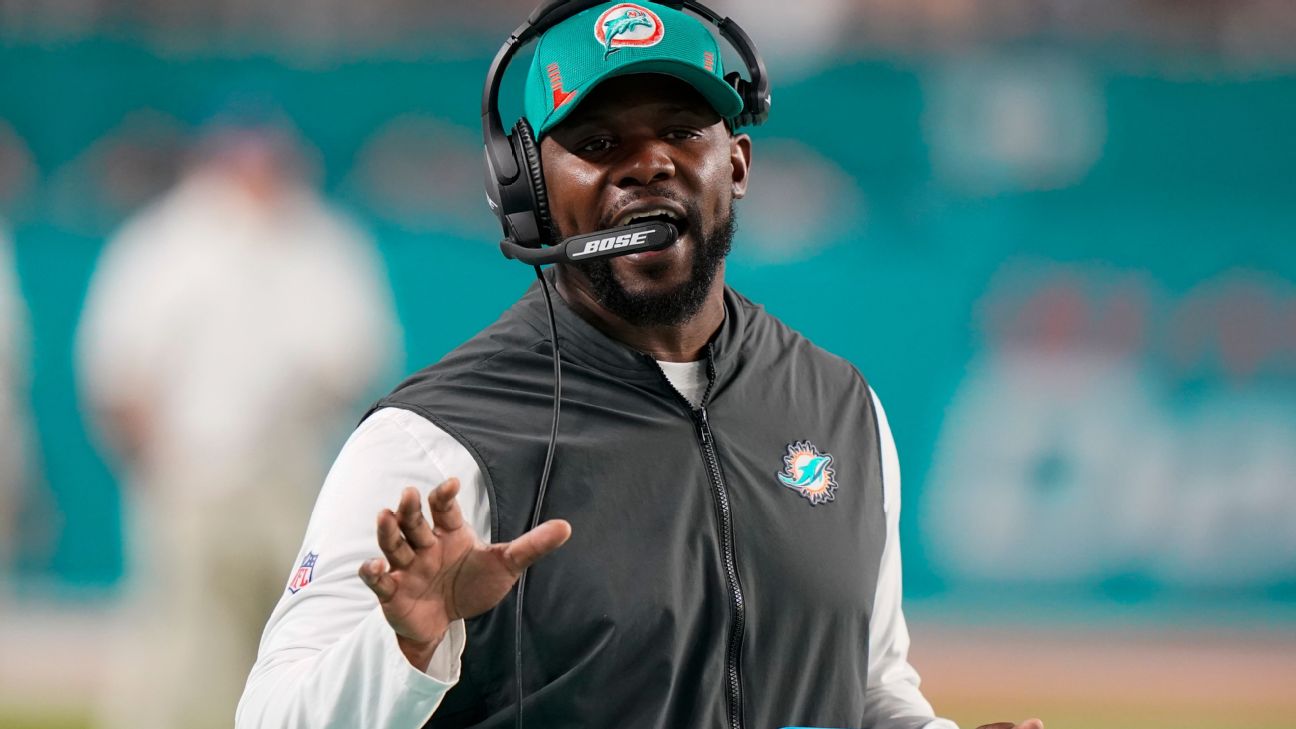 • How Steelers got better with Flores
• Can Panthers make a Bengals-type leap?
• Patriots’ needs include CB and ILB
• Titans in tough spot with Landry

8. Restricted free agents: The Patriots will soon have to decide whether to tender their three restricted free agents — Meyers, returner Gunner Olszewski and fullback Jakob Johnson. Teams can tender at three levels — right of first refusal (projected $2.9 million, per Over the Cap), second round (projected $3.9 million) and first round ($5.5 million).

If the Patriots elect the right of first refusal tender, and the player is signed to an offer sheet by another team, New England would receive draft-pick compensation based on where the player entered the league. But since Meyers, Olszewski and Johnson entered as undrafted players, the Patriots wouldn’t receive any compensation in that scenario.

So it wouldn’t be surprising if the club pursues extensions in the coming weeks (Meyers and Johnson are both represented by deal-making agent Drew Rosenhaus). And if that doesn’t work out, Meyers projects to a second-round tender, with Olszewski and Johnson potentially not getting tendered at all.

9. Props for Hobby: One leftover Super Bowl nugget with a New England twist — Marion Hobby, who just concluded his first season as Bengals defensive line coach, played for the Patriots from 1990 to 1992 under head coaches Rod Rust and Dick MacPherson. It’s always interesting to note which coaches generate “buzz” in the media, and Hobby — whose unit was dominant at times in shutting down the Rams’ running game — has seemingly flown under the radar.

10. Did you know? Belichick enters his 23rd season as Patriots coach in 2022, tying Chuck Noll (Steelers) and Steve Owen (Giants) for the fifth-longest tenure with one team as a head coach, trailing only George Halas (40, Bears), Curly Lambeau (29, Packers), Tom Landry (29, Cowboys) and Don Shula (26, Dolphins).