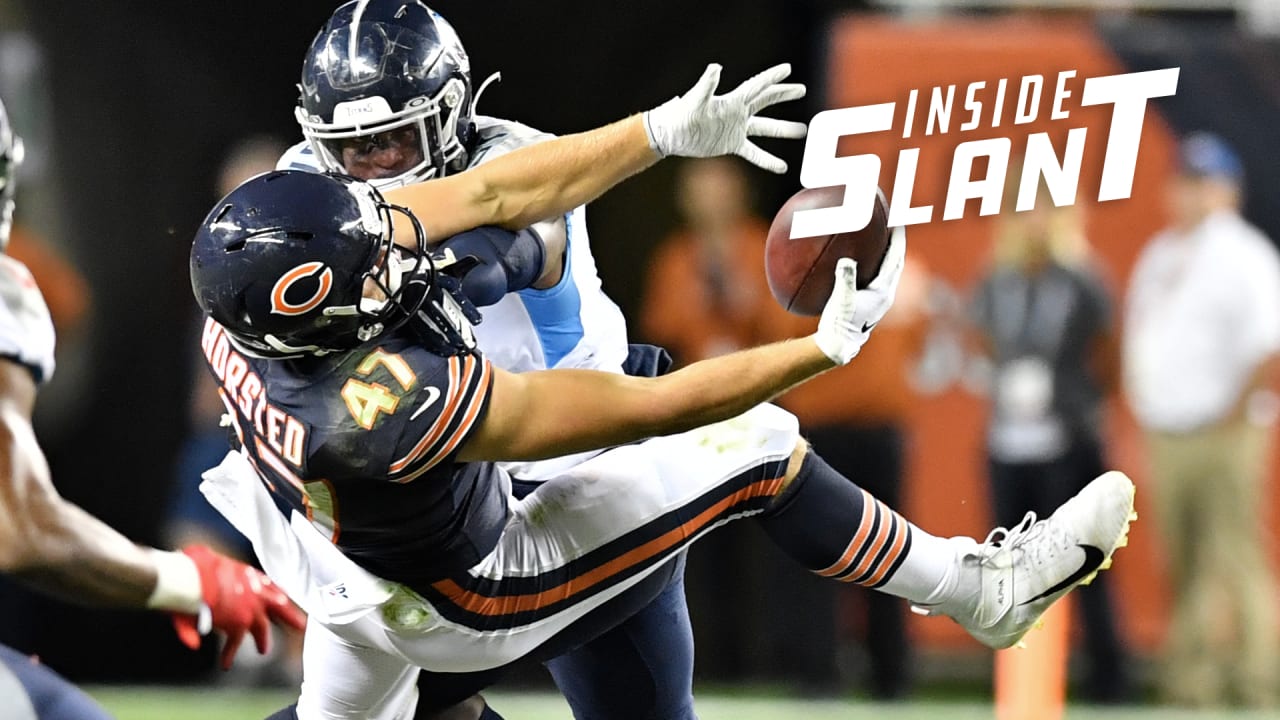 “It was good,” said Horsted. “That was the most that I’ve played in a while. I definitely have some things I need to correct, but overall I made some plays when balls were thrown my way. Showed what I can do on special teams. I’m pretty happy. “

Horsted’s ball skills have never been in question. He left Princeton with his name attached to several school and Ivy League receiving records. However, he did all of that as a wide receiver. The Bears signed Horsted with the understanding that he would switch positions. After Thursday’s preseason finale, he told reporters that he still felt there was work to be done.

“I need to work on my blocking,” said Horsted. “This whole tight end thing is new to me. There are reaches and stuff that I need to continue to work on. I felt myself getting better as the game went on, so that’s a good sign.”

Coach Matt Nagy was measured in his assessment of Horsted’s game Thursday night, calling out his strengths and weaknesses.

“Well, he makes plays,” said Nagy, “He did a good job of being consistent. You can see he does well with catching the football. He still has a ways to go in regard to trying to become a better blocker and learning what routes to run in the pass game. He’s very, very raw.”

Part of the issue might be that Horsted, listed at 215 pounds, is the lightest tight end on the Bears roster. Once an oversized 6-4 receiver, he is now adjusting to the realities of his new position.

“You really got to get in it at tight end,” said Horsted. “At the wide receiver spot, you’re kind of out there. You’re dealing with cornerbacks, who you can throw around a little bit as a bigger guy. Now, I’m the smaller guy and getting thrown around if I don’t have good technique.”

The transition was slowed by a knee injury that has been bothering Horsted since the spring. He finally reached full health last week, just in time for the game against the Colts, and credits the patience of the Bears coaching staff for his recovery.

“It had kind of just been hindering me,” said Horsted. “They did a really good job of giving me time to make sure it’s fully healed, so it didn’t continue to compound. And now I feel good. I feel really good.”

His two weeks of full health have been enough to draw the attention, but it is unclear whether they will be enough to change the calculus in Horsted’s favor. Nagy didn’t tip his hand on Thursday night about how the position would shake out.

Three tight ends—Trey Burton, Adam Shaheen, and Ben Brauneker—have sat out the preseason and almost certainly will end up on the 53-man roster. A fourth, Bradley Sowell, is in transition from tackle and has been the object of supportive remarks from Nagy in the past few weeks.

That leaves four undrafted free agents fighting for a spot that may or may not exist: Horsted, Ian Bunting, Dax Raymond and Ellis Richardson. Horsted considers the crowded position more blessing than curse.

“It’s really helpful that we have three really talented undrafted rookie tight ends, just like me, that were all in the same spot,” said Horsted. “I know that this pressure and this competitive nature that we have in the tight end room is making us better football players. Whether we end up here or on another team, I think it’s just going to help us in the long run.”

Horsted will have a clearer picture of what the long run entails after rosters are cut down this weekend. His mom will be visiting to give emotional support, and he will be awaiting a call from the organization. He’s had two good games, but he doesn’t know how that will affect his standing on the roster.

“Too early to tell,” said Horsted. “It was tough being injured. I showed what I can do on some plays, but I’m certainly not expecting to make this team, by any means.”

Tags: he horsted was

Who is the Chicago Bears’ most pleasant surprise…