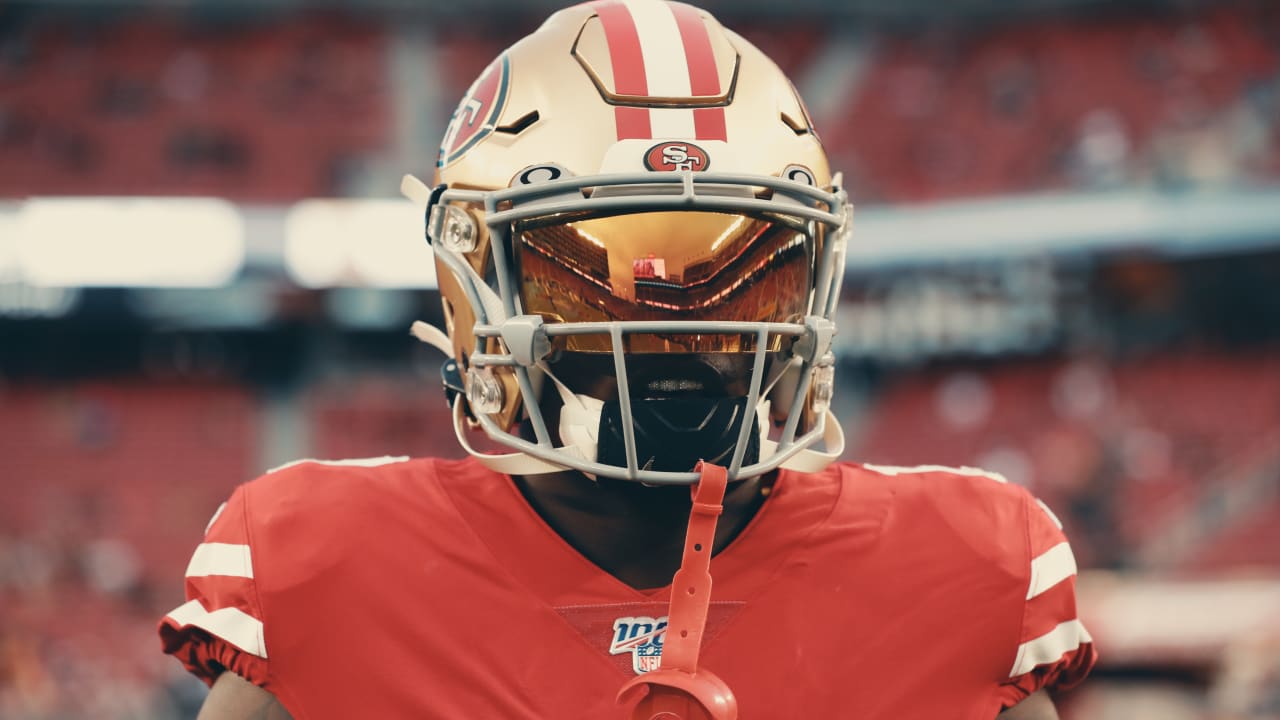 The No-Name Defense has already been taken, so we’re not going to assign that nickname to this year’s 49ers.

And the Not-Familiar Name Defense does not exactly roll off the tongue.

But that is what defensive coordinator Robert Saleh is dealing with as the 49ers enter Week 5 against the Miami Dolphins at Levi’s® Stadium.

The 49ers’ defensive line and cornerback positions have been decimated. The team has been forced to call players off the practice squad and asked them to step into prominent roles. So, get used to the names ﻿Jamar Taylor﻿, ﻿Ken Webster﻿ and ﻿Alex Barrett﻿.

New players are delivered opportunities every Saturday to move up to the active roster. Then, they must fulfill important duties the following day. This weekend, it will be no different.

Meanwhile, there are signs the 49ers offense is beginning to stabilize.

Quarterback ﻿Jimmy Garoppolo﻿ is no longer listed on the injury report. His ankle is well enough to enable him to return to the starting lineup on Sunday.

Running back ﻿Raheem Mostert﻿ is getting back up to speed. ﻿Deebo Samuel﻿, who was slowed this week with a non-COVID-19 illness, should be cleared. He will see more and more action with dynamic rookie wide receiver ﻿Brandon Aiyuk﻿.

All-Pro tight end ﻿George Kittle﻿, who missed two games with a knee injury, looked like, well, George Kittle upon his return in Week 4 against the Philadelphia Eagles.

In other words, the 49ers offense looks mostly like everyone had it pictured a while back.

“It’s been really cool at practice this week to look to my right, there’s George, look to my left, there’s Brandon, Deebo, Raheem and Jimmy across the way,” 49ers fullback ﻿Kyle Juszczyk﻿ said. “That’s exactly how we envisioned it in the offseason, and it’s great to finally have everybody healthy and in there together.”

Coach Kyle Shanahan’s vision can begin to unfold with Garoppolo spreading the ball around to a number of explosive offensive weapons.

Running back ﻿Jerick McKinnon﻿ does not look like a player who was not physically able to play the past two seasons. He is proving to be more than just a third-down threat. McKinnon, Mostert and, eventually, ﻿Tevin Coleman﻿ give the 49ers plenty of breakaway options in the running game.

Kittle is the team’s top pass-catcher, of course. And the early returns have been promising for the versatile tandem of Samuel and Aiyuk.

The practice field this week provided only a glimpse of the possibilities that exist with this 49ers offense. It is a unit that should gain more cohesion and allow Shanahan plenty of options to attack a brutal part of the schedule with consecutive games against the L.A. Rams, New England, Seattle, Green Bay, New Orleans, the Rams (again) and Buffalo.

“It’s exciting to get the group out there that you envisioned,” Garoppolo said. “Just to really stack days together. Stack days of the same group going out there, just getting the chemistry down, the communication part of it. There are just so many things that go into it. It just takes time.”

But the 49ers do not have a whole lot of time to get things figured out to remain in contention in the ultra-competitive NFC West.

It is going to be a constant challenge for the 49ers on defense without ﻿Nick Bosa﻿ for the season and ﻿Dee Ford﻿ for at least the foreseeable future.

That is why the identity of the 49ers must change from a time not long ago when the defense was relied upon to win games.

Now, the 49ers strength is its varied and explosive offense.

That’s the side of the ball where their name players are now loaded.

The 49ers offense must take over and lead the way for the remainder of the 2020 season.