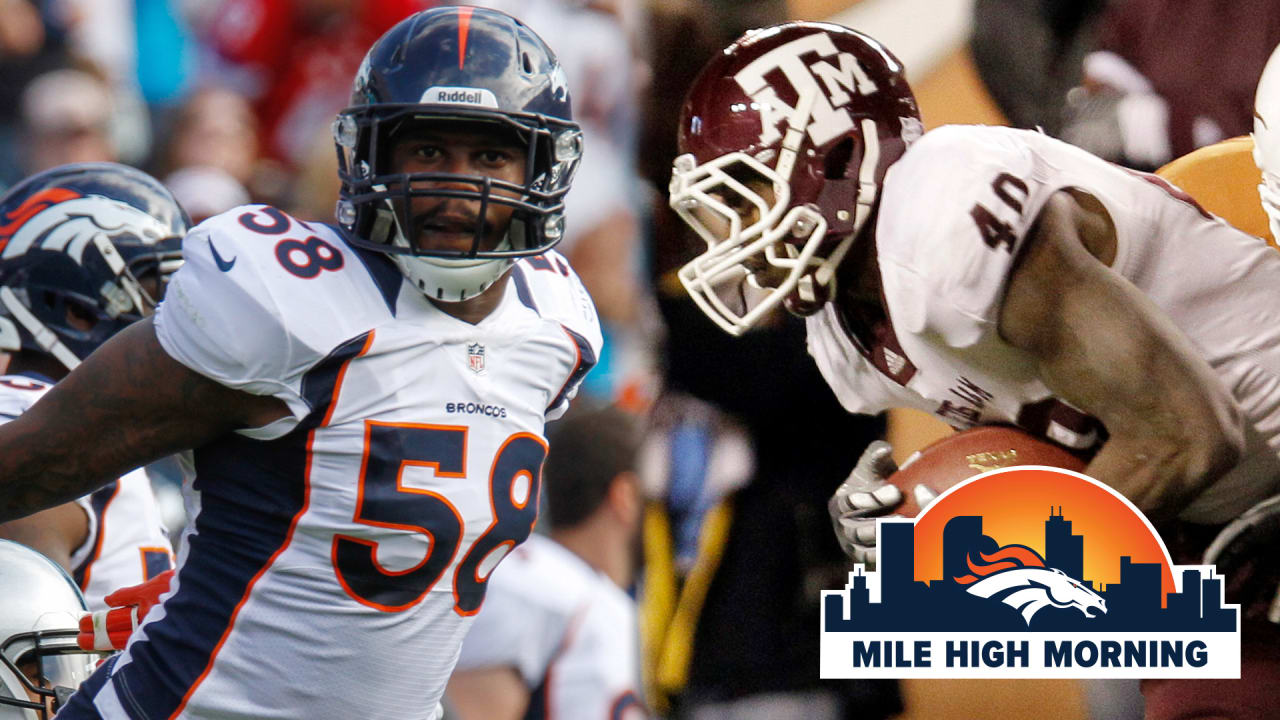 That appears to be on the table, as Miller posted a poll on Twitter on Saturday gauging interest in the idea. Miller wore No. 40 at DeSoto High School and Texas A&M before entering the NFL in 2011.

At the time, Miller could not continue to wear No. 40; NFL rules forbade linebackers from wearing Nos. 40 through 49. So Miller selected No. 58 as a way to honor Pro Football Hall of Famer Derrick Thomas, the former Chiefs pass rusher after whom Miller patterned his game.

“I enjoyed the way he played the game,” Miller said in 2011. “Hopefully, I can get some inspiration from that.”

But in the time since Miller started his NFL career, he has come to define No. 58 in Denver. He has earned eight Pro Bowl selections, three first-team All-Pro and four second-team All-Pro nods, Super Bowl 50 MVP honors, and he was selected as the 2011 NFL Defensive Rookie of the Year Award and as a member of the NFL 2010s All-Decade Team.

So all that is to say Miller changing his number seems unlikely; the Twitter poll’s option to keep 58 earned more than 70 percent of the vote. Still, knowing Miller, maybe don’t be completely shocked if he bucks tradition and shakes things up.