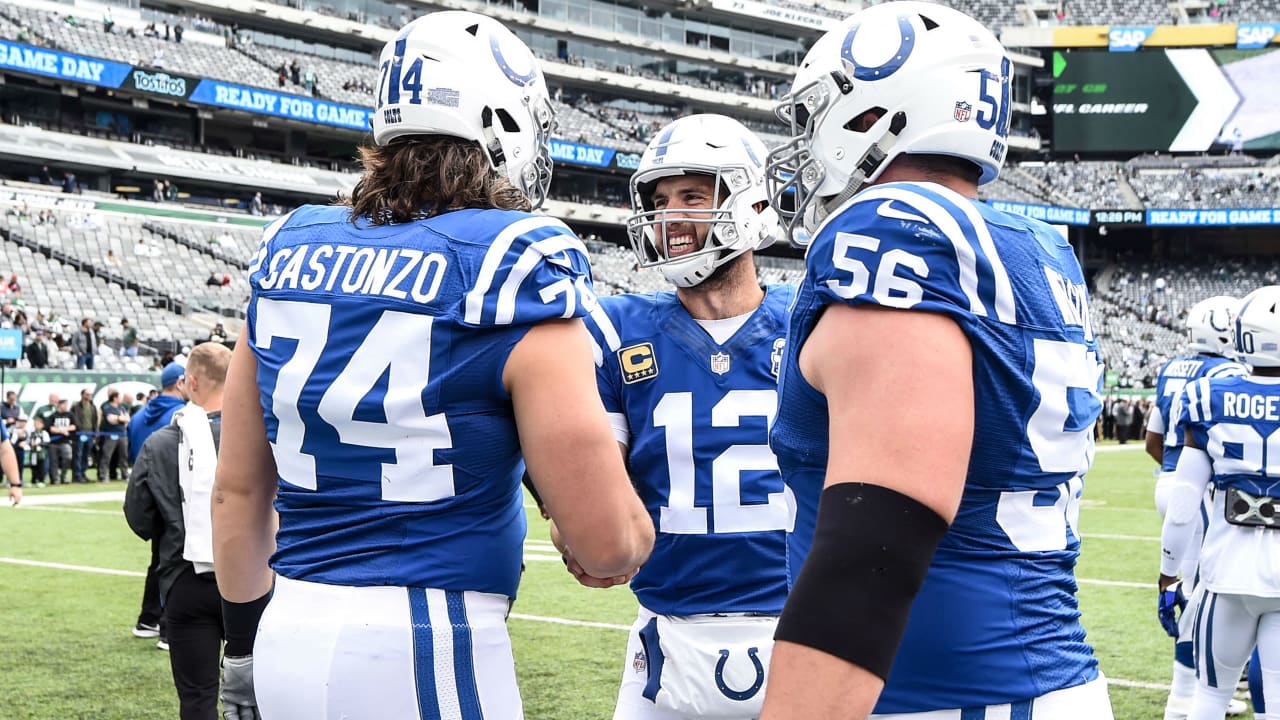 » “For the four months that I was here, I learned a ton. Not just in film, but how to approach a meeting, how to approach the media and other things like that. I think it was a blessing to have him here for those four or five months. I never really got to sit down and pick his brain a lot. Hopefully in the next couple weeks I’ll be able to still get in contact with him, and hopefully we can get together and hopefully talk some more football.“

» “It stinks that I wasn’t here sooner where I could’ve learned a whole bunch more. Obviously he’s a great quarterback. He’s proven himself, he’s won a ton of games, and he did it at such a high level and with a lot of people trusting everything he did and said. That’s what I wanna be able to get to. Hopefully, down the road I can talk to him and still learn as much as I can from him.“

» “I did briefly (talked to Luck since the announcement) for three seconds at the stadium. I just wanted to say, ‘Man, I learned a ton just in the four months that I’ve been here.’ Hopefully I can text him in a couple days once everything kind of winds down for him. I know he’s probably enjoying his time, but it’s definitely a difficult time for him and all of us.“

» “Just knowing the NFL game, seeing how well he’s done – it didn’t even need to be said. Of course you just try to take in everything that’s going on, everything he does. The treatments, the way he approached meetings, it was just constant. It was the constant reminder, ‘this is what it takes.’ I jotted everything down. Everything he said, I wanted to write down and it’s gotta pay off because that guy’s a brilliant guy.“

Tags: Coaster Emotions he him Roller was