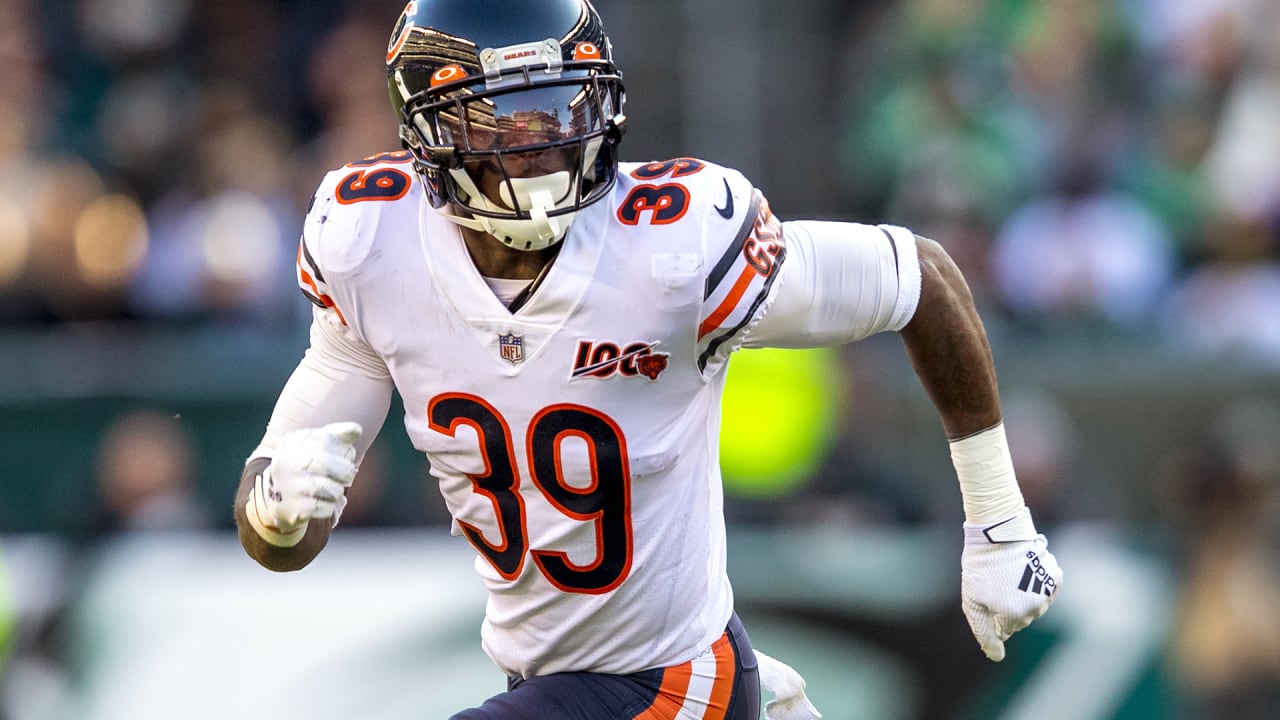 “It’s just a wonderful feeling,” Jackson said Saturday on a conference call with reporters. “It’s a blessing. Mr. [Ryan] Pace took a chance on me, bringing me in here, fourth round, after the gruesome injury I had in college. Just for him to have that belief in me is a huge blessing.”

Jackson was a ball-hawking safety with a nose for the end zone at Alabama—just as he has proven to be with the Bears—before he sustained a broken leg while returning a punt in the fourth quarter of a win over Texas A&M on Oct. 22, 2016.

Undeterred, the Bears traded up five spots in the fourth round to select Jackson with the 112th overall pick. When Pace called to deliver the news, the general manager woke Jackson up from a nap.

“It was one of those unreal moments, unsure moments that you didn’t know how things were going to go, how your career was going to be or whether you were even going to get an opportunity to be here,” Jackson said. “Right now, all those moments are just replaying in my head. I’m forever grateful. I’m forever thankful. It just shows you God is real.

“I have to thank Mr. Pace and the McCaskey family from the bottom of my heart just for even taking the opportunity to give me the chance after the injury.”

Jackson said he learned how to overcome adversity from Alabama coach Nick Saban. One example came in 2014 when Jackson tore his ACL in spring practice but returned to start 10 games that season.

“I’ve got to thank coach Saban,” Jackson said. “He taught us how to deal with adversity, overcoming those obstacles, things and different challenges in your life that you feel like want to set you back and stop you from getting to where you need to be. Just having that mindset installed has always worked; always having that chip on my shoulder and just continue to get better and be the best version of me I can be.”

On the one-year anniversary of breaking his leg—Oct. 22, 2017—Jackson became the first player in NFL history to score multiple defensive touchdowns of at least 75 yards in a game when he returned a fumble 75 yards and an interception 76 yards for scores in a 17-3 win over the Panthers at Soldier Field.

Those were only two of the impact plays that Jackson has produced with the Bears. His five defensive touchdowns in 2017-18 tied the Jets’ Erik McMillan for the most by an NFL player in his first two seasons. This past season, Jackson recorded late interceptions to seal wins over the Lions and Vikings.

Jackson is thrilled about the extension and expressed a desire to be “a Bear for life,” but winning a Super Bowl remains his No. 1 objective.

“It means a lot,” Jackson said of the new deal. “I love Chicago. I appreciate the McCaskey family, Mr. Pace, coach [Matt] Nagy, like I said, for them to even give me the opportunity, to believe in me.

“There’s still a lot of unfinished business out there. The most important part is bringing that Super Bowl trophy back to Chicago. I’m not going to stop until I can’t go no more. That’s one thing they’ll get from me. I want to retire a Chicago Bear and I want to do that after I help bring the Super Bowl to the city.”