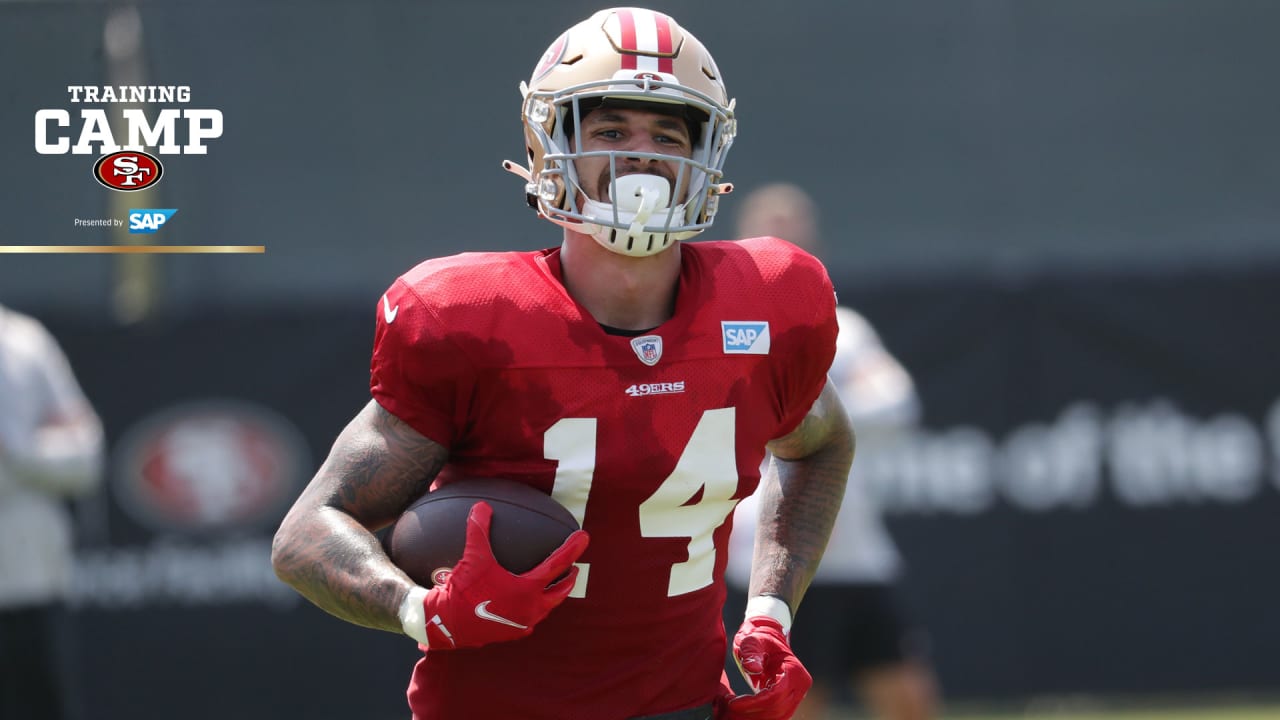 Thursday wrapped up the 49ers final training camp practice ahead of their exhibition opener against the Kansas City Chiefs on Saturday. Coming off the heels of San Francisco’s longest practice of camp on Wednesday, the team opted for a low-intensity session in preparation for the contest. Following practice, Kyle Shanahan spoke with the media and discussed preparations for the matchup as well as provided injury updates on several players. Here are a few observations from the practice.

– During the first series of full-teamwork, ﻿Trey Lance﻿ found ﻿River Cracraft﻿ on a 30-yard pickup. Cracraft also caught a 35 yarder from ﻿Jimmy Garoppolo﻿ during a situational two-minute drill that set up a first-team touchdown.

– On the following play, ﻿Nate Sudfeld﻿ rolled out of the pocket and connected with ﻿Brandon Aiyuk﻿ for a 40-yard bomb downfield.

– ﻿Eddie Yarbrough﻿ consistently found himself in the backfield. The defensive lineman recorded at least two sacks on the day.

– Thursday was the most active practice for wideout ﻿Jalen Hurd﻿, who caught multiple passes during full-team drills. He caught a pass on a slant from Lance, followed by back to-back receptions from the rookie quarterback for 35 yards during the move-the-ball drill and another from ﻿Josh Rosen﻿ in the final period of the day.

“I was impressed with him,” Shanahan said post-practice. “He got some balls. Made some plays. He’s coming along. The stuff that I said the other day wasn’t a shot at him. That’s the reality of injured players. I don’t think people realize that when you have guys who are talented enough to make your team, it’s tough because it’s not about just getting them to the 53. Those are the stressful decisions John (Lynch) and I have, because there are guys you really want to help, and you’ve got to be smart with them because they’re coming off real serious injuries. But eventually you’ve got to show that you won’t get re-injured, and that’s what’s tough.”

– During the two-minute move-the-ball period, Garoppolo orchestrated an 8-play drive that culminated in an Aiyuk touchdown as the receiver walked into the end zone untouched.

– During Lance’s series, the quarterback led a 9-play drive that was capped off with a ﻿George Kittle﻿ reception in the front of the end zone on 4th-and-6.

– Shanahan switched up the looks in the final period of practice with first team offense and defense facing other groupings. It was a low intensity drill with the defense pulling up on a number of plays, but there were still a few nice plays from the period. Here are some notes: