Both teams got ample draft compensation, and the Eagles could enter the 2022 draft with three first-round picks depending on how Carson Wentz performs with the Colts in 2021.

Pro Football Focus broke down the trade, naming Jalen Hurts the ultimate winner because he’ll be Philadelphia’s starting quarterback in 2021.

WINNER: Jalen Hurts — Hurts now appears all but set to start at quarterback for the Eagles in 2021. The 22-year-old quarterback made just four starts in his rookie season, so it would be somewhat unfair to write him off at this point. Still, that small sample wasn’t all that pretty from a passing perspective. He was far too willing to hold onto the ball — just as he was at Oklahoma — and he paired that with poor ball placement and suspect decision-making. The Alabama and Oklahoma product recorded nine turnover-worthy plays across 197 dropbacks and finished the season with a 50.4% accuracy rate that ranked 38th among 41 qualifying quarterbacks. The best path to success with Hurts is to build an offense around his ability to impact the game with his legs, similar to what Greg Roman did with Tyrod Taylor in Buffalo back in 2015 and 2016. Hurts now gets his shot to showcase his skills and is a big winner after Friday’s trades.

The move gives Hurts a full season to prove he’s the guy in Philadelphia, while the Eagles can work to fill out other lagging roster spots with talented draft picks. 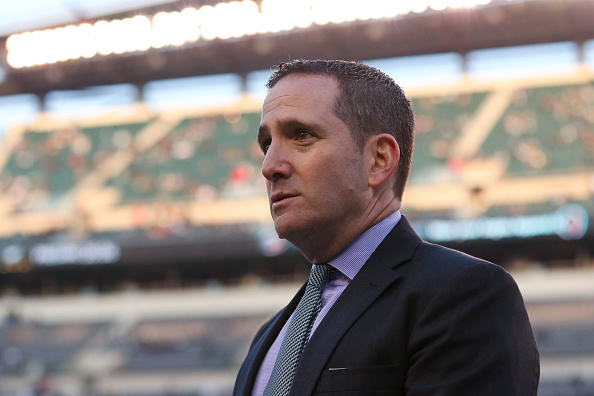 Former Eagles LB Nathan Gerry to sign with the 49ers

Eagles tried to trade up to No. 3 overall in order to land BYU QB Zach Wilson

Eagles trade No. 6 overall pick to the Dolphins in exchange for No. 12 overall, 2022 first-round pick

How the Dolphins trading No. 3 overall pick to the 49ers impacts the Eagles

[Fansided: Inside the Iggles] – Source says…