Jalen Reagor is set to make his return to the Philadelphia Eagles and he’ll have a huge chip on his shoulders after watching some of his peers from the 2020 NFL Draft flourish in his absence.

While Reagor has been injured, Justin Jefferson, Laviska Shenault, Brandon Aiyuk, and Chase Claypool have flourished and made huge impacts for their respective teams.

On Friday Reagor was asked about watching other guys have success while he was injured. The Eagles mentally tough rookie chalked it up to “things happening for a reason” and his patience as the major factors in his confidence.

Asked about other rookie receivers making big impacts while he was injured, Jalen Reagor said he believes things happen the way they’re supposed to. “I’m patient,” he said. pic.twitter.com/PBWVavORSc

Reagor was injured in Week 2 and has five catches for 96 yards on the season, including a 55-yard reception in Week 1. On Sunday he could get the chance to take the field with the No. 17 overall pick and a player he’ll be compared to for years to come in the Cowboys’ CeeDee Lamb. 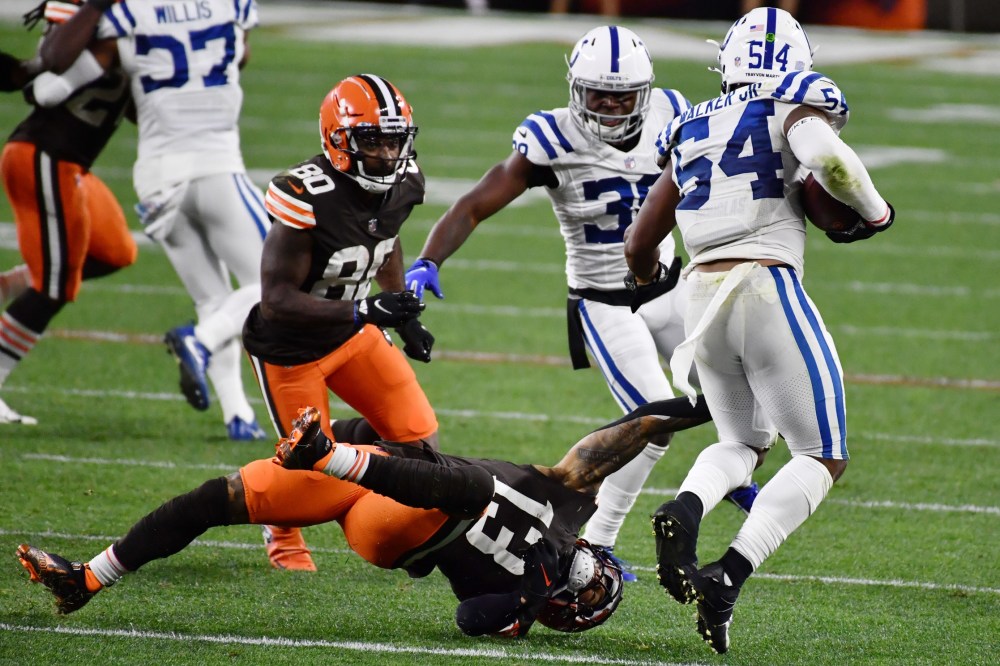 Eagles Jordan Mailata on moving to RT, or the bench, being a part of football

Zach And Julie Ertz to provide 2,500 Meals For every Eagles TD during next 3 homes games

Jalen Reagor on rookie WR’s making an impact while he’s injured: Things happen for a reason