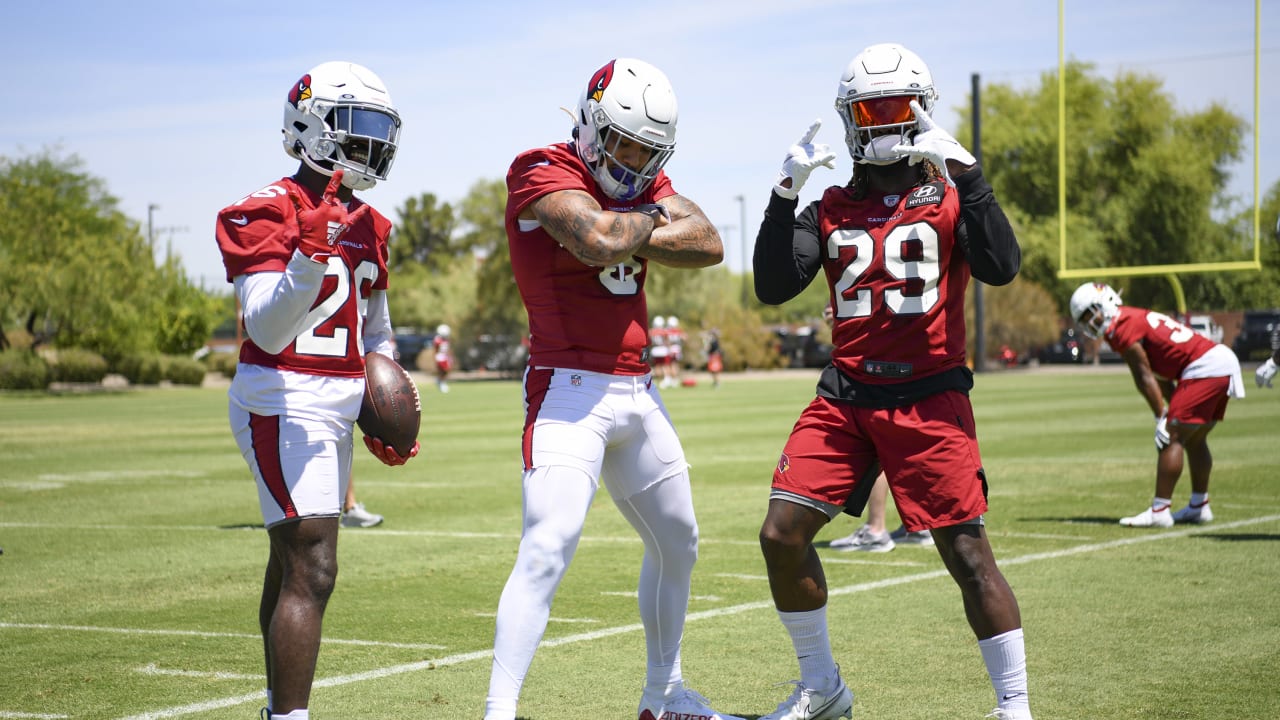 Everyone knows James Conner will be the Cardinals’ main back this season, but his backfield partner is to be determined.

The candidates for the job include free-agent signee Darrel Williams, second-year rusher Eno Benjamin, Jonathan Ward, and 2022 draft pick Keaontay Ingram. Conner is a fan of them all.

“I like it,” Conner said. “Competition brings the best out of everybody if you’re a true competitor. Right now, we have a room full of talented running backs and a lot of young guys making big plays. (The battle) will come down to whoever makes fewer mistakes and is trusted (the most).”

Conner is in a different situation and not competing for a job. The 27-year-old made his case to be the Cardinals’ primary rusher last year by totaling more than 1,100 yards from scrimmage, a career-high 15 rushing touchdowns while finishing third in the league with 18 total touchdowns.

The year turned into Conner’s second career Pro Bowl appearance and a fresh three-year contract to become running back one for the foreseeable future in Arizona, as Chase Edmonds departed for the Miami Dolphins in free agency.

But Conner’s mindset is the same as when he arrived in the desert the last offseason on a one-year prove-it contract, following a downward 2020 with the Pittsburgh Steelers. Conner believes that this recipe will allow him to have another successful season in Year 2.

“I know what they expect from me this year, but I’m just trying to keep my job every day,” Conner said. “(By doing) the same thing (I did last year). I have to get myself in shape, try to play mistake-free, play fast, and be available for the team. That’s the main thing. I feel like I can contribute great things to the game every time I’m on the field. I have to be out there and be available.”

The Conner and Edmonds’ rushing tandem was an ideal pairing. They complimented each other in coach Kliff Kingsbury’s offense by picking up short-yardage first downs and tough goal-line touchdowns. But injuries between them piled up later in the season; they spent less time together on the field, which certainly affected the flow of the offense.

It’s why Kingsbury believes having multiple running backs ready to contribute and available throughout this season is essential. Kingsbury also didn’t dismiss the possibility of keeping four running backs on the 53-man roster.

“I thought we were playing our best football offensively when we had Chase and James available,” Kingsbury said. “Chase is in a new spot, but a guy like James is hard to replace.

“I’m excited to see Eno continue to emerge; he’s had a nice offseason. Jonathan Ward as well, and we signed Darrel Williams. We’ll see how it plays out. We’ll need all of them at some point, I’m sure.”