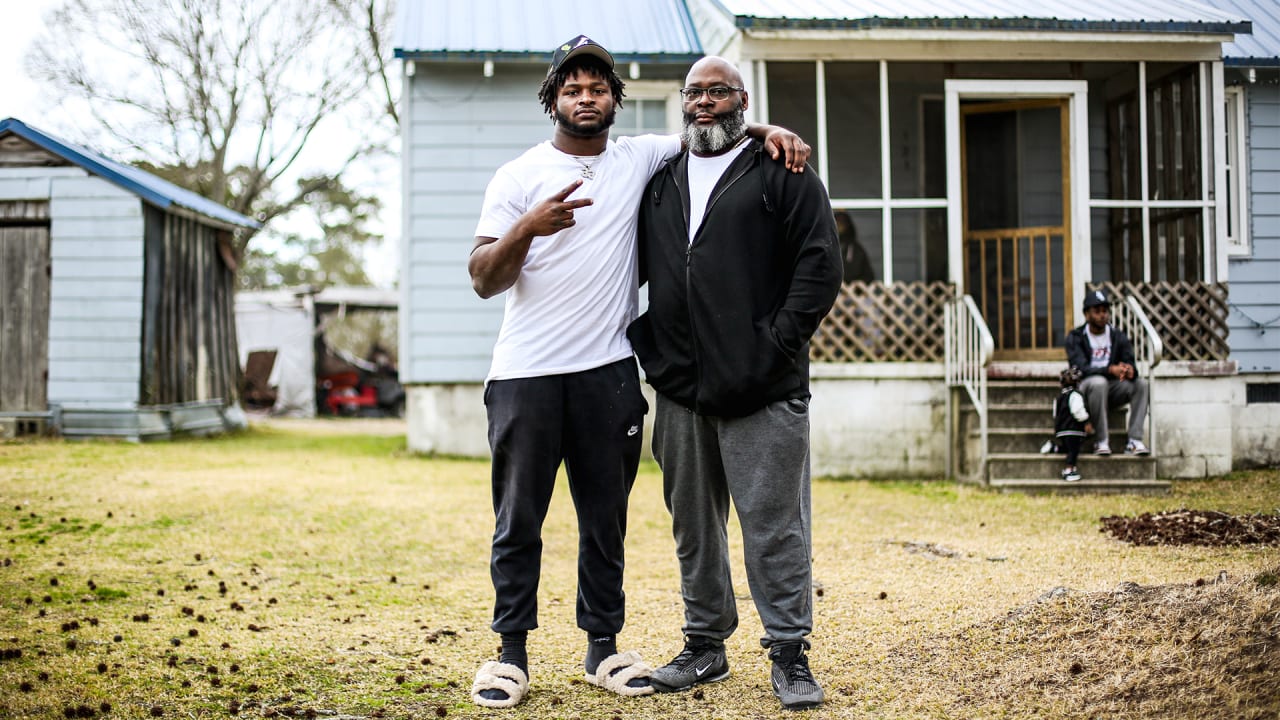 Shekemia doesn’t know exactly how to describe Jermaine’s bond with Javonte, but the best way she knows how is by telling a story about what it’s like when she, Jermaine and their daughter Raedeyah travel to Javonte’s games.

“What?!You just told us not to say anything and you telling everybody! But that’s just him. He is just so excited.”

So excited, apparently, that when Javonte called during the offseason to talk, Jermaine asked him, “You watching the game?”

The next game of the NBA Finals wasn’t until later in the week, so Javonte was confused.

“He’s like, I’m watching the Broncos vs. the Cowboys,” Javonte says. “He was watching the replay from it. … He’s always doing that. Every college game he’s got recorded on the TV. It’s so crazy. My baby sister knows; she’s like, Vonte, Vonte. She knows from TV, that’s how much he watches.”

There may not be a word strong enough for the level of pride Jermaine feels.

The love between them may be hard to express, but that doesn’t mean it’s hard to understand. “Big Pookie” has always been there for “Little Pookie,” going to his games, cutting his hair, believing in him and believing in who he can be.

“[He’s] just somebody that’s always been there for me, no matter what it is,” Javonte says. “I can call him any time I wanted to; he’s going to answer the phone and pick up. He’s always going to keep it real with me. Doesn’t matter whether it’s going to hurt my feelings or not, he’s going to tell me the truth. And that’s why I love him so much.”