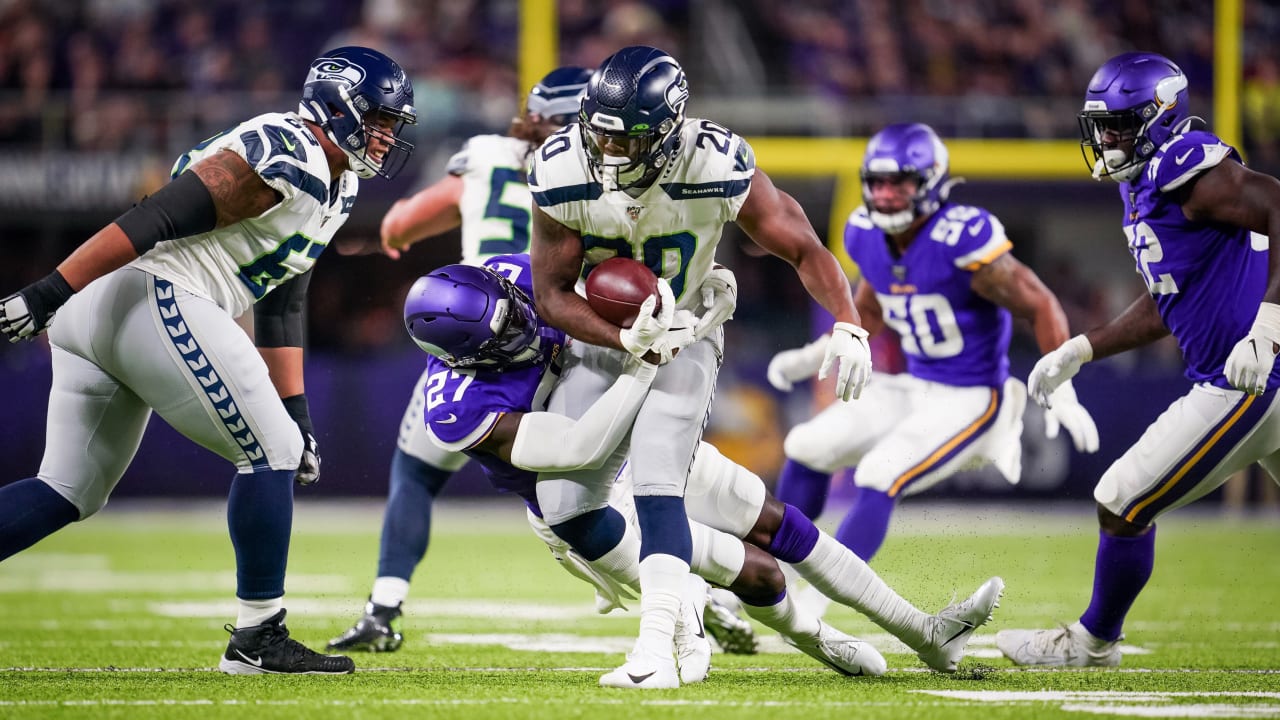 Kearse gets a jump on the snap and starts heading into Seattle’s backfield as rookie receiver John Ursua heads to the left as part of a play fake. Ursua doesn’t see Kearse coming through the gap between Weatherly and Mata’afa, giving the safety a tackle for a loss of 6 on their opening play of the second half.

The plays illustrate how comfortable Kearse has become in the Vikings defense, either as a safety or when used in Minnesota’s big nickel package.

“I’m just more comfortable as a player, so it doesn’t really matter where I’m at,” Kearse said. “I’m confident in my ability and the things that I can do well. As far as being in that role, I feel like I have shown the coaches enough for them to know I can play that role at a high level. I’m just coming out every day, trying to get better and just continuing to work so when I do get an opportunity in that position, I can make the best of it.”

If the plays seem kind of similar to what Vikings fans have grown accustomed to seeing out of Harrison Smith, there’s a good reason.

“I’ve learned a lot [from him], just about reading your keys, and when you see something, shoot [the gap],” Kearse said. “Don’t second-guess yourself, because if you second-guess yourself, you end up in a position where, ‘I should have done this. I should have done that.’ Watching Harrison and the things he’s done close to the line and behind the line of scrimmage has been big for me. Just talking to him about film study and what he sees has been a big help.”

“Anytime he’s been down near the box, he’s done a great job as far as his reads, as far as runs, play-actions and all those types of deals that we ask him to do,” Edwards said. “He’s done a good job when we go into that package, and even in our sub-package when he’s back at safety, he’s come down.”