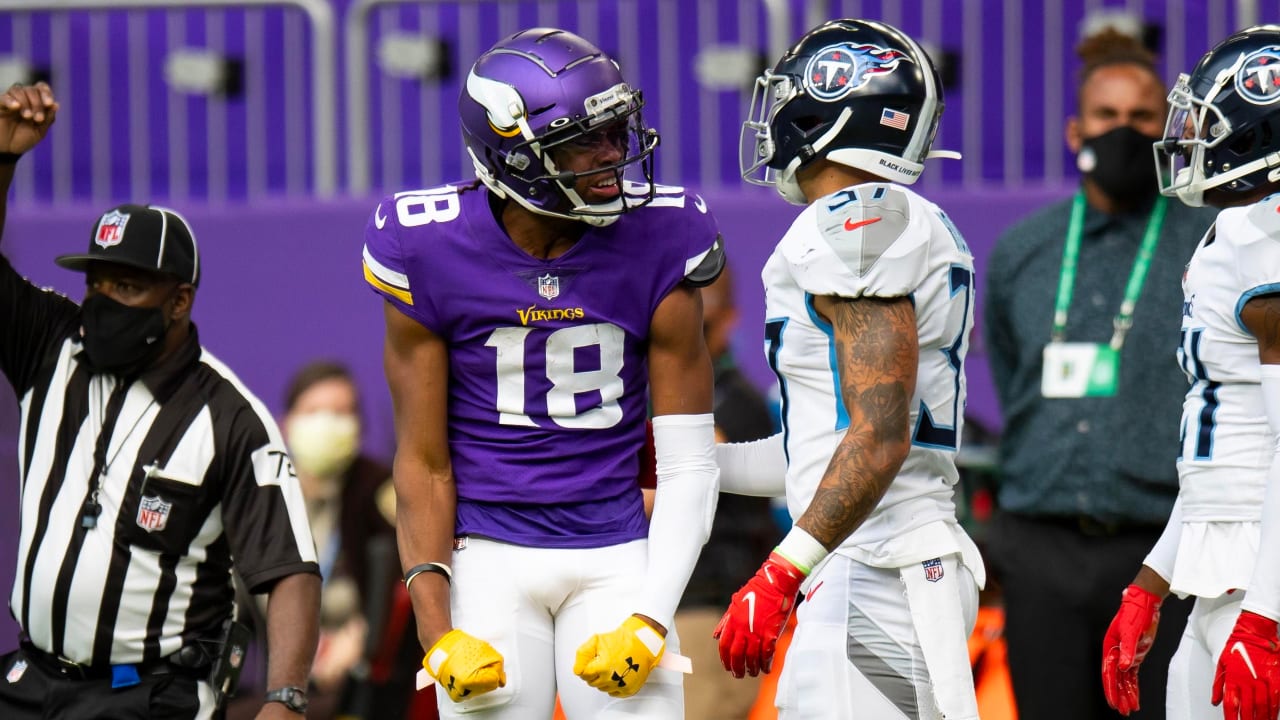 Justin Jefferson is not going to win the NFL’s Most Valuable Player award after his rookie season.

But ESPN’s Seth Walder still came away plenty impressed with the Vikings wide receiver’s rookie season. Walder recently tabbed Jefferson as one of 10 non-quarterback NFL MVP candidates from the 2020 season.

Walder had Jefferson at No. 10 on his list, and the former LSU standout was the only rookie included among other big-name stars.

Thus, we can say that Jefferson ranked first in receiving yards over expectation. However, note that baked into that expectation is Jefferson’s separation. He had 2.6 yards on average, while all the other receivers on this list averaged at least 3.0.

Jefferson recorded 1,400 receiving yards, including 586 on vertical routes — more than any other player in the league. And he finished sixth in EPA, right behind [Davante] Adams.

Jefferson ended his rookie season with a rookie-best 88 receptions and also set a Super Bowl-era record with 1,400 receiving yards.

He also ranked second among all rookies with seven touchdown catches.

Jefferson was one of two rookies to be named to the 2021 Pro Bowl, along with Washington defensive end Chase Young.

You can vote for Jefferson here for the 2020 Pepsi Zero Sugar NFL Rookie of the Year Award.