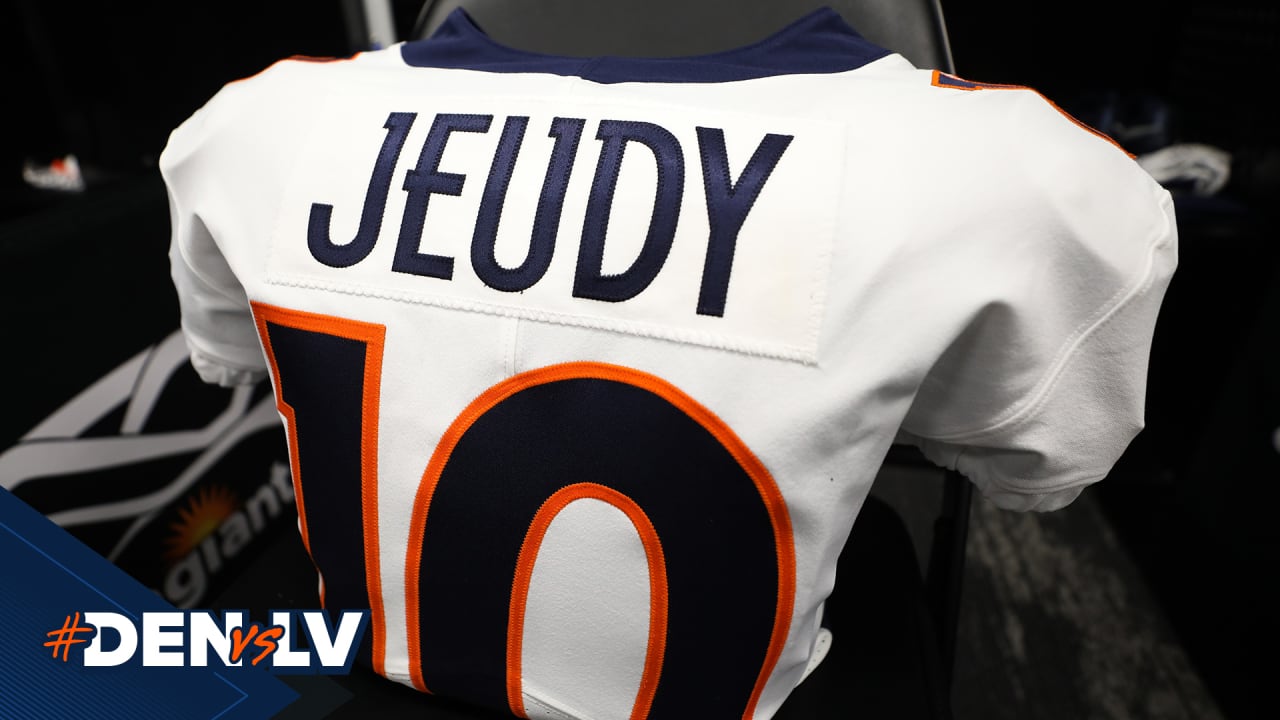 Wide receivers Jerry Jeudy and Diontae Spencer, tackle Demar Dotson and cornerback Bryce Callahan are all active for Sunday’s game against the Raiders after being listed as questionable on the team’s final injury report.

Spencer has not played since suffering his injury in Week 6 against the Patriots, while Callahan missed the team’s Week 9 loss to the Falcons. Jeudy has appeared in all eight of the Broncos’ games this season.

Denver will be without tackle Jake Rodgers (shoulder), who was also listed as questionable. Head Coach Vic Fangio said earlier in the week that Calvin Anderson would be the team’s likely starter if Dotson and Rodgers were unable to play. Anderson has not played an offensive snap in his young NFL career.

The Broncos previously ruled out linebacker Joe Jones with a calf injury.

For a complete look at the Broncos’ inactives, see below: