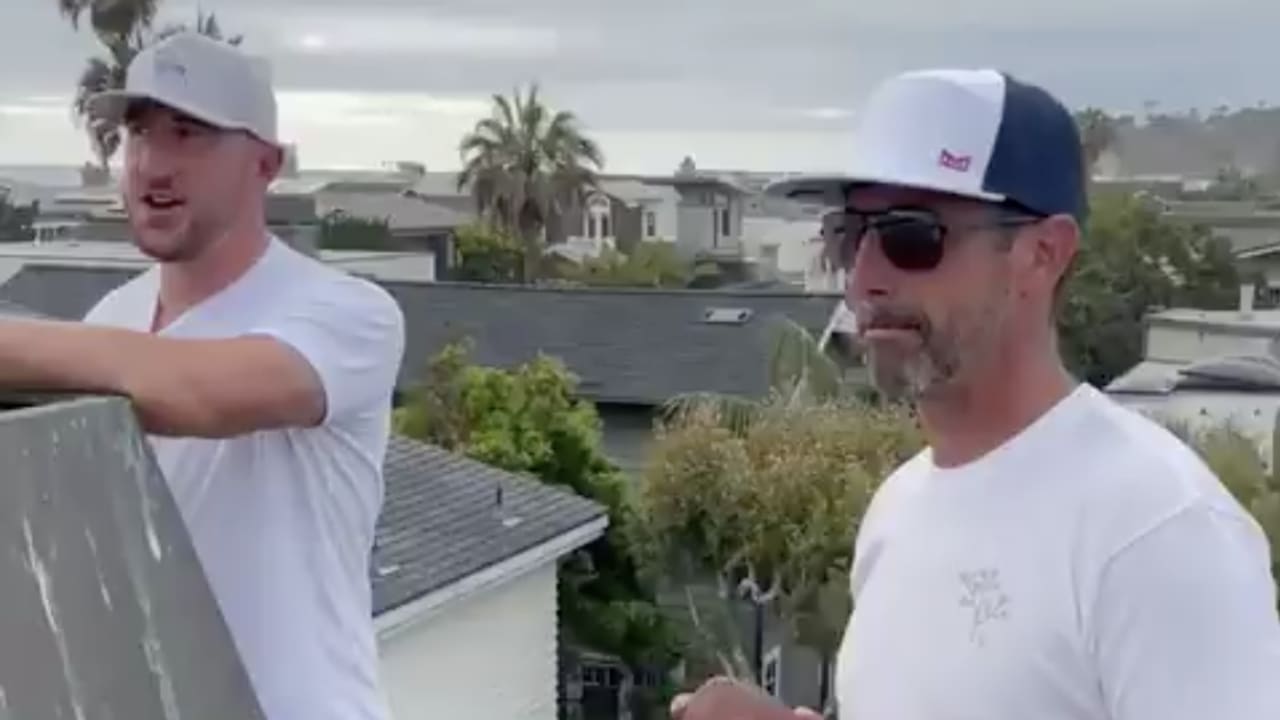 While the San Francisco 49ers are in the middle of their summer break, head coach Kyle Shanahan has been spending time in Del Mar, Calif. with his family. He’s also been linking up with a former 49ers fan favorite while residing in Southern California.

Since hanging up his cleats in April of 2020, Joe Staley has spent the bulk of his retirement down in San Diego away from football with his two daughters Grace and Audrey and wife, Carrie.

Both Shanahan and Staley have caught up with one another on several occasions this offseason, including over the holiday weekend as a viral video of the two had taken social media by storm.

During a get-together for the Fourth of July, the video clip shows the 49ers head coach launching a football from his rooftop across the street to another that appeared to astonish the onlookers in attendance, including the former 49ers left tackle.

While picking up steam (and views) across several social media accounts, Staley retweeted the video, specifying the head coach called his shot and landed the throw in a pizza oven across the street.

On Tuesday morning, Staley was a guest on 95.7 The Game’s “Morning Roast” to give the backstory to Shanahan’s skillful throw.

“The funny thing about that video was the buildup because Kyle was talking for five minutes before that video about how he’s going to hit it in that little pizza oven and we we’re like, ‘no you’re not. You’re not going to do that and there’s no way you can hit it,'” Staley explained. “And first one, first take. He didn’t stop talking about the rest of the day.”

Since posting the video on Sunday, the clip has garnered nearly 700,000 views on Twitter alone.

Although Staley and Shanahan have been linked to one another, don’t anticipate the left tackle’s return to the 49ers just yet. Staley, who spent four seasons under Shanahan, retired after 13 seasons in the NFL due to a “deteriorating neck injury.” Staley expressed he is in no hurry to return to football, even though the head coach has extended the offer to rejoin the team from an alternate view.

“I know Kyle’s trying to get me up there to work on his staff, but I’m not ready to do the coaching thing yet,” Staley added. “I’m really, honestly, just enjoying the time that I have with my family right now. I have two young girls, seven and four, and we’re enjoying spending a ton of time together. I’m catching up on all the time I missed while playing football and I’m not in a huge hurry to get back into something.”