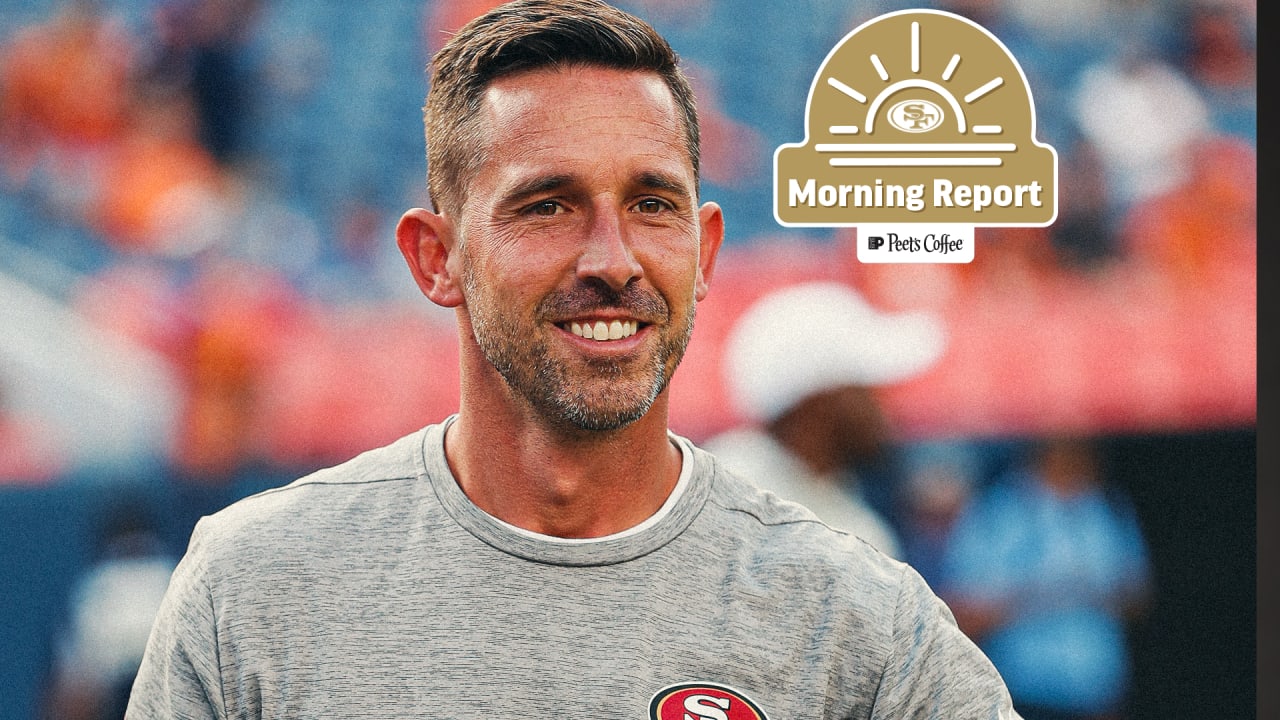 After a successful season on offense in 2019, where do you think it can get even better in 2020?

“Just the whole deal. Yes, we did have a successful year, but we went back after the year and we tried to be hard on ourselves and figure out where to improve and there were a lot of ways we could improve starting with us as coaches. It’s our job to put these guys in positions to be successful. Then our players – we’ve got some cool dudes who are going to be hard on themselves too. ﻿George Kittle﻿, ﻿Deebo Samuel﻿, ﻿Raheem Mostert﻿, guys like that, are going to try and find ways they can improve and take their game to another level.”

What is the team’s philosophy on complementary football between the run and pass?

“It’s been Coach Shanahan’s philosophy since he started being a coordinator and really got into the league 15 years ago. It all starts with the run game for us which sets up the pass. But the big thing we like to say with our offense is they need to marry up with each other, they need to look the same. The way our offensive line comes off the ball in the run game is really no different than how they come off in the passing game, particularly on first and second downs. That’s everything for us and our philosophy in terms of marrying it up and making a defense not really know if it’s run or pass.”

After completing his first 16-game regular season, what areas of the passing game do you expect ﻿Jimmy Garoppolo﻿ to take another step forward this season?

“Even though he’s been in the league six or seven years, he hadn’t played much. ﻿Nick Mullens﻿ and ﻿C.J. Beathard﻿ had played more than him going into last year. I think for him to be able to take a step back and take a breather, will be good. With the 16 games and three in the playoffs, that’s 19 games and you really don’t get to take a breath during the season. For him going back, even without the offseason this year in terms of actual practice, I think everything will slow down for him. That’s the key for a quarterback, they just want everything to be as slow as possible and the only way you can do that is by playing. He had a great year last year, but he’s got the talent to be as good as he wants to be.”