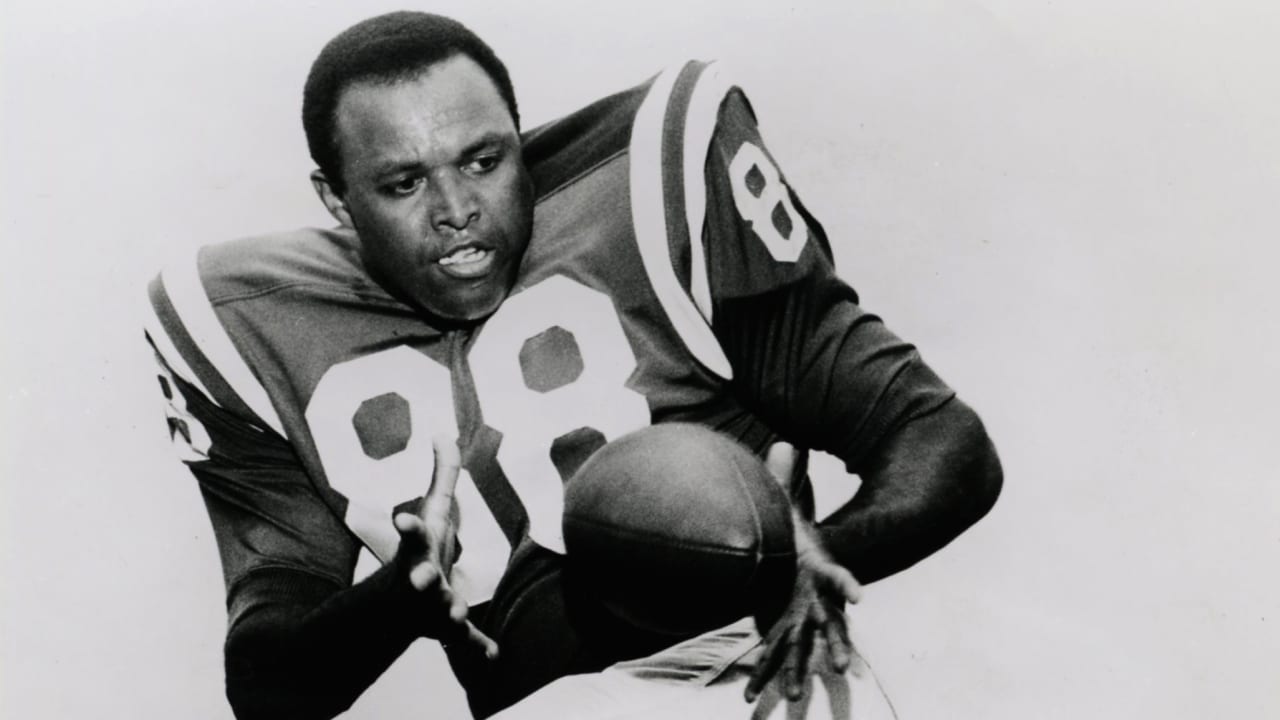 A Lenny Moore seven-yard touchdown run later in the period would get the Colts to within three, 17-14, but the Lions would escape with a 20-14 victory.

As you’ve probably noticed, the NFL in 2019 is celebrating its 100th season, and tonight, the NFL Network debuted its show, “NFL 100 Greatest Plays.”

The lone Colts play on the list is this great effort from Mackey, which was ranked the 40th-best play in NFL history.

Mackey, a second-round pick by the Colts in the 1963 NFL Draft, was way ahead of his time at the tight end position, giving the Baltimore offense a terrific blocker, ball carrier and dangerous weapon in the passing game who possessed speed not seen from a tight end at any previous juncture.

In that 1966 season, Mackey caught 50 passes for 829 yards and a career-best nine touchdowns, and six of those scores were plays of 50 or more yards, including the play against the Lions.

“I decided that the only thing you can do is to just try to hurt someone,” Mackey told the NFL Network of his approach when he caught the ball in the open field. “The play when I ran over the nine guys against Detroit … I caught that diagonal pass, and when I turned up it was like the whole team came over there. And I just closed my eyes and ran into it and came right through it.”

Mackey, a very well-respected player league wide who served as the first president of the NFL Players Association following the AFL-NFL merger, was inducted into the Pro Football Hall of Fame in 1992.