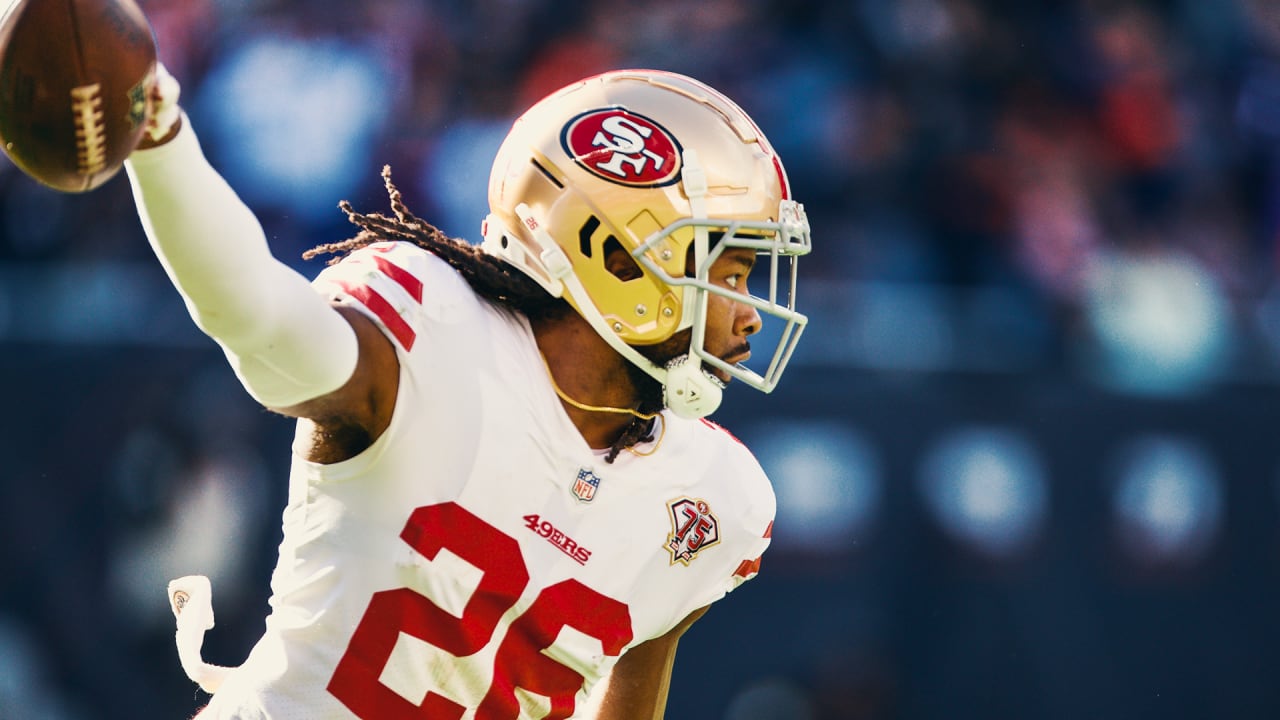 “My game evolved a bit, not just playing the outside role being a cornerback, you got to put a little bit more into it, you’ve got to be a trench monster,” Norman said. “I see it as an opportunity to work on my precision, work on my eyes, key my target and then that maximum opportunity makes a perfect punch.”

Becoming exponentially aggressive on defense and fine-tuning his “peanut punch” has come with experience for the veteran cornerback. Norman, who signed with San Francisco back in September, has now forced 19 fumbles in his 10th year in the league.

“As long as you’re playing this game, you keep learning,” Norman said. “More and more comes to you … it seems to be one of my strengths now.”

Even with new faces on the defense making strides, the 49ers are a proven fact that it takes more than just one player, and position group, to earn a victory. In a defense that boasts the likes of Pro Bowl edge rusher Nick Bosa and All-Pro linebacker Fred Warner﻿, Norman has credited the top to bottom efforts of San Francisco’s defense, highlighting a long list of players who have been deserving of acknowledgement.

But no matter the opponent’s record nor home field advantage, it’s going to take the efforts from every player from the unit to walk away with a win. And that’s what was on display in Week 11.

When asked how the 49ers defense performed on Sunday against the Jaguars, Norman gave a simple response: “Exceptional.”

“We’re just having fun with each other and it’s a joy, it’s a treat,” said Norman. “It’s an honor to be on this football team.”

In Sunday’s game, the 49ers defense managed to hold Jacksonville’s rushing game to only 54 yards allowed, and held the Los Angeles Rams high-powered offense to only 52 yards in Week 10 – a once weakness of San Francisco’s unit.

Following the offseason departure of now-Tampa Bay Buccaneers cornerback Richard Sherman, the unit has been void of the pronounced leadership from the All-Pro corner. After losing Jason Verrett in Week 1, Norman boasts the most experience in San Francisco’s relatively young cornerback room. Not only has Norman’s tenure on the field enhanced the defense’s performance, but he’s become a resource in the defensive back room to provide younger players an opportunity to elevate their game alongside yet another Pro Bowl talent.

“He’s been in the game. I believe he’s seen it all, kind of like that Richard Sherman aspect,” cornerback Emmanuel Moseley said. “Leading the younger guys, leading me. He’s been a great leader for the team. Everyone loves him. We’re glad to have him around.”

Added defensive coordinator DeMeco Ryans: “He’s a true pro. I love veterans that come in and take young guys under their wing. That means a lot to me. That’s how guys did it for me coming in. He speaks when he needs to speak. He’s intense on the field, plays with a high level of energy. Happy we were able to get him when we did.”

San Francisco is now 5-5 following their series of back-to-back-wins and January football is beginning to slowly creep into conversations surrounding the club. But heading into Week 12, the defense will aim for repeat performances with Justin Jefferson and Dalvin Cook coming to town with similar aspirations.