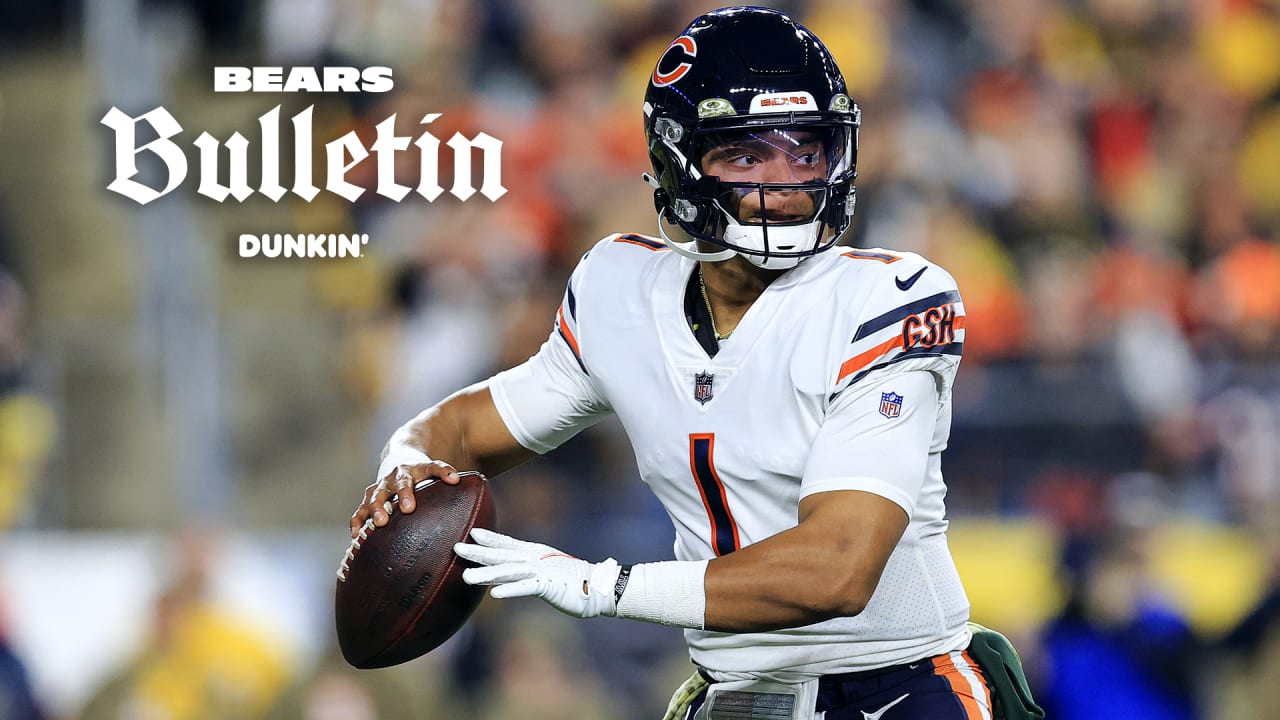 Even though he’s dealing with an injury and the Bears have been eliminated from playoff contention, Fields wants to return to start Sunday’s finale.

“You don’t get these moments back,” he said. “I don’t know who may be here next year, so I’m just getting that one last game with those guys in and just not taking any of it for granted. I could just sit out the last game and just get ready for next season, but every opportunity I get to play the game I love, I’m going to do it … I think it’s important to show what kind of guy I am to my teammates and my coaches.”

Fields enters the final weekend of the regular season having appeared in 12 games with 10 starts. He’s completed 58.9 percent of his passes for 1,870 yards with seven touchdowns, 10 interceptions and a 73.2 passer rating. Showing his dual threat ability, he’s also rushed for 420 yards and two TDs on 72 carries.

“He’s done everything that we’ve asked him to do this year in the developmental part,” said coach Matt Nagy. “As we know, at the quarterback position, it takes time. As I’ve been saying from the very beginning, whether it’s games or years, you look at some of the greatest quarterbacks to ever play this game, they’re still getting better and better whether they’re in their eighth, ninth or 10th year.

“He definitely has developed and improved this year from the very start, from the day he got here, what he can do within this offense to the experience he’s had to building relationships with his teammates and coaches.”