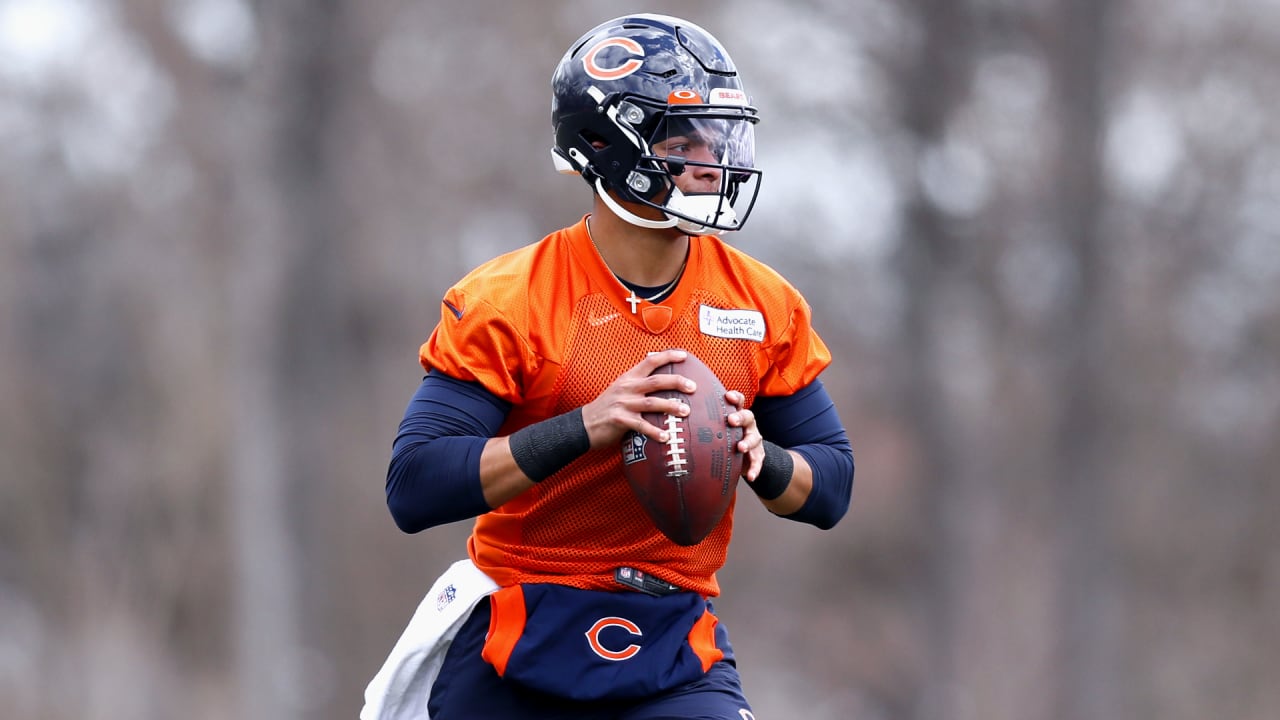 Fields has spent the last few months learning the Bears’ new offense. Since the start of the offseason program April 4, he’s worked closely with offensive coordinator Luke Getsy and quarterbacks coach Andrew Janocko in the classroom. This week’s voluntary minicamp—which consists of practices Tuesday, Wednesday and Thursday—is Fields’ first opportunity to transfer what he’s learned onto the field.

Coach Matt Eberflus was pleased with what he saw from Fields Tuesday.

“He’s just soaking it in and taking command of the offense,” Eberflus said. “He’s done a great job with that so far. I thought he did an excellent job today, he really did. He was in command of the offense, really every play that I saw. When you’re working with 11 guys, there was a mistake here and there by this person or that person. But, man, he had really good command today.”

Eberflus and general manager Ryan Poles have repeatedly vowed to put Fields and his teammates in the best positions to succeed by accentuating their strengths.

The Bears have already made one switch involving the quarterback’s fundamentals.

Eberflus has said multiple times that he anticipates Fields will make a big leap in his second NFL season. As a rookie, the former Ohio State standout appeared in 12 games with 10 starts, throwing for 1,870 yards with seven touchdowns, 10 interceptions and a 73.2 passer rating. He also rushed for 420 yards and two TDs on 72 carries.

Fields showed flashes of his dynamic dual-threat ability, most notably on a spectacular 22-yard touchdown scramble against the 49ers and by engineering a 75-yard TD drive to give the Bears a late lead over the Steelers. But he also committed miscues that need to be corrected, such as taking too many sacks and failing to protect the ball at times.

“[There were] a lot of ups and downs, but I definitely learned a lot,” Fields said. “[I’m] thankful for all the experiences we had to go through. The stuff last year is just going to make me better, so of course I’m excited for Year 2.

“I have a lot more knowledge now. Going through a whole season, you learn a lot of things and you start incorporating things in your routine to make you a better football player.”