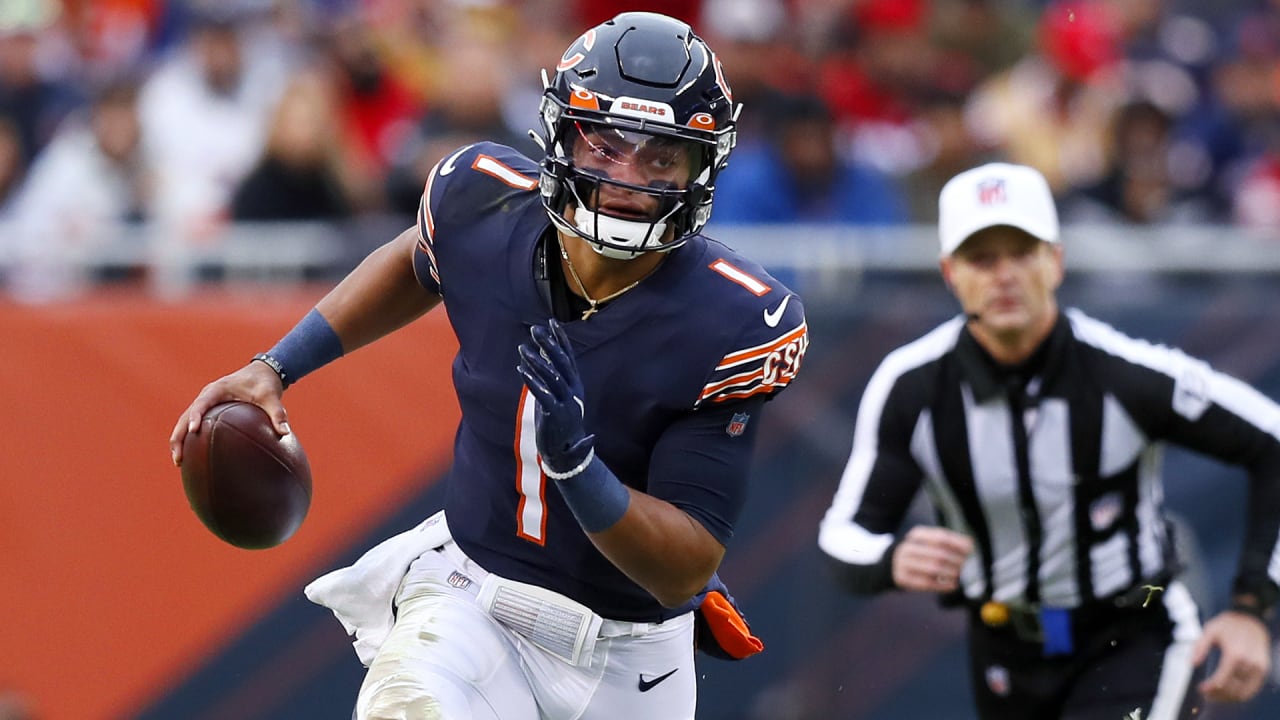 Fields practiced on a limited basis last week, but he has yet to be medically cleared to play in a game.

“We’ve just got to work through all that. And as soon as we kind of have clarity on all that, then we’ll know. In the meantime, we have to be able to do like we did last week, too, which is kind of prepare on both sides of it.”

If Fields is unable to play in Green Bay, veteran Andy Dalton likely would make his third straight start. After passing for a season-high 317 yards in a 16-14 win over the Lions, the veteran quarterback threw four interceptions that the Cardinals converted into 23 points in Sunday’s loss to Arizona.

Fields has appeared in 10 games with eight starts this season, completing 115 of 198 passes for 1,361 yards with four touchdowns, eight interceptions and a 69.0 passer rating. The first-round draft pick from Ohio State has also rushed for 311 yards and two TDs on 56 carries.

Fields showed growth in the last two full games he played. He became the first quarterback in Bears history with at least 175 passing yards and 100 rushing yards against the 49ers and followed with an impressive performance versus the Steelers, passing for a career-high 291 yards and engineering a late go-ahead touchdown drive.

“Going back to the San Fran game, I really felt like the game, No. 1, was slowing down to him,” Nagy said.

Asked what he hopes to see from Fields when the rookie returns to action, Nagy said: “If we have a check at the line, if we have some growth where he can get to something within the play, seeing him kind of grow in that aspect.

“I really felt like his confidence was starting to get good out there. At practice. On the field. In himself. The other part of this, too, is us creating and knowing what his strengths are helped us out as well. We were kind of trying to find that balance. So, if he is able to go this week, then we have to do a good job with understanding that.”

Despite being sidelined the past two weeks, Fields has remained engaged during meetings, practices and games.

“Justin’s very mature,” Nagy said. “You don’t really have to push him in that way. I do think the last couple of games, him being on the sideline has probably given him a little perspective as, No. 1, how things go on the sideline, and No. 2, what it’s like being able to see it from the defense’s perspective, too. He’s tough, though. He’s mentally tough.”