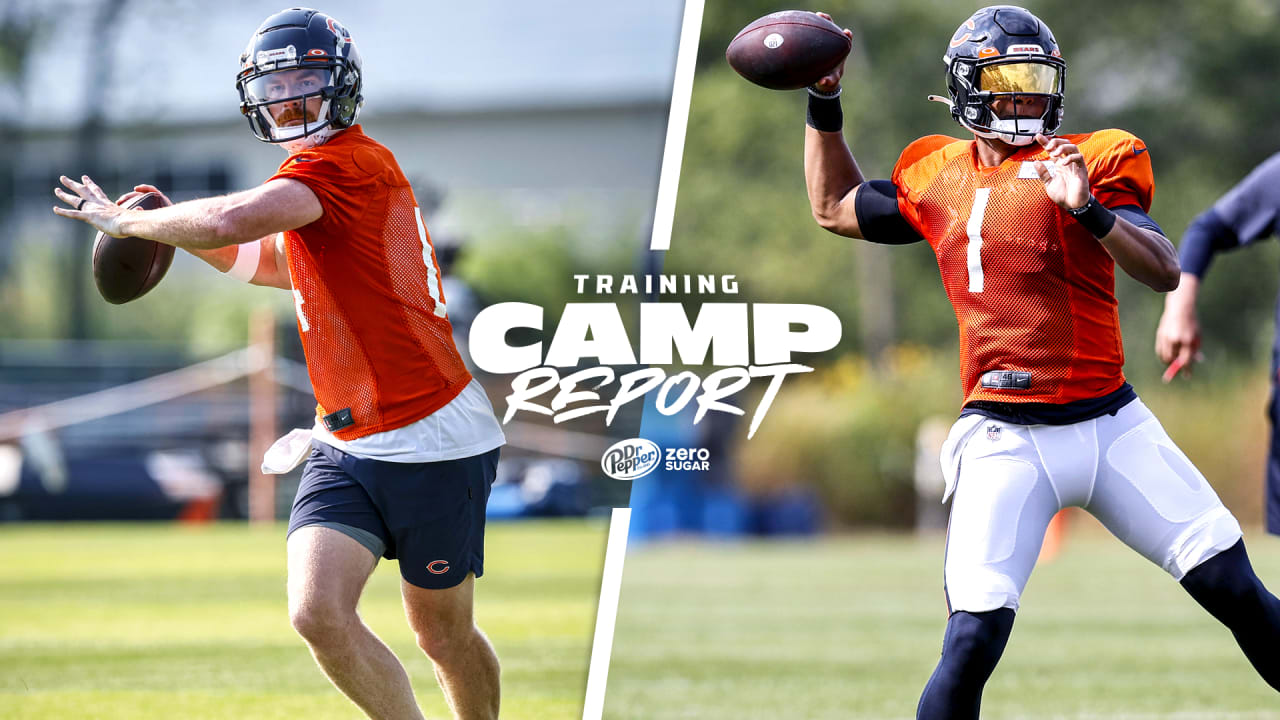 This season, the plan is to start Dalton and groom Fields behind him. Nagy said Wednesday that Dalton will play sparingly in the preseason because the 11th-year pro already has gained a firm grasp of the offense.

“I would say if we felt he wasn’t at the point we wanted him to be at, we would play him more in preseason,” Nagy said. “[But] he’s exceeded that. He could play tomorrow in a game and I would feel great about it.”

Fields, on the other hand, needs to play in preseason games to gain NFL experience and give the Bears tape of him to evaluate.

“The No. 1 goal is to get him as many reps as we can,” Nagy said. “But then we as a staff have to be able to understand and feel the opponent we’re playing, the matchups they have versus us, where that’s at, because we want to be smart. We don’t want to get in a situation where any of these guys—not just Justin—are put at risk. That could be any position.

“But when you look at the quarterback spot, there is that balance and we’ve got to be able to evaluate. The only way you can evaluate is by running stuff that you want to run. It just can’t be a certain scheme or play all the time. It’s not fair to the offense. I feel like with our coaches we’ll be able to do that. We can scheme some things up and give him a chance.”

Nagy knows that there’s been a lot of hoopla and anticipation surrounding Fields ever since he was drafted.

“We try to insulate him and just have him focus on that game plan that he gets, making sure he’s good with all of that,” Nagy said. “Some of the other distractions, we want to minimize it. But at the same point in time, what’s real is real. There’s going to be a lot of excitement out there for our team and for Justin when he goes out there.

“That’s his job. He’s been on a big stage before. The beauty of that is that he knows how to handle that stuff. He’s very mature and focused. He doesn’t let a moment get too big for him. He’s very calm, very reserved.”

Not every Bears starter will see the same amount of playing time Saturday, which means that Fields could be on the field with some members of the No. 1 offense.

“I would say there’s a good possibility that that could happen,” Nagy said. “There might be a time where we put him in and it just so happens that a guy like [receiver Darnell] Mooney isn’t in there but some of the others are. But there might be one or two plays where Mooney is in. It’s a feel thing. This whole preseason is going to be a feel [thing].”

Regardless of how much Dalton, Fields and third-stringer Nick Foles play Saturday, the objective for all three quarterbacks is the same.

“Just go out and lead that offense,” Nagy said. “Don’t worry about making mistakes; that’s going to happen. Just play football. And if you do that and you’re the leader of that team and you score touchdowns, then we’ll all be happy.”

Tags: he him nagy