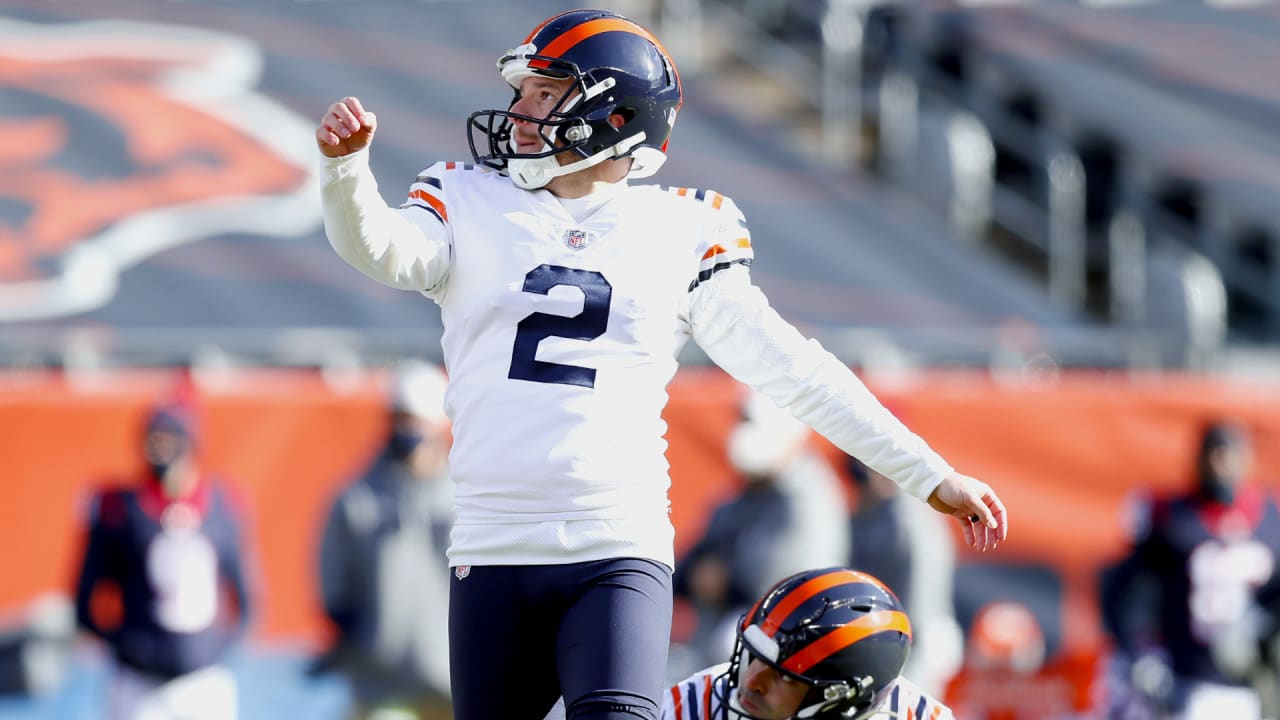 Santos originally entered the NFL as an undrafted free agent with the Chiefs in 2014. He experienced immediate success, converting 84.8 percent of his field-goal attempts (89 of 105) during his first four seasons. But after aggravating a groin injury in a Week 3 win in 2017, he was placed on injured reserve and then released by Kansas City.

Santos signed with the Bears later that season. He appeared in two games, making 1 of 2 field-goal tries, but he hurt his groin again and landed on injured reserve. Santos’ nomadic journey continued in 2018-19 with the Jets, Rams, Buccaneers and Titans—all of whom eventually released him.

“At times I wondered if I’d ever actually recover from these types of injuries—multiple injuries in the groin,” Santos said. “A lot of it wasn’t if I could still be the accurate kicker that I once was or the [strength]. It was just like if my body was going to allow me to. That was going to be a big disappointment if I just couldn’t get over that hurdle.

“There were parts of those years that I was still playing that I just didn’t feel like I was popping the ball the way I used to. It was more clear, the season I had last year, that I got back to myself—if not even stronger. Those years I was playing in Tampa, bouncing around, I was not as strong as I was this past year and as strong as I wanted to be. It was tough battling and doubting if I was going to be able to get there just because the body was not responding how I wanted it to.”

It was clear to Santos and the Bears that he had regained his strength and pop last summer when he participated in a kicking combine staged by former NFL kicker John Carney.

“The Bears were one of the teams who were present, and I had a great day,” Santos said. “All those months, that was preparation where you were just waiting for that one opportunity. I had the faith that it was going to come and I just had to be ready for it. I was in a position where I just had to take advantage of my next opportunity or it would be over. I’m proud of the way everything worked out and where I ended up.

“To me, it’s a dream come true to have a home again, something that I’ve been searching for the last several years. It means a lot to have that, I don’t want to call it stability, because as a kicker you’re always on your toes, but just to see the future more than just one week at a time.”

Tags: he santos was