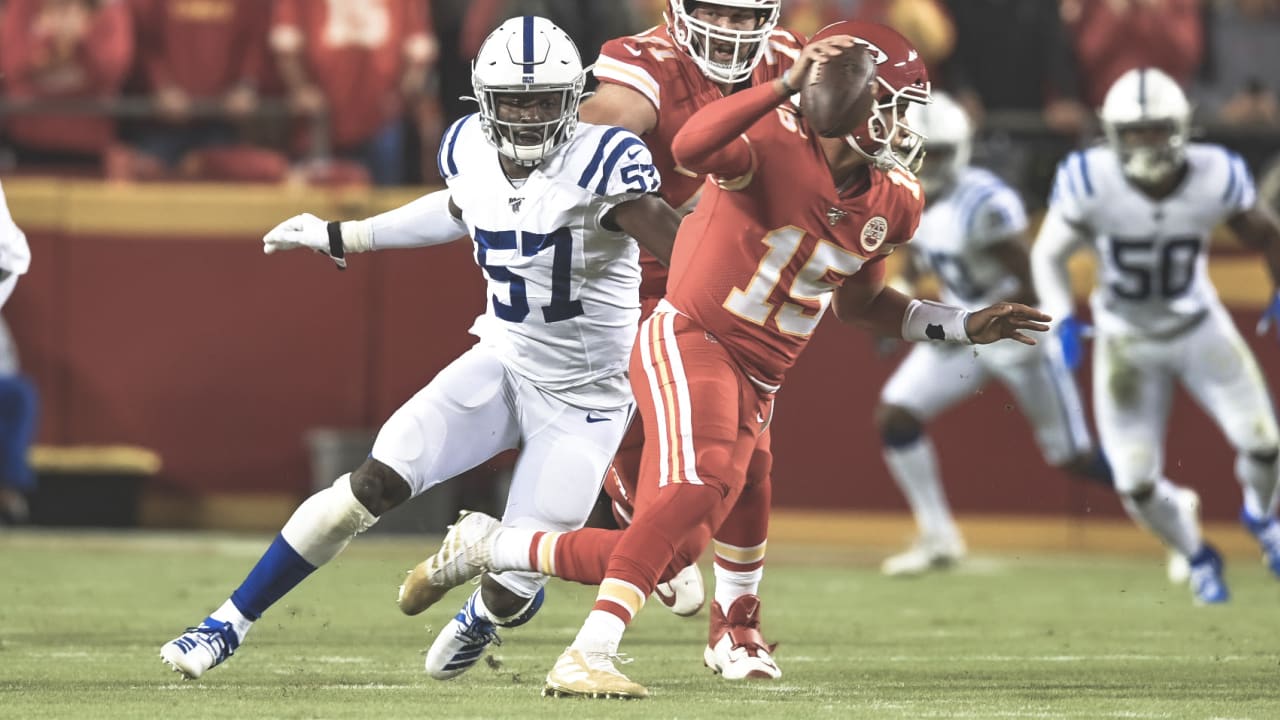 Reich said Turay will be placed on injured reserve.

Turay went down late in the fourth quarter of the Colts’ 19-13 victory at Arrowhead Stadium after a play in which he split a sack of Chiefs quarterback Patrick Mahomes. Turay was carted off the field after a lengthy break in the action, and was diagnosed with a fractured and dislocated ankle.

“That hurts,” Reich told Colts.com’s Matt Taylor on Monday. “Kemoko was really playing well, and we were excited about the year he was having, and (he was) just getting better all the time.”

The injury is cruel timing for a player like Turay who had made huge strides as a pass rusher in his second NFL season. A second-round pick by the Colts in the 2018 NFL Draft, Turay showed plenty of flashes in his rookie season, when he finished with 4.0 sacks and 28 total hurries, but he had been given a larger role heading into the 2019 season as Indy’s top speed edge rusher.

Turay was taking his game to a new level the first quarter of this season; he headed into Sunday night’s game against the Chiefs having accumulated a 26.5-percent pass-rush win rate on 34 total rushes, according to Pro Football Focus, which ranked first in the NFL among 124 qualifying edge defenders.

Turay finishes his second NFL season with five tackles, 1.5 sacks and a forced fumble; he had eight total quarterback hurries.

The Colts will now depend on rookie Ben Banogu to step up and take some snaps in Turay’s place. The second-round pick out of TCU this season has five tackles (one for a loss) and a half-sack through five games.

The Colts’ other pass rushers — Justin Houston, Al-Quadin Muhammad and Jabaal Sheard — will also look to continue adding pressure on the quarterback; Indy heads into its bye week with 13 sacks, which ranks tied for 12th in the NFL.

“We’re pretty deep there,” Reich said. “And we feel good about the guys who will step up.”

Who’s been ruled out of Sunday’s Week 12 matchup…