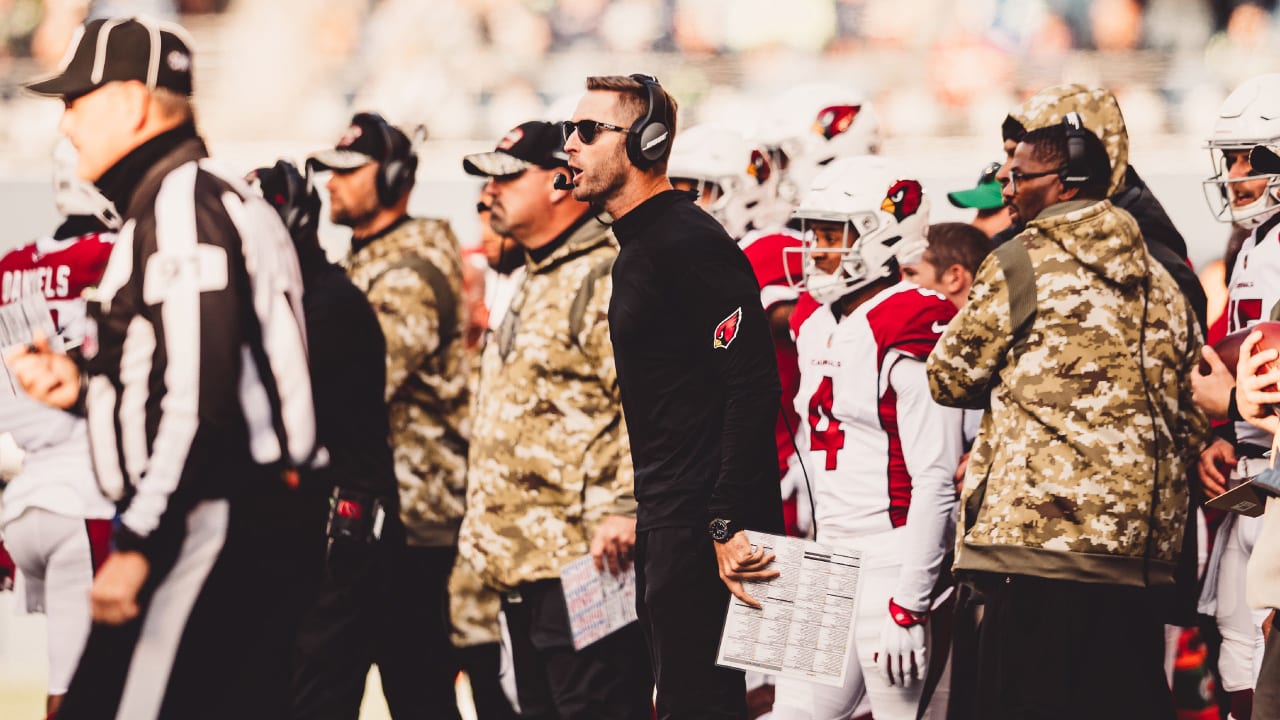 Kingsbury is admittedly introverted, but this season, whether it was a natural evolution or the collateral vibe he has felt with the victories piling up, the 42-year-old coach has flashed more of his personality both on the sideline and in front of cameras.

After the win in Los Angeles against the Rams, at the height of the hype around the second season of the Apple TV show “Ted Lasso” – about an American football coach that goes to London to coach soccer despite no background in the sport – Kingsbury compared himself to Ted.

“There are some real parallels between Ted Lasso and myself,” Kingsbury said. “Like the epic YouTube dance video. (And) ya’ll were at my (introductory) press conference, it was essentially the same one Ted Lasso had, where everyone was like, ‘Is this some kind of a joke?’ And then he’s weirdly positive all the time.”

Joseph smiles at the idea Kingsbury has shown some personality. Kingsbury is really funny, Joseph said, and that’s been apparent to him since 2019. But in front of the world? “First-time NFL head coach and not winning much the first two years, it’s hard to share who you really are,” Joseph said.

His players, however, know what they’ve got.

In the Cardinals’ first game without Kyler Murray this season, the tension perhaps ratcheted up in San Francisco with backup Colt McCoy in the lineup, Kingsbury was the most visibly emotional he had been since arriving in Arizona.

He wandered a few yards off the sideline multiple times arguing, and once started jawing with 49ers cornerback Josh Norman. “You have to pick your spots,” Kingsbury later said, but it was to the delight of his team.

“He’s that dude,” running back James Conner said. “Love playing for Coach King. He’s got that swag to him, like we have that swag.”

Kingsbury has been called a players’ coach. It doesn’t mean he is necessarily soft on them. Veteran defensive lineman Corey Peters said Kingsbury – like good coaches – will listen for input. Sometimes they’ll use it, sometimes not, but professional players want to be heard.

Peters said he’s been on teams when players never feel comfortable to execute whatever is being asked, and that is no way to win games.

But Kingsbury has always known how he wants his team to operate. It was Kingsbury’s game plan that won the game in Cleveland, even though he was home and watching video of the next opponent rather than pining to be in Ohio while watching the game live on TV.

“One of the things I respect the most about Kliff is he’s going to do it his way,” veteran quarterback Colt McCoy said. “He’s going to listen to feedback from guys who are on the field and his coaches, but Kliff has a clear understanding of what he wants this offense to look like, and we all trust in that.

“I want to execute it the way he sees it, because he sees it the right way, and it works.”

Kingsbury has a better roster than his first two years, and as Peters emphasized, the NFL is about having players first. But while Joseph said “coaching is coaching” when it comes to Kingsbury’s college-to-NFL jump, there is little question Kingsbury has grown too.

“I’m a very observant person,” Humphries said. “I love people watching – it’s one of my favorite things to do. That’s one thing I have noticed about him. Gradually every single year he’s expanding on what he does.