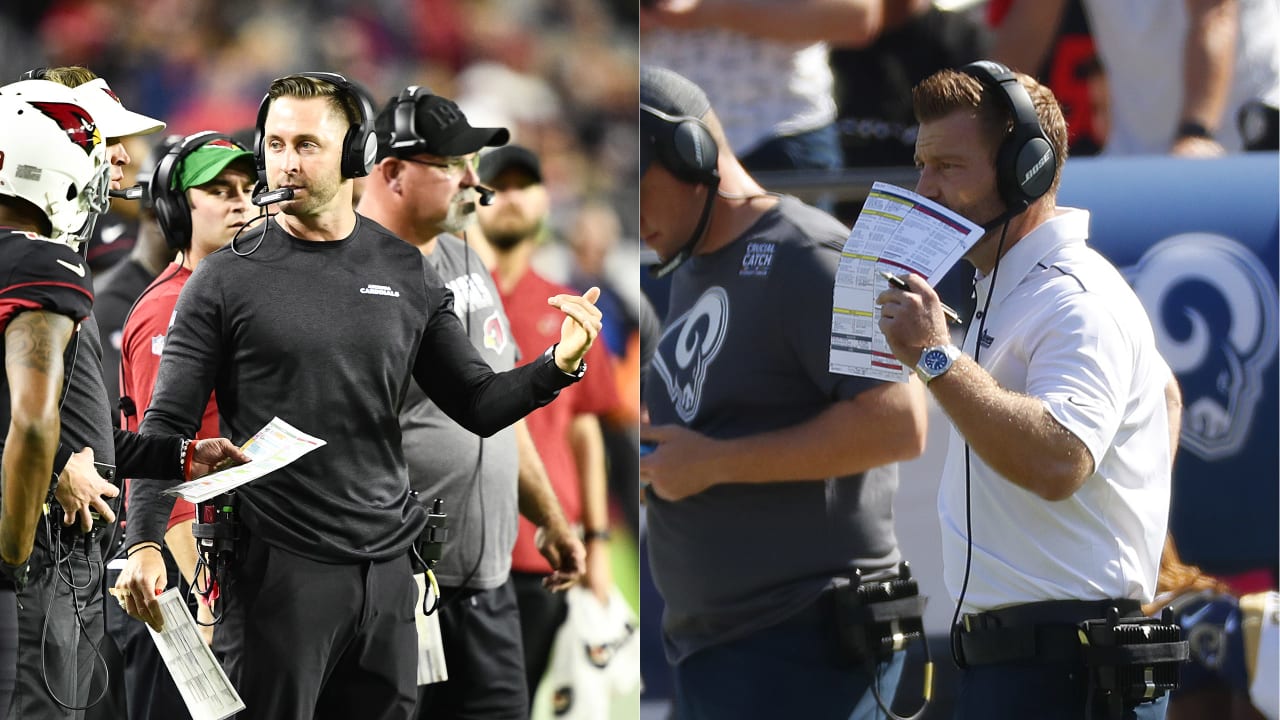 “It was crazy because (Gessner) told me, ‘This guy is going to be a star in coaching,’ ” Kingsbury said. “I was like, ‘Yeah, right.’ He was like the tight ends coach for the Orlando Tuskers. Good luck, buddy.

“But (Gessner) was right. You get around (Sean), talk to the guy, he is phenomenal as a person, as a coach, he can talk some football now.”

McVay said he had always respected Kingsbury from afar as a coach.

“When we got to know each other, he’s got a good vibe, he’s a great football coach, we both love football,” McVay said. “It was a pretty easy connection.”

The connection has made McVay comfortable enough to pull pranks like he did in the spring. McVay – having an offseason dinner with Kingsbury and Chiefs quarterback Patrick Mahomes, who played for Kingsbury in college – managed to set up a text on his phone from “Roger Goodell” saying the dinner was tampering. Kingsbury, new to the NFL, fell for it and feared the Cardinals could lose the No. 1 overall pick.

“I almost threw up,” Kingsbury said at the time.

Instead, Kingsbury owes McVay a prank.

Cardinals wide receiver Pharoh Cooper was with the Rams prior to his stint with the Cardinals, with the perspective of playing for each man in the NFL. The coaches run different offenses, Cooper said, but otherwise, the similarities can’t be denied.

“Finding creative plays, finding ways to get the football in guys’ hands,” Cooper said. “(Also) the way they carry themselves. That confidence, that demeanor.”

Sometimes it’s the little things Cooper thinks of with both younger coaches – guys that be out at practice and sing along with the players when a Drake song blares across the speakers.

“They are coaches that can relate,” Cooper said.

Much was made – and a lot of it negative – about Kingsbury’s friendship with McVay when Kingsbury was first hired. The Packers hired Matt LaFleur and the Bengals Zac Taylor after each had stints on McVay’s staff.

“It ends up being more of a fun narrative than anything else, but those guys are all great football coaches that are deserving of their opportunities,” McVay said.

Kingsbury, McVay emphasized, has been a head coach longer than he has been given Kingsbury’s Texas Tech stint. And despite the Cardinals’ record, Kingsbury has been gaining praise for the work he has done on the offensive side of the ball with quarterback Kyler Murray – which is why the Cardinals targeted Kingsbury in the first place.

Kingsbury was offered a spot by McVay, but Kingsbury also said McVay spoke highly of him whenever a team asked about Kingsbury’s NFL potential. As for being typecast as a “next Sean McVay,” Kingsbury said that was a credit to McVay’s NFL success.

“He earned that,” Kingsbury said.

Kingsbury, meanwhile, is working on his own NFL reputation, trying to get to the level his friend has already reached.

“I wouldn’t have this job if it weren’t for (Sean), obviously, and his success that he’s having,” Kingsbury said. “I understand that and have a ton of respect for him, and I’m always pulling for him.

“Except when they play us.”

4 possible replacements for Mike Nolan in 2021