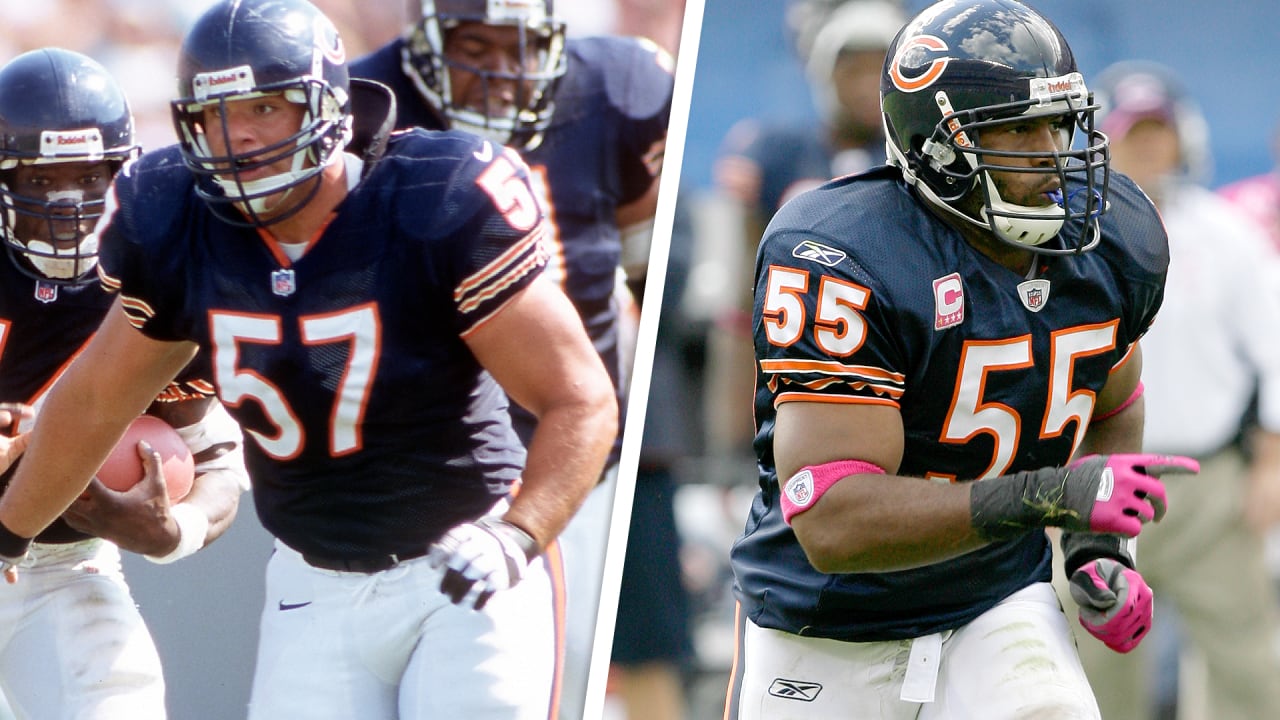 Center Olin Kreutz and linebacker Lance Briggs are among seven former Bears on a list of 122 modern-era nominees for the Pro Football Hall of Fame’s Class of 2020.

For one year only in 2020, the Hall of Fame will commemorate the NFL’s 100th season with a special centennial class that will be comprised of 20 members. The group will consist of five modern-era players, 10 senior candidates who have been retired for more than 25 seasons, three contributors and two coaches.

Kreutz and Briggs both joined the Bears as third-round draft picks in 1998 and 2003, respectively.

Kreutz was voted to six Pro Bowls in 13 seasons with the Bears from 1998-2010, anchoring the offensive line while winning four division championships and one conference title. The Washington product appeared in 191 games with 183 starts, one shy of Hall of Fame running back Walter Payton’s franchise record.

Briggs was selected to seven Pro Bowls in 12 seasons from 2003-14. He appeared in 173 games with 170 starts, recording 1,566 tackles, 15 sacks, 16 interceptions and 18 forced fumbles. His six defensive touchdowns are third most in Bears history and his five interception return TDs are second most. Briggs was the first linebacker in NFL history to return an interception for a touchdown in each of his first three seasons.

Jones played three seasons with the Bears from 2004-06 and ranks sixth on the franchise’s all-time rushing list with 3,493 yards and 22 touchdowns on 850 carries. Jones played a total of 12 NFL seasons, rushing for 10,591 yards and 68 TDs. He holds the Bears’ single-game postseason rushing record with 123 yards in a 39-14 win over the Saints in the 2006 NFC Championship Game.

Marshall was selected by the Bears with the 11th pick in the first round of the 1984 draft. He played his first four NFL seasons in Chicago, joining Hall of Famer Mike Singletary and Otis Wilson to form one of the league’s most dominant linebacking corps. Marshall was part of the famed 1985 Bears, who capped a magical 15-1 season with a 46-10 thrashing of the Patriots in Super Bowl XX.