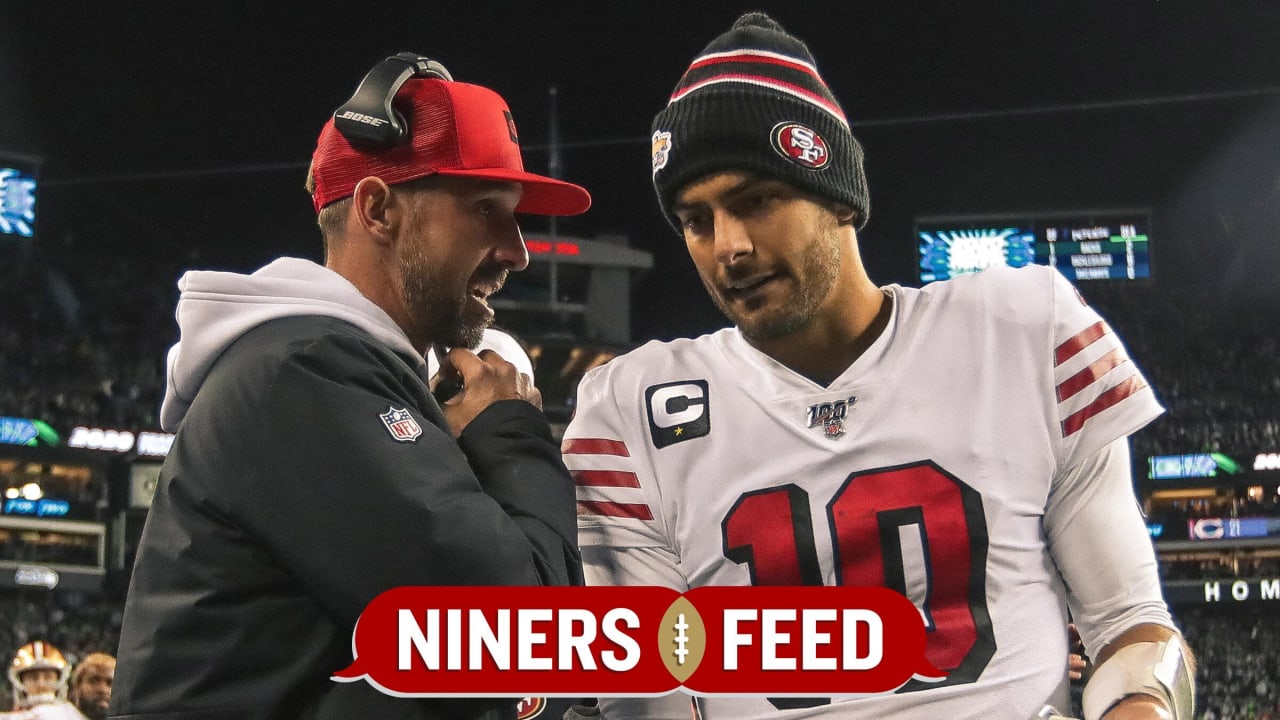 3. NFL Coaches Return to Facilities, But NOT the 49ers

At the start of the worldwide pandemic, the league stood on the decision to not allow teams to assemble until it is approved for all 32 clubs to return to their facilities to avoid the notion of competitive advantages. That idea changed on Thursday, as the league advised teams that coaching staffs may be among the employees returning to work on June 5. The 49ers are the only team who will not be allowed to return to their facility as local guidelines continue to prohibit Santa Clara businesses to re-open buildings.

Per NFL Network’s Ian Rapoport, “The team is aware and supportive of the plan and has been in communication with its local authorities to obtain all necessary permissions when available.”

According to Shanahan, without players being involved, he doesn’t see the lack of access as a disadvantage for the 49ers.

“It is what it is. I’m not too upset about it,” he said. “Yeah, you want every advantage possible, but our county is not there yet and it doesn’t bother me that much because I do understand. Plus, the players aren’t allowed in. Us coaches, we can meet like we’re doing right now on Zoom. We can go to the office and do it also. So, it doesn’t bother me if coaches want to go up to the office right now and get some stuff done because we haven’t been there in 90 days. That’s all good, but the players aren’t there. So, you’re not getting a big advantage. Nothing that we can’t do on Zoom meetings. So, I would feel differently if other players were allowed in the building in other places. That would be a huge disadvantage for us. But until guys can start working with players, it doesn’t bother me.”

Although the coaching staff doesn’t view not being at the team’s facility as an inconvenience, rookie development is. With the closing of team facilities, first-year players are forced to assimilate to the league while working from afar. Rookies, who already are dealing with various hurdles in transitioning to the NFL, are now faced with a steep learning curve while grasping new concepts without offseason practices.

“It will definitely have a huge effect on them,” Shanahan said. “It’ll affect each guy a little differently depending on what their makeup is, but we’re over-meeting. We don’t have a lot to do. I can’t go to a restaurant, can’t go anywhere. Our position coaches are the same thing. Rookies, we’re allowed to meet with more than just eight to 12. Those guys have gotten more meeting hours than are possible. I mean, you only can get so much, but it gets to a certain time where, yeah, they can almost coach the route because that’s what we’re doing, but then they’ve got to go apply it on the field. We need to see them do that. We need to film it. We need to come back in and watch how they move. ‘I’m articulating it this way, but obviously you’re running it this way. So you’re hearing it different.’ That’s just coaching and that’s what we’re working through, and our rookies don’t get any of that. They might think they have it and they’re going to get to camp and they’re not even close. The problem is, you usually work that stuff out in OTAs and stuff, and then the rookies get away for 40 days and they have a chance, when they come back to training camp, to make the team.”

As teams anticipate the reopening of facilities for training camp, it will be an uphill climb for a number of players on the roster bubble. Undrafted rookies, along with fringe players, will have limited opportunities to cement a spot on the team. Shanahan is aware of the potential set backs for several 49ers players heading into training camp as learning curves have been drastically altered in this year’s modified offseason.

“Where I’m still worried about guys now is how do you make the team in training camp when you’re on the bubble and it’s going to take you three weeks to figure it out,” Shanahan continued. “‘Well, you only have one week left and now earn it.’ So, those are the guys that I worry about a lot more, but this is how it used to be with quarters, the quarter system. We didn’t get Solomon Thomas and Kendrick Bourne our first year until training camp. They were allowed to come to minicamps, so they got two days of practice, but that was it. It always sets guys back and then some guys, just the way they think, the way they learn, the way they work, it doesn’t affect at all. Very few of them, but that’s what we’ll find out with our guys when we get to camp.”