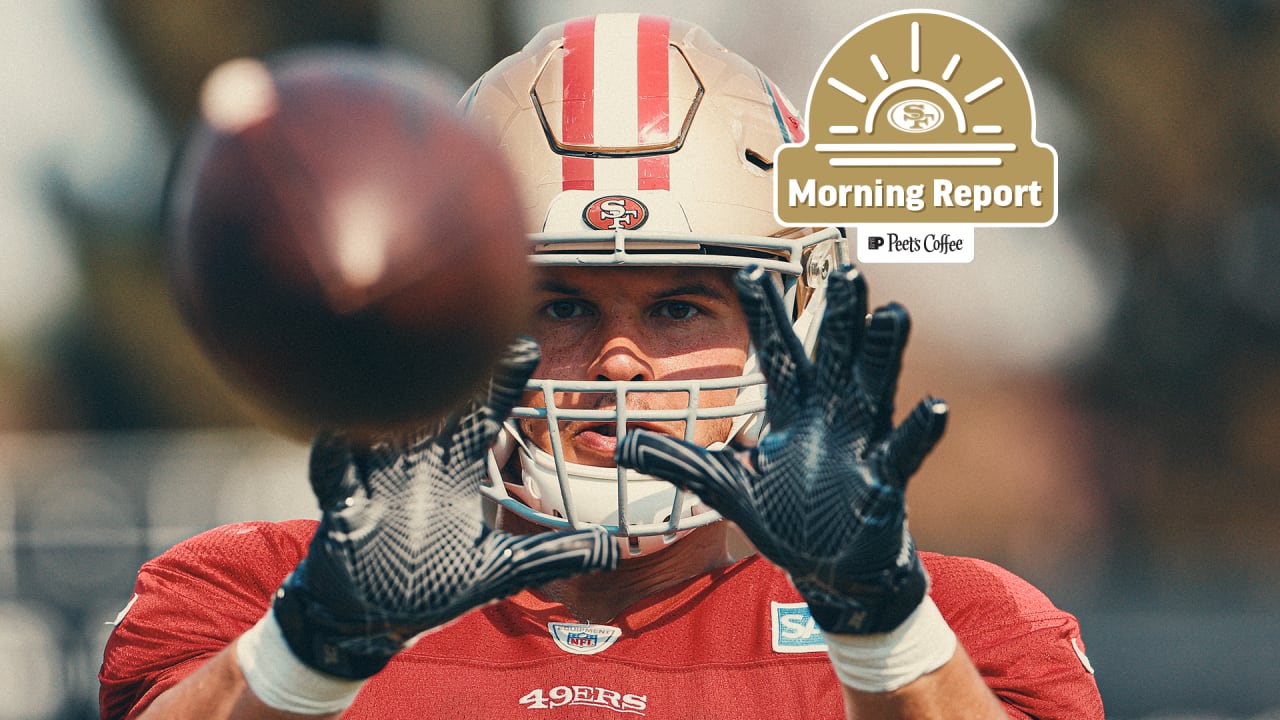 It’s widely known that Kyle Shanahan’s offense is predicated on a dynamic rushing offense. This notion was apparent during the team’s 2019 campaign where San Francisco’s rushing offense averaged an impressive 144.1 yards per game, ranked second best in the league. Additionally, the 49ers averaged 4.6 yards per carry, ranked eighth in the league, 64 explosive run plays of 10-plus yards (ranked second) and a league-high 28 rushing touchdowns in 2019.

Shanahan puts an emphasis on talent that can help the success of the run game, in particular, skill players who are effective in blocking. In the sixth round of the 2020 NFL Draft, the 49ers selected tight end ﻿Charlie Woerner﻿﻿, a proficient run blocker during his time at Georgia. Woerner’s stats as a pass catcher with the Bulldogs did not jump off the page. His most productive season came in 2018, where he caught 11 passes for 148 yards. However, where he truly excelled was as a blocker, grading at an impressive 82.9 mark in the run game last season. Read More >>>

Looking ahead to the 2020 season, Pro Football Focus writer Anthony Treash revealed the rankings of all 32 NFL offenses using factors such as quarterback situation, PFF play-by-play grading, and the unit’s playcaller and per-play efficiency in 2019. Coming in at No. 8, here’s what Treash had to say about the 49ers:

“Kyle Shanahan has transformed this offense into a superpower. A season ago, the 49ers produced the seventh-most-efficient offense in terms of EPA per play and caused headaches for the opposition through heavy motion and play-action usage.

“Quarterback ﻿Jimmy Garoppolo﻿ posted the seventh-lowest rate of uncatchable throws in the NFL last season, which helped him produce the 13th-best passing grade in regular-season play. He still struggles to see linebackers and makes too many bad decisions over the middle of the field, but make no mistake, San Francisco can win with Garoppolo at the helm.

“The receiving unit’s shining star is none other than tight end ﻿George Kittle﻿, who is coming off a 95.0 PFF grade that ranked first at his position. In today’s NFL, you need a tight end with elite after-the-catch ability, and Kittle has that in spades.

“As for the rushing attack, it doesn’t matter if it’s ﻿Raheem Mostert﻿, ﻿Tevin Coleman﻿ or anyone else carrying the ball — Shanahan’s system will lead to plus production.”