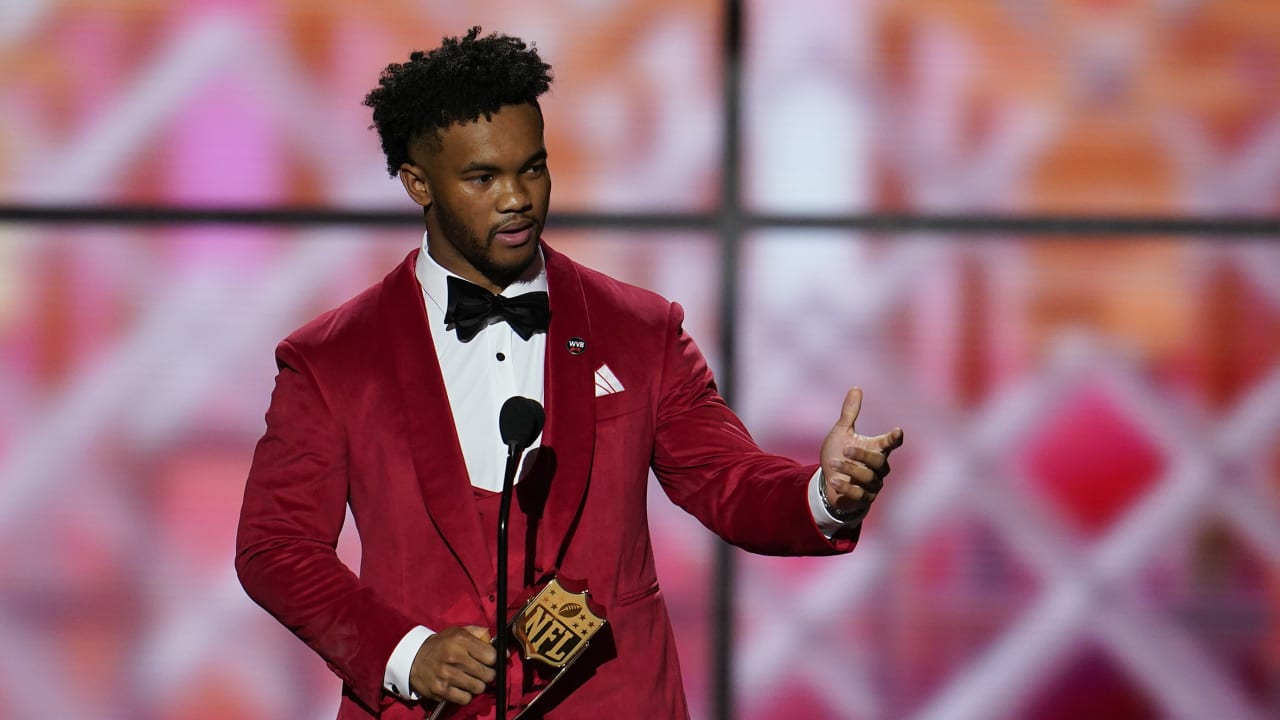 Murray threw for 3,722 yards while completing 64.4 percent of his passes for 20 touchdowns and 12 interceptions. He also rushed for an additional 544 yards and 4 scores. He was only the second rookie (and sixth player ever) to pass for at least 3,500 yards and run for 500 in a season. He also set an NFL rookie record with 211 straight attempts without an interception.

He becomes the third Cardinal to win NFL Offensive Rookie of the Year honors, after running back Ottis Anderson in 1979 and wide receiver Anquan Boldin in 2003.

“This year, I think going into it, I don’t think people had a lot of expectations for (the Cardinals),” Murray said. “But for me personally, every time I touch the field, I feel like I have a chance to win the game no matter who is on my team. I trust my guys, my coaches, I know the work we put in. But I think (this) is a real confidence booster. We started the season slow, but I felt toward the end we were really clicking on all cylinders.”

Murray’s top competition had been Titans wide receiver A.J. Brown, who had 52 receptions for 1,051 yards and 8 touchdowns for a playoff team, and Raiders running back Josh Jacobs rushed for 1,150 yards and 7 touchdowns. Jacobs had been the player many thought by late in the season who would win, until injuries kept him out of three of Oakland’s final four games.

But the vote was not close. Murray got 26.5 of the 50 available votes, with Jacobs getting 13, Brown 9.5 and Eagles running back Miles Sanders 1.

Patriots cornerback Stephon Gilmore was named NFL Defensive Player of the Year, meaning Cardinals linebacker Chandler Jones did not. Jones did finish second in the voting, with Gilmore getting 21 votes out of 50 and Jones receiving 14 votes.

FITZGERALD WINS “ANYTHING BUT ORDINARY” AWARD

Wide receiver Larry Fitzgerald was named the inaugural winner of the Microsoft “Anything But Ordinary” Player of the Year award, given to the player who has unique achievements, passions and creative talents off the field. Fitzgerald won for his passion and skill documenting his world travels through his own photography.