GLENDALE, Ariz. — A.J. Green didn’t hesitate for a split-second when asked the question: When was the last time you were not a No. 1 receiver?

“I don’t think ever,” Green said with a slight laugh. “Been a while, but I’m excited. I’m excited for my opportunity.”

Green, with seven Pro Bowl nods, will be the Arizona Cardinals‘ No. 2 receiver this season behind DeAndre Hopkins, who finished third in the NFL in receiving yards last season and accounted for 34% of the Cardinals’ receiving yards — most in the league.

Neither has played alongside a receiver like the other. Both are steadfast in their belief the other is the best receiver they’ve played with, though Hopkins had to clarify that Andre Johnson in Houston and Larry Fitzgerald in Arizona were at the end of their careers when he played with them.

“I feel like A.J. is still in this prime,” Hopkins said.

Green feels like that, too. And if that proves true, defensive coordinators may not get much sleep, Cardinals wide receivers coach Shawn Jefferson said.

“Defenses, they got to pick their poison this year, man,” he said. “It’s going to be a thing of beauty to sit back and watch this.”

Jay Gruden, who was the Cincinnati Bengals offensive coordinator during Green’s first three seasons in the NFL, pointed out most teams only have one cornerback good enough to cover a receiver like Hopkins.

“If you have one good corner on your team and you’re playing man-to-man on third-and-5, you’re going to travel him with Hop and leave your second-best guy with A.J.?” Gruden said. “Are you out of your mind? That’s the big issue.

“It’s going to be really hard. Kyler Murray should have fun.”

So how will they fit together? Hopkins will generally line up out wide on one side of Murray while Green will be wide on the other, a position that Gruden said fits Green perfectly because of his size, length and strength. One of the first things Green and Hopkins talked about after Green signed in March was their alignments. Hopkins told Green: “If you want a route and I’m on that side, we can switch.”

And they don’t have to run it by Cardinals coach Kliff Kingsbury, who calls the offense’s plays.

“Whoever’s running a route between A.J. Green and DeAndre Hopkins, I’m going to be happy with,” Kingsbury said.

Gruden, the former Washington Football Team head coach, has also suggested putting them on the same side where “it’ll be even more fun to watch,” he said.

Jefferson thinks Green’s career can be “resurrected” by being a No. 2 after dealing with an ankle injury that kept him out of the 2019 season and finishing with a career-low in receiving yards last season after catching passes from three different quarterbacks.

Green and Hopkins are acutely aware of exactly how each will help the other — and what kind of relief that’ll be for the 33-year-old Green.

“We can be dynamic,” Green said. “There’s a lot of pressure off me, where I can just go out there and be me, and do my job.”

“I always wanted another guy,” Green said. “I don’t want to be forced the ball. Here, you don’t have to be forced to ball. You got somebody like Hop on the other side, man. You got me on other side. You got [Christian] Kirk in the middle, creates a lot of matchups, different metrics and that’s why I picked this place.” 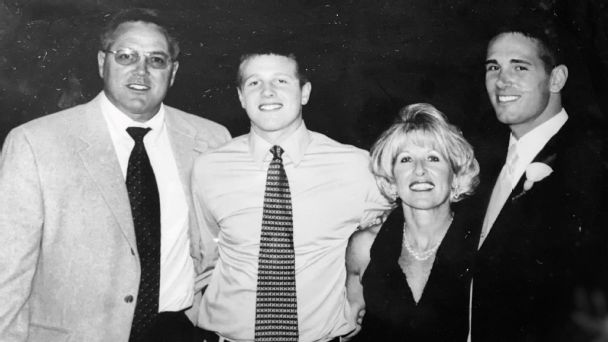 “He’ll help me out a lot,” Hopkins said. “Obviously, having someone who can go get any kind of ball and run any kind of route, he’s tall, but he’s still gonna play underneath and go in there with linebackers.

“You can’t just focus on me having someone like that, that can win one-on-one nine times out of 10.”

Beating one-on-ones has been Green’s calling card throughout his first 10 seasons in the NFL, and he may see more single coverage in 2021 than ever before.

“So, now they’re not going to be able to double D-Hop all the time. So, we should see both of those guys numbers skyrocket.”

If both receivers are healthy the entire season, Jefferson doesn’t think it’s out of the realm of possibility that Hopkins can finish with 1,500 yards and Green can have 1,000. The last time Arizona had two 1,000-yard receivers was 2015 with Larry Fitzgerald and John Brown. Coincidentally, it was the last time Arizona made the playoffs.

Green has missed about a week and a half during training camp because of what Kingsbury called a “minor issue,” declining to disclose the injury. Green returned to the field Sunday, taking part in individual drills and running off to the side during team drills.

When Green has been healthy, he’s looked like the Green of old.

“This offense fits me to a T, because that’s what I’m used to,” Green said. “When I first came into the league with Jay Gruden, a lot of big posts, a lot of different outside routes. That was my bread and butter. In the last couple of years, that wasn’t the case.”

Green is one of the best receivers at adjusting to throws Gruden has seen, ranking him alongside DeSean Jackson. The difference between the two is that Green is 6-foot-4 and Jackson is 5-foot-10. It was Green’s body control and his ability to contort himself to make a catch that still stands out to Gruden.

Already in practice, Jefferson has seen when the coverage has rolled toward Hopkins, Green has made plays deep and over the top.

“If they want to play one-on-one coverage on them,” Jefferson said, “God bless them.”

As soon as Jefferson was able to talk with both receivers after getting hired in February, he told them his mission was simple: “I’m not gonna screw this up, I’m not gonna overcoach you, I’m just gonna coach the details of what you do and we’re going to go from there. I’m gonna let you play. I’m not gonna put you in a box.”

Having two receivers of Green’s and Hopkins’ caliber is a “coach’s dream,” Jefferson said.