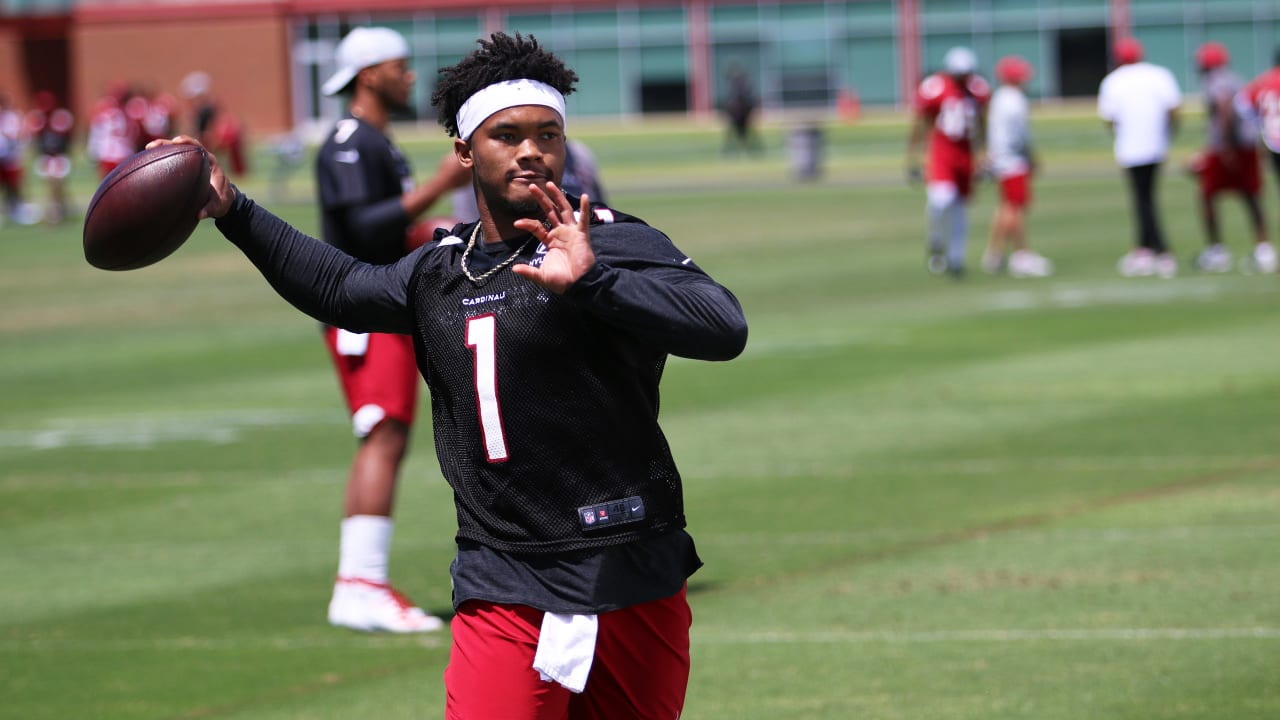 Kyler Murray will start throwing in person to his teammates this week – at least, that’s what Kliff Kingsbury expects.

Meanwhile, save for a stop into the team facility Monday morning for a brief time, Kingsbury isn’t planning on working in the office even though the NFL has cleared coaches to return. The rest of his coaches haven’t come back either.

Working remotely with the coaches has been a smooth process, Kingsbury said during a Monday Zoom press call, as have virtual meetings with players. But without players around physically, the Cardinals’ coach acknowledged the summer work has about reached its limit.

Kingsbury chuckled as he said it, but it remains NFL reality. That’s why the question of when Murray will get together with teammates is so important. Wide receiver DeAndre Hopkins recently said it was likely to happen soon, so Kingsbury’s belief it would happen this week isn’t a surprise.

The coach also said Larry Fitzgerald‘s annual workouts in Minnesota were another possible gathering point. Kingsbury added Murray’s work with teammates would “kind of roll into whenever training camp may be.”

That’s about as detailed as Kingsbury could get about the logistics of training camp.

“I am waiting to hear how that is going to happen,” said Kingsbury, who said more clarity could be coming by the end of the week. “I think the NFL has been smart giving us a couple weeks at a time. So that’s where we are at.”