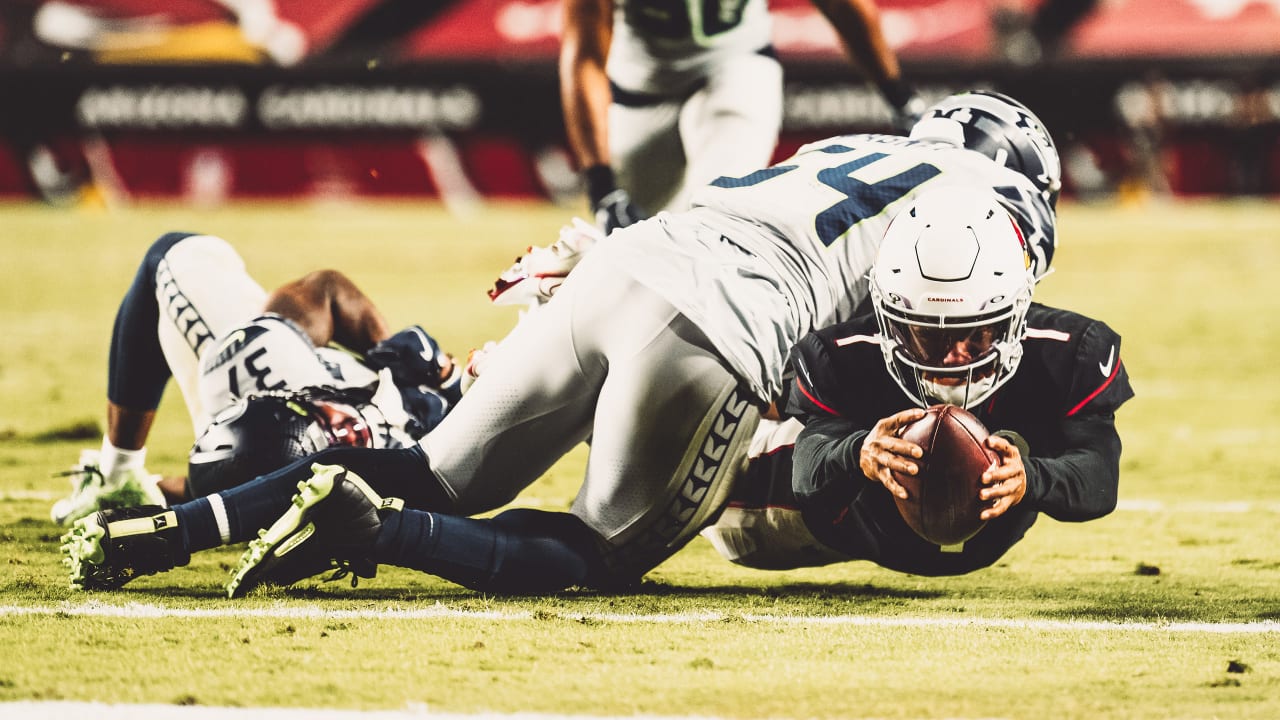 “I don’t think I smiled all game,” Murray said. “We just had to have our head down and keep grinding. Playing against Russell (Wilson) anything’s possible and I think everybody saw that tonight. For me personally my mindset was ‘just move the ball, do what I do, move the ball, be myself, lead the guys down the field, and make smart decisions, take care of the ball,’ and like I said just be myself.”

Against the Seahawks, Murray became the first player in NFL history to throw for at least 350 yards and three touchdowns while also rushing for at least 50 yards and a TD. Murray already has six games this season — out of seven — with both a passing and rushing touchdown. His seven rushing touchdowns this season has already set a single-season franchise record for a quarterback.

“He’s fun to coach,” Kliff Kingsbury said. “He’s competitive. He wants to be great. Any time you’re going toe-to-toe with a guy like Russell Wilson, it meant a lot to him.”